Upset with the continued work on a cycling track despite objections to it, environmentalists point out that the civic Development Control Regulations don’t allow construction in a 100 metres zone of the periphery of Powai lake 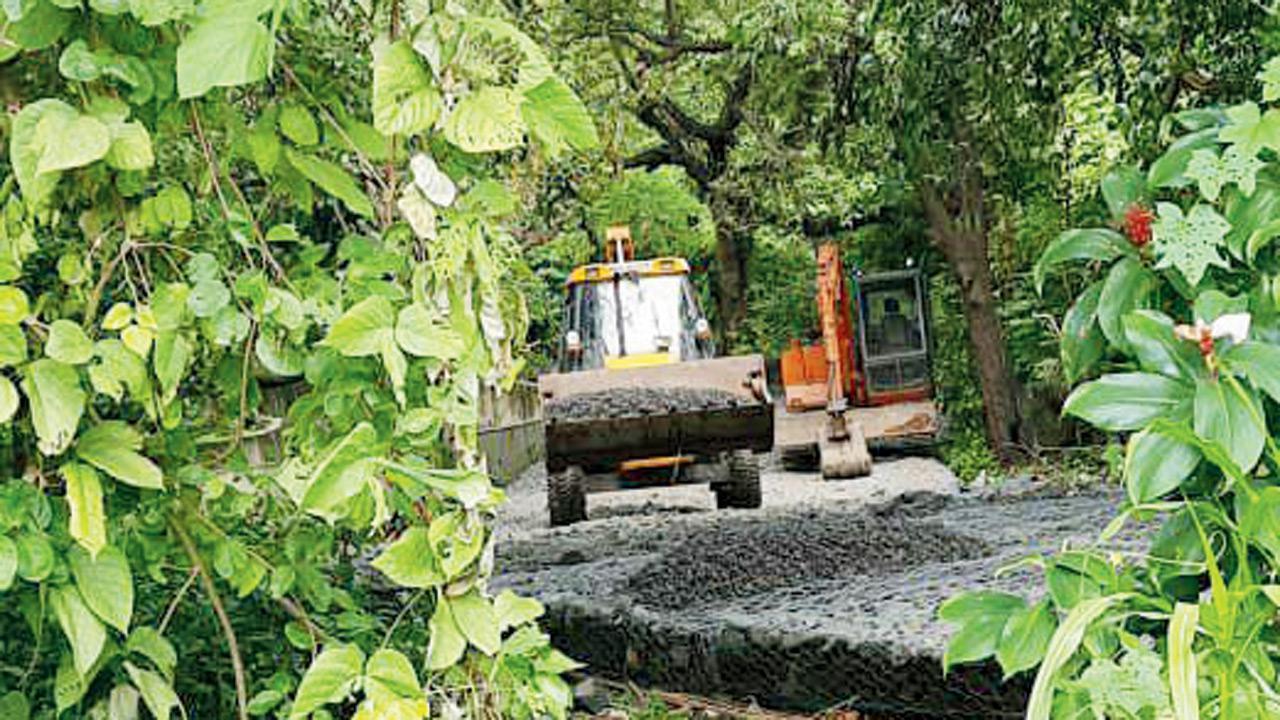 
The controversy over the construction of a cycling track at Powai lake continues to rage, with nature lovers opposing it, claiming it will have a negative impact on the biodiversity of the lake and crocodile habitat. They claim the Brihanmumbai Municipal Corporation’s (BMC) own Development Control Regulations (DCR) don’t allow any construction whatsoever in a 100 metres zone of the periphery of Powai lake. For weeks environment and nature lovers have been opposing the plan of construction of a cycle track along the periphery of Powai Lake. A cyclists’ group also protested saying it will harm the flora and fauna of the lake.

Green activist Zoru Bhathena said “The BMC’s own Development Control Rules prohibit any construction around Powai Lake. It also lists what can and what cannot be done around such natural areas. Should the BMC not follow its own rules? Rules that have been put into place to protect environmentally sensitive areas like Powai lake?” 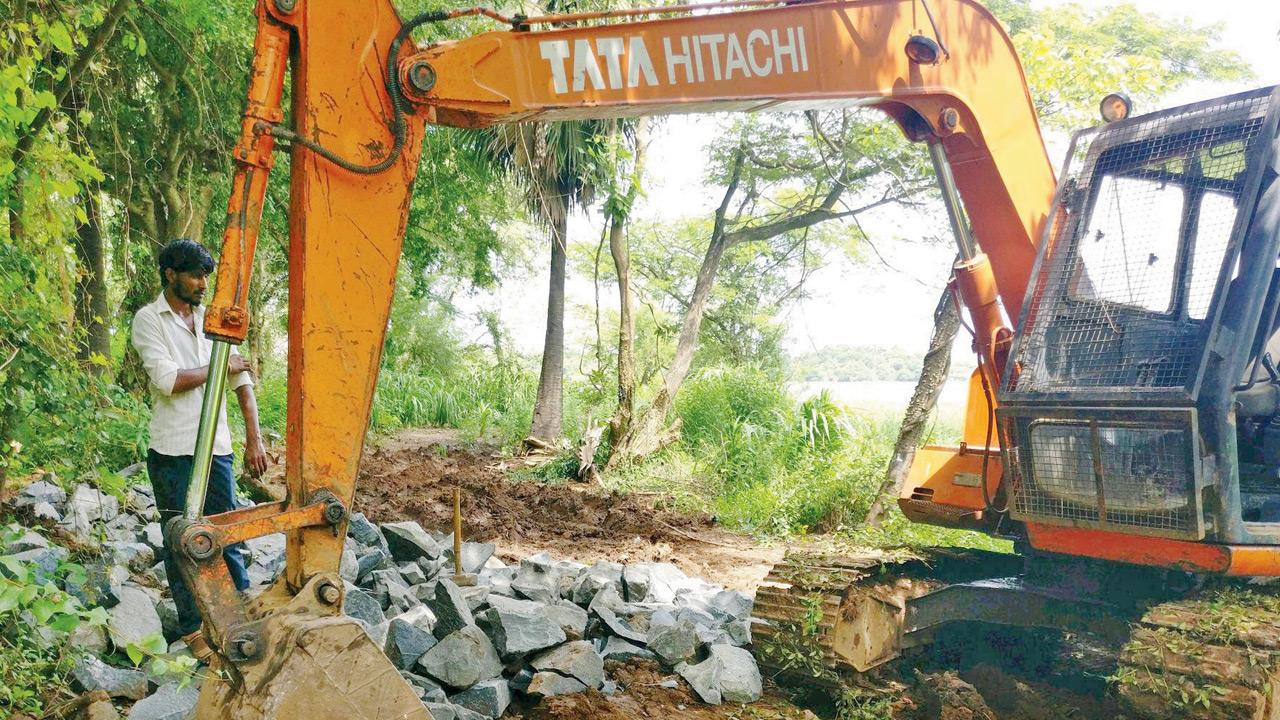 Many nature lovers have been demanding that citizens should be consulted by BMC. On September 20, Fridays for Future India, tweeted, “ This are not so eco friendly visuals of the ongoing construction work of a cycling track just besides the Powai lakes which is home to good healthy population of crocodiles..Felling of trees & reclamation of the wetland is decimating this ecosystem..#SavePowaiLake. (SIC” Environment activist Manan Desai tweeted, “ The cycling track along the banks of powai lake will result in cutting of many trees which will have negative repercussions on crocs, who bask on the shore and in the mucky areas, lay their eggs.. #SavePowaiLake (SIC).” 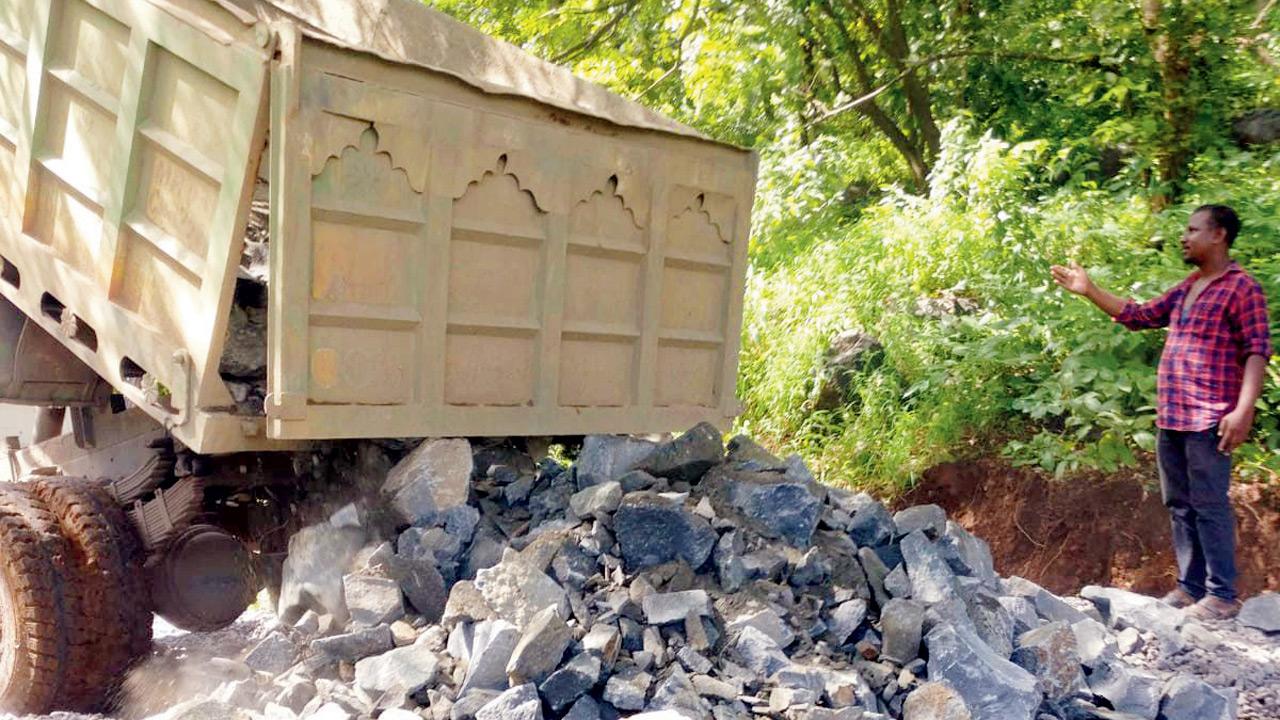 But the BMC seems determined to go ahead with the cycle track. Asked about the environmentalists’ allegations, P Velrasu, additional municipal commissioner (projects) said, “It is being done after consulting environmental engineers. The BMC gives utmost importance to environmental aspects. We use only gabian structures which are breathing structures and the continuity of water flow is maintained with external catchment area. Lots of thought and discussion has gone into it. It will be an eco-friendly structure aimed at the benefit of the general public, and also cyclists, as community space to go around the beautiful Powai lake. We also considered the international experiences before narrowing down the engineering options.”

Next Story : 15 days on, no sign of Kalyan woman and her 8-year-old son