Moderate to heavy rain predicted over next 2 days; despite uptick, this is the driest June in city since 2014 at 291.8 mm monthly rainfall 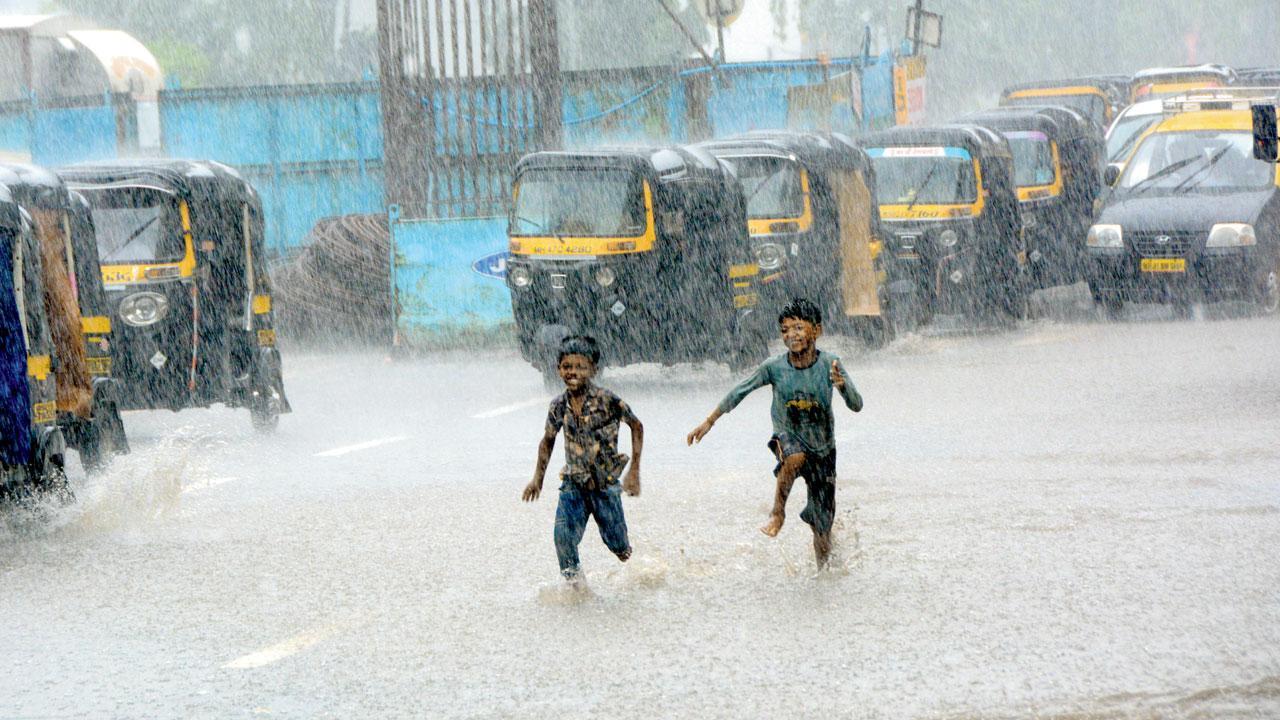 
Following a period of relatively dry weather or deficit rainfall in Mumbai and surrounding areas, the city will now experience moderate to heavy rainfall over the next two days, as per the India Meteorological Department’s (IMD) Mumbai centre. “In the next 24 to 48 hours, Mumbai and adjoining areas will receive moderate to heavy rainfall whereas there is a possibility of very heavy rainfall at isolated areas. We hope that the spread of rainfall in catchment areas gets better too in the next few days,” said an IMD official.

The rain has been ascribed to an offshore trough along the west coast, as well as a cyclonic circulation across Madhya Pradesh and neighbouring states. IMD Mumbai has also issued an orange alert for Raigad on July 1 and Ratnagiri on July 1 and July 2.  “Intensity of rain is set to improve in the next three to four days between June 30 and July 4. Mumbai is likely to witness frequent heavy showers till Monday. Lake level too is expected to rise by 10 per cent,” said Rajesh Kapadia from Vagaries of Weather—a popular weather blog.

In the 24 hours ending at 8.30 am on Thursday, Mumbai's Santacruz observatory, which represents the suburbs, recorded 41.4 mm rain while Colaba observatory, representative of south Mumbai, recorded 33.2 mm rain. Thereafter, from 8.30 am to 11.30 am, the intensity of the rain increased with 75 mm rain reported at Colaba and 12 mm at Santacruz.

There were several rain-related mishaps in the city along with waterlogging in several areas. Apart from a major house collapse in Kalbadevi on Thursday, the civic disaster management department reported two house/wall collapse incidents, 10 incidents of tree and branches fall and 8 incidents of short-circuit. Several areas also reported slow moving traffic while the subway at Andheri had to be shut temporarily due to waterlogging. Motorists also complained of low visibility.

While the southwest monsoon has started, the city has not seen three-digit rain so far. Meteorologists hinted that it does not seem likely in the coming days too. In the past 10 years, 2014 was the only year when June did not see three-digit rain and settled at 87.3 mm, thus making June 2022 the driest one since 2014 and the second-lowest in the last 10 years, at 291.8 mm. As of 8.30 am on Thursday, IMD’s Santacruz observatory recorded just 291.8 mm rain as opposed to the normal of 493.1 mm. Colaba observatory reported 361.4 mm of rain  during the same period while the average monthly rainfall is 540.9 mm. Mumbai’s all-time highest June rainfall was recorded at 1,106.7 mm in 2015. Monthly rainfall had breached the 4-digit mark in 2012 too, at 1,029.8 mm.

No improvement in lake levels

Despite the uptick in rainfall, the seven lakes supplying water to Mumbai have seen little to no improvement. According to BMC data, as of June 30, the lakes have only 1,52,153 million litres of usable water, as against the total capacity of 14,47,363 lakh million litres (water required for annual supply). Last year on the same day, the stock was 2,57,835 million litres.

Next Story : Kalbadevi collapse: Building was under repairs for 2 years