Sanjay Raut thanks opposition parties for supporting him 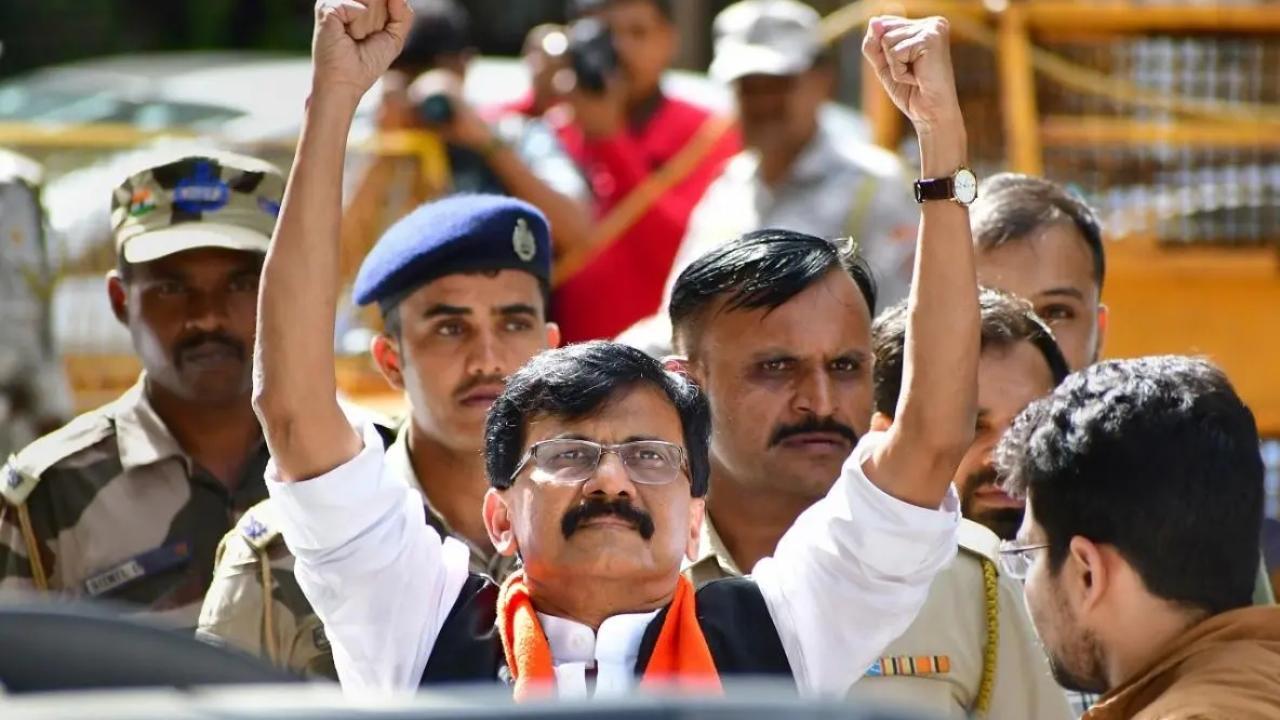 In the letter, he thanked leaders of all opposition parties including the Congress, NCP, TMC, DMK, AAP, CPI and CPI (M) for expressing solidarity with him.

The Shiv Sena's Rajya Sabha member was arrested on August 1 by the ED in a case related to alleged irregularities in the redevelopment of Patra Chawl, a row tenement in suburban Goregaon.

Also Read: During custody, ED kept me in room that has no window and ventilation: Sanjay Raut tells court

On Thursday, a court extended his ED custody till August 8.

"The toughest times show you who your reliable allies are," the letter said.

"I am thankful for the overwhelming support given to me during the political witch-hunt and motivated attack directed against me by the central government through central agencies. My fight will continue for what is right. Neither will I bow down to pressure nor will it break my resolve to see this fight through," Raut wrote.