Breaking News
I need work, I have a family to look after: Former India cricketer Vinod Kambli
Mumbai: In Aaditya’s Worli, are Sainiks slipping out of Thackerays’ fingers?
Maharashtra legislature monsoon session from today
Sensex reclaims 60,000 mark after 4 months, investors richer by Rs 25 trillion
Maharashtra: More than 50 injured after 3 bogies of train derails in Gondia
ED to name Jacqueline Fernandez as accused in Rs 200 crore money laundering case
Home > Mumbai > Mumbai News > Article > Sanjay Rauts cryptic jibe at rebel MLAs asks How long will they hide in Guwahati have to return to Chowpatty

Sanjay Raut's cryptic jibe at rebel MLAs, asks 'How long will they hide in Guwahati, have to return to Chowpatty?'

Maharashtra deputy speaker Narhari Zirwal has sent notices to the 16 Shiv Sena rebel MLAs. The MLAs have to be present in Mumbai on June 27 for the hearing of disqualification 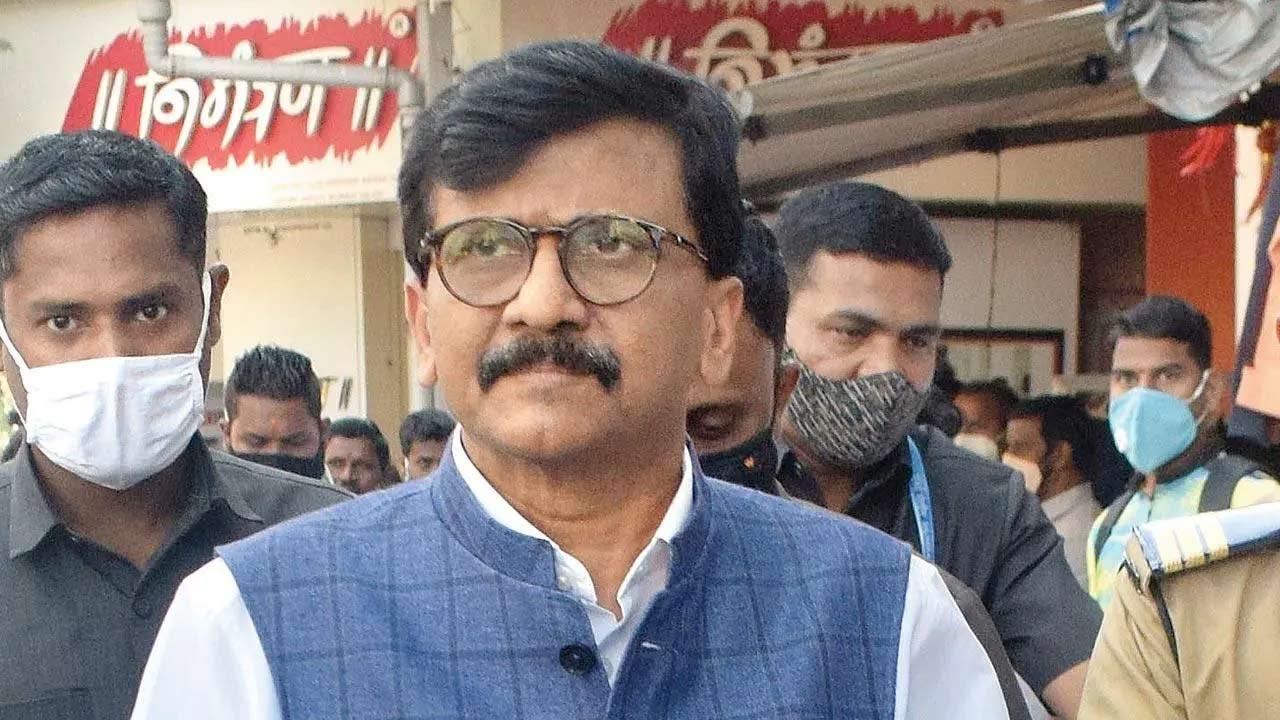 
Amid twists and turns in the political drama of Maharashtra, Shiv Sena leader Sanjay Raut took a potshot on the Eknath Shinde-led faction of rebel MLAs and asked how long they will hide in Guwahati in Bharatiya Janata Party-ruled Assam finally they have to return to Mumbai.

The political turbulence in Maharashtra was triggered by the faction war in Shiv Sena after Minister Eknath Shinde flew to Surat with some MLAs and then to Guwahati where he claims of having the support of 38 MLAs of the party, thus achieving the two-thirds majority in the Shiv Sena. Taking to Twitter, Raut said, "Kab tak chhipoge Gauhati mein...Aana hi padega Chowpatty mein (How long will you hide in Guwahati, you have to come back to Chowpatty)."

According to sources, Maharashtra deputy speaker Narhari Zirwal has sent notices to the 16 Shiv Sena rebel MLAs. The MLAs have to be present in Mumbai on Monday for the hearing of disqualification. Notably, Zirwal has earlier approved the appointment of Ajay Choudhary as Shiv Sena Legislature Party leader, replacing Shinde, the state cabinet minister who rebelled against the Shiv Sena leadership.

Zirwal also turned down the Shinde camp's suggestion to appoint rebel Shiv Sena MLA Bharat Gogawale as the chief whip of the legislature party in place of Sunil Prabhu. Interestingly, the Shinde faction named their group as 'Shiv Sena Balasaheb'. The naming of the group after the name of the Shiv Sena founder Balasaheb Thackeray attracted sharp reactions from the Uddhav faction as the Chief Minister said that those who left the party should not seek votes in the name of the party founder.

"Chief Minister Uddhav Thackeray has said that the leaders who have left Shiv Sena should not ask for votes in the name of Shiv Sena and Balasaheb Thackeray. Ask for votes in the name of your father. Maha Vikas Aghadi is united," Sanjay Raut said earlier. "People will come to know what actions will be taken against those who have left the party by the evening. The work that Chief Minister Uddhav Thackeray has done is commendable. We will all fight the elections under his leadership," he added.

Eknath Shinde claims to have the support of 38 MLAs of the 56 Shiv Sena legislators, which is more than two-thirds of the party's strength in the 288-member Maharashtra Legislative Assembly. It means that they can either leave and form another political party or merge with another without being disqualified from the state assembly. Meanwhile, rebel Shiv Sena MLA Deepak Kesarkar claimed that their faction has two-thirds majority while denying merger talks with any party.

"We are still in Shiv Sena, there is a misunderstanding that we have left the party. We have just separated our faction. We have the two-thirds majority to follow the path we wanted. Our new leader is chosen by the majority. They didn't have more than 16-17 MLAs," Kesarkar said. "There is no need to merge, our faction will be given different recognition and we aren't merging with any other party. Recognition should be given to our faction, if it isn't given, we will go to court and prove our existence and numbers. We have numbers, but we respect CM Uddhav Thackeray, we won't speak against him. We must follow the path on which we fought Assembly elections," he added.

Notably, Eknath Shinde was unanimously elected as the leader of the faction recently which is revolting against the Uddhav faction. The Uddhav Thackeray faction recently submitted a plea before the Maharashtra Assembly deputy speaker to disqualify 12 rebel MLAs.