CR informed on Twitter that due to technical problem at Thane, local trains were held up 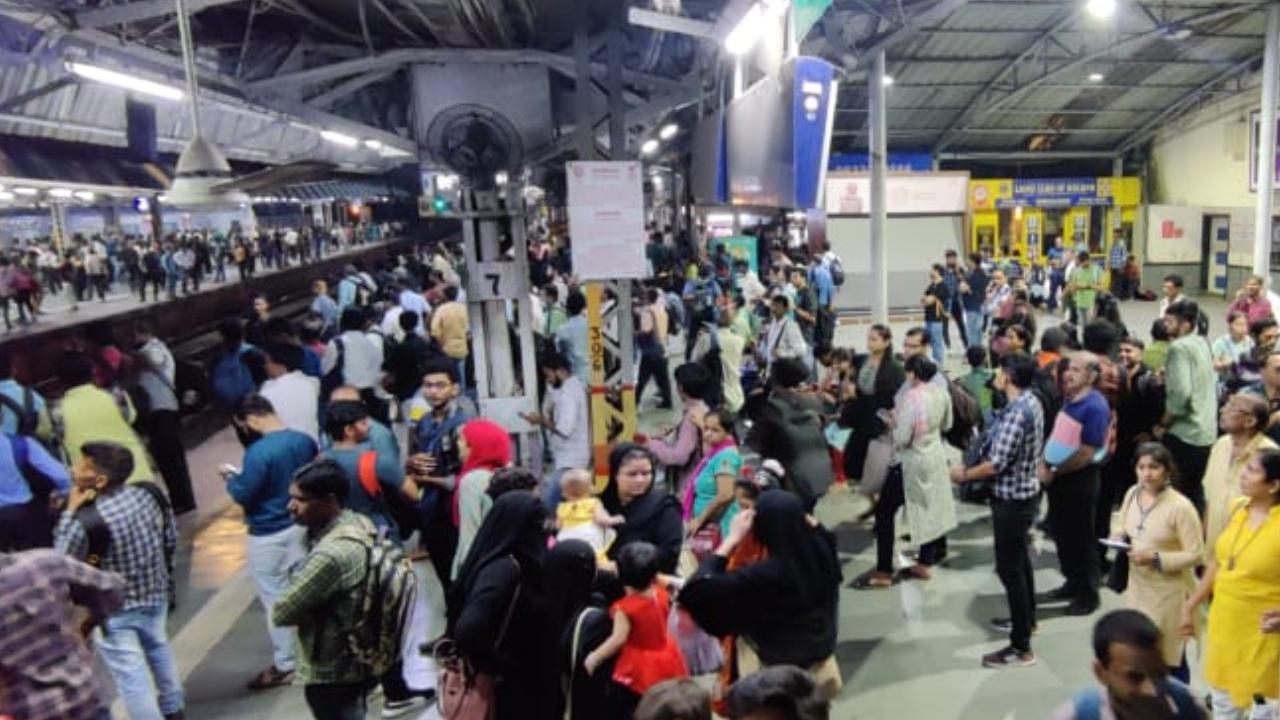 
Local train services on the main line of the Central Railway (CR) were disrupted due to a technical glitch at Thane station on Friday evening.

CR informed on Twitter that due to technical problem at Thane, local trains were held up.

Taking to Twitter, Central Railway said: "Due to technical problem at Thane locals were held up.  All traffic restored at 19.35 hrs. Locals running late due to bunching."

Due to technical problem at Thane locals were held up. All traffic restored at 19.35 hrs.

Locals running late due to bunching.

Many commuters claimed that the suburban services on the CR were running late by at least 30 minutes.

An official told PTI, the suburban train services on the CSMT-Kalyan section of Central Railway were affected on Friday evening due to a signalling fault at Thane station, leaving several thousand commuters inconvenienced.

The technical fault took place at 6:57pm and resulted in the "bunching" of trains one after the other, leaving the evening rush hour, which sees people going back home from work, affected.

Train services on the CSMT-Kalyan Down fast line were restored at 7:23 pm and all lines were operational at 7:35 pm, the official informed.

Trains were running late after restoration of services due to the earlier "bunching", rail lingo for a train queue due to any irregularity.