Elsewhere in Thane, most Sainks, including those holding official Sena posts, said they were with Shinde 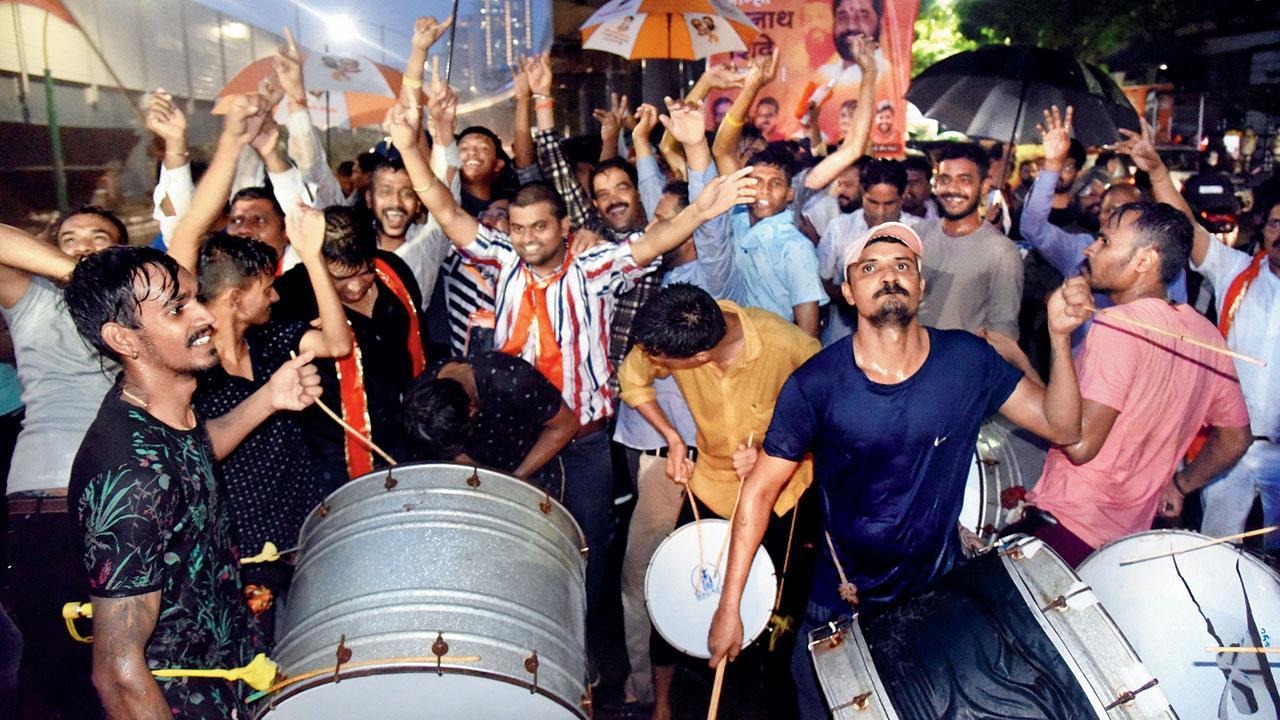 Supporters break into a celebration outside the new CM’s home at Thane on Thursday. Pic/Sameer Markande


Thane erupted in joy and celebrations after Eknath Shinde was declared the Maharashtra chief minister on Thursday. His supporters and Shiv Sena workers said the 58-year-old with humble beginnings has been an accessible politician and has always helped people. He deserves the top post, said Shinde’s admirers.

Next Story : Sanjay Raut to appear before ED today, requests party workers not to gather outside probe agency's office