Had BJP agreed to 2.5 years of Shiv Sena CM, there would never have been an MVA: Uddhav Thackeray

Addressing a press conference at Shiv Sena Bhavan, Thackeray also asked the BJP not to betray Mumbai like it 'betrayed' him 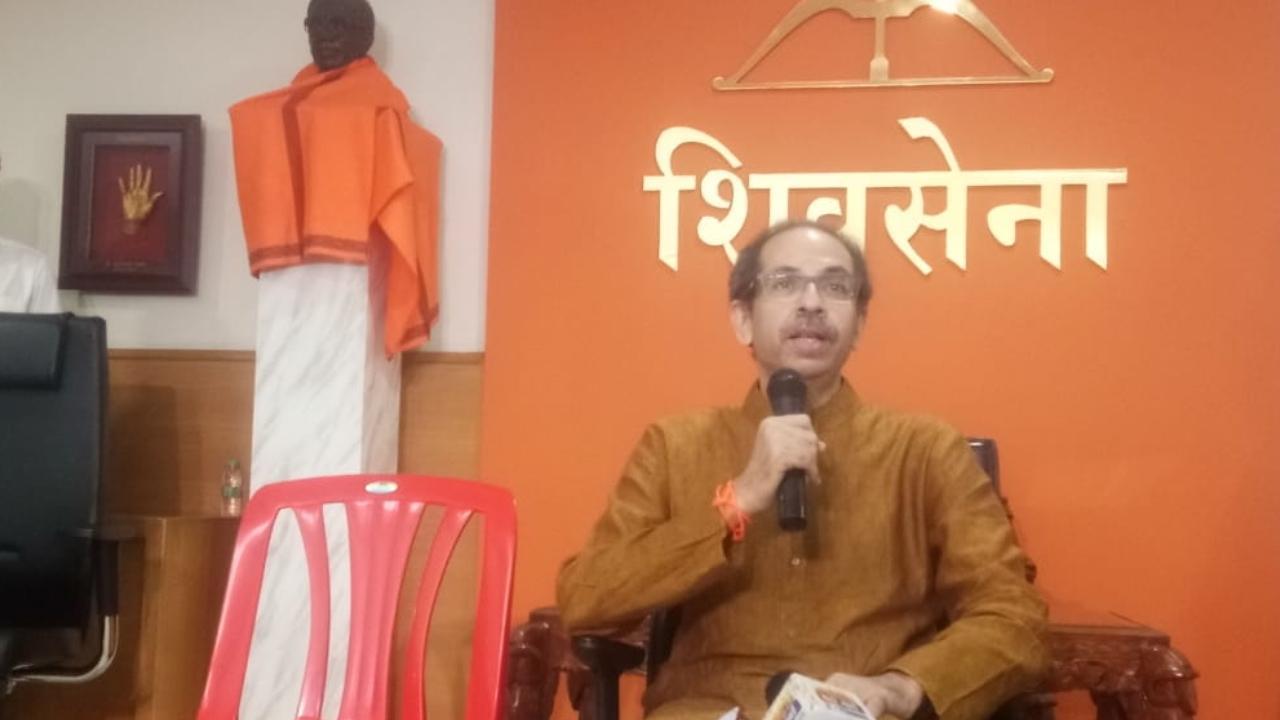 
Former Maharashtra Chief Minister Uddhav Thackeray on Friday lashed out at the BJP for giving the Chief Ministerial slot to Eknath Shinde, a rebel Shiv Sena leader, and said that had the former ally partner agreed to this earlier, there would have been no Maha Vikas Aghadi in the state.

The Shiv Sena and BJP had parted ways after the 2019 Assembly elections in the state after the former demanded 2.5 years of Chief Ministership each for both the parties during the term of five years, which the latter had not agreed to. Shiv Sena had then stitched an alliance with rival NCP and Congress to form the government.

Talking about the swearing-in ceremony of Shinde who was appointed as the Chief Minister and Devendra Fadnavis who was sworn in as his Deputy, Thackeray said, "About what happened yesterday, I had told Amit Shah earlier as well that there should be a Shiv Sena CM for 2.5 years (during Shiv Sena-BJP alliance). Had they done this earlier, there would've been no Maha Vikas Aghadi."

Hitting out at Shinde, who led the revolt against him for over a week which culminated in the resignation of Thackeray from the office, the Shiv Sena chief said that the new CM is not from his party which the BJP has aimed at making. He said that he had told Union Home Minister Amit Shah in 2019 about the distribution of Chief Ministerial post for 2.5 years each.

"The manner in which Govt has been formed & a so-called Shiv Sena worker has been made CM, I had said the same to Amit Shah. This could've been done respectfully. The Shiv Sena was officially with you (at that time). This CM (Eknath Shinde) is not a Shiv Sena CM," Thackeray said.

Slamming the new government for its decision to build the metro car shed in Mumbai's Aarey colony, which the earlier Devendra Fadnavis government had termed important, Thackeray asked not to "project anger" for him on Mumbaikars.

"Don't project anger for me on Mumbaikars. Don't change the proposal for the metro shed. Don't toy with the environment of Mumbai," he said.

In September 2019, then Maharashtra Chief Minister Devendra Fadnavis had said that the government is bound to cut trees in Mumbai's Aarey forest area as "development is important".

Mumbai Metro Rail Corporation announced its plan to cut down over 2,700 trees from the Aarey colony in order to build a car shed for the Metro. The colony, spread over 13,000 hectares, is home to over 27 Adivasi villages and inhabits various animal species.

The Bombay High Court in September 2019, verbally directed the Mumbai Metro Rail Corporation Limited (MMRCL) and the state government not to cut any trees in the Aarey forest area for the construction of a metro car shed, to which they agreed.

Later in October 2019, the Bombay High Court had dismissed all petitions against the proposed cutting down of over 2,500 trees in Aarey Colony of Mumbai to make way for a Metro car shed.However, the Maharashtra government had stayed the order for the Aarey metro car shed project following massive public agitation in the city.

In 2020, then Maharashtra Chief Minister Uddhav Thackeray announced that the state government had withdrawn cases registered against people who were protesting against the proposed metro car shed in Aarey. He had said the proposed car shed has been shifted from Aarey to Kanjur Marg.