What caused Vinayak Mete’s car crash on the Expressway? 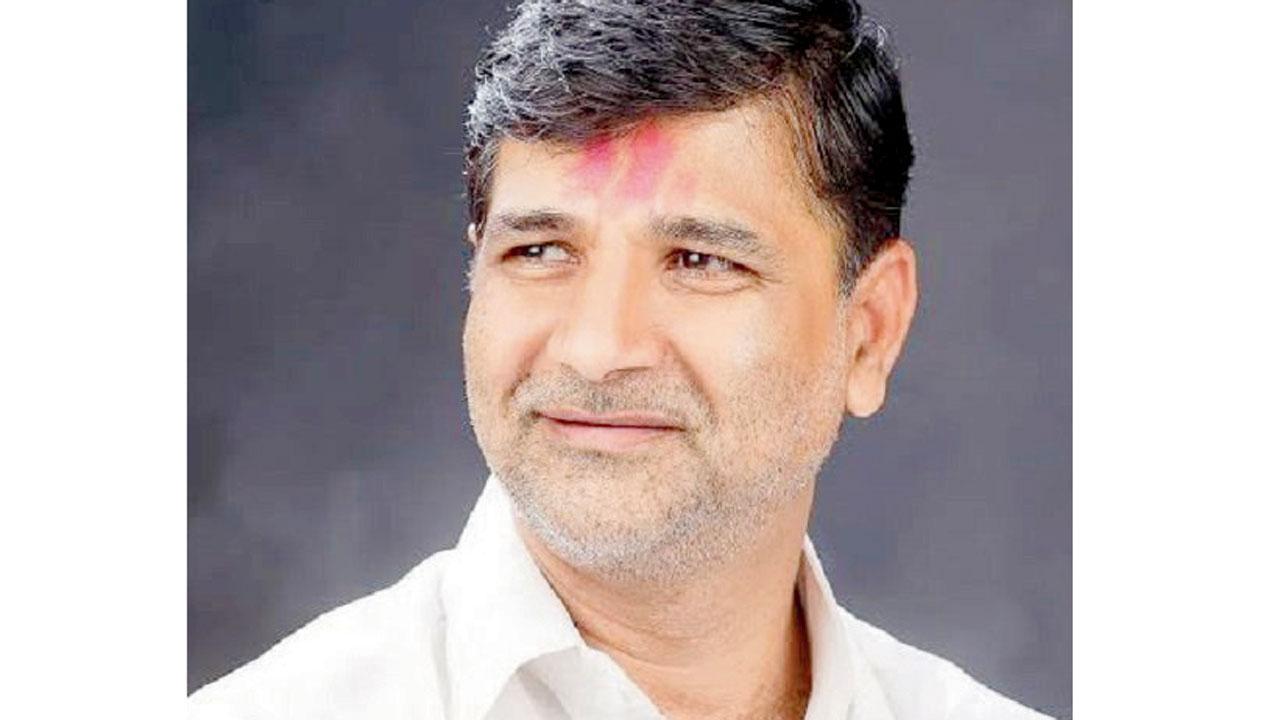 
The crash on the Pune-Mumbai Expressway that killed Vinayak Mete, the president of the Shiv Sangram Party, on Sunday morning occurred after the driver of his SUV lost control of the vehicle while trying to overtake a container or dozed off at the wheel due to fatigue, suspect the police. Maratha leader Mete had left Beed between 10 pm and 11 pm on Saturday. The passenger side of the vehicle got crushed in the mishap.

As of Sunday evening, the Rasayni police were clueless about the truck involved in the fatal crash near the Bhatan tunnel on the E-way around 5 am. Mete’s driver Eknath Kadam told a few television channels that the truck driver overtook their Ford Endeavour causing the accident. 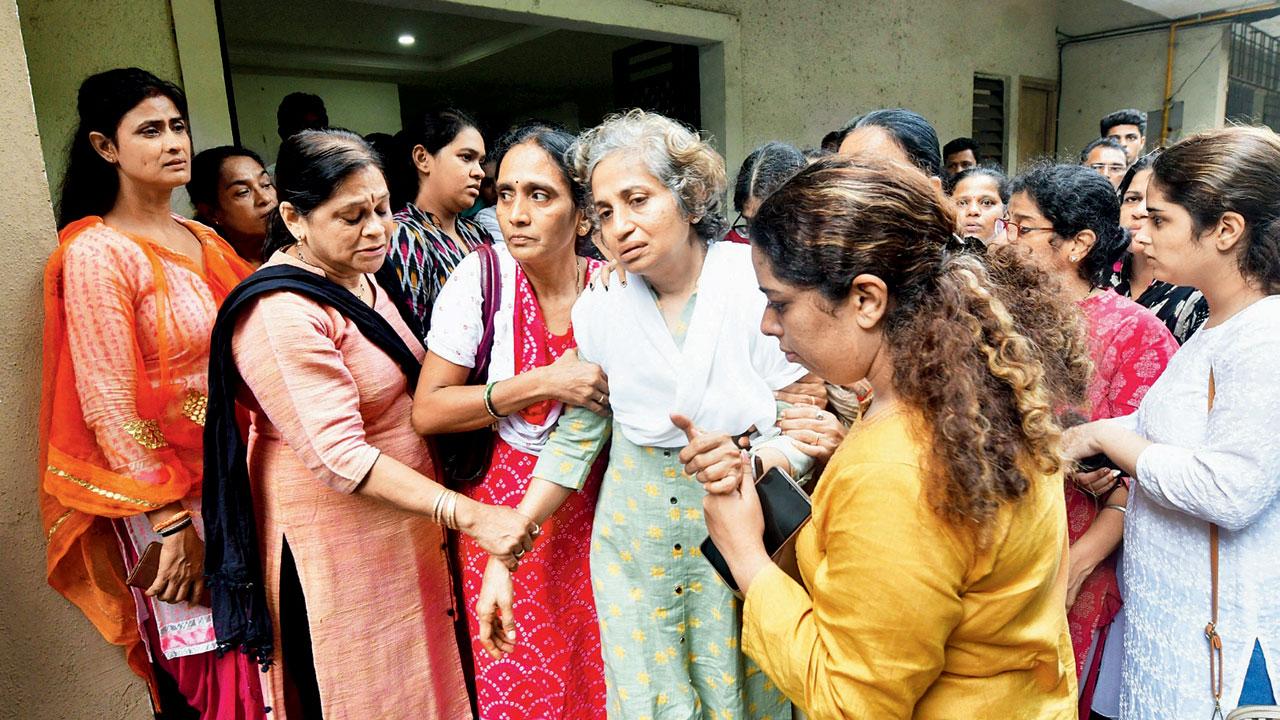 Family members arrive to pay their tribute to Mete, in Mumbai on Sunday. Pic/PTI

While Kadam claimed that the Maharashtra highway police took more than an hour to provide help, sources in the highway police said they were informed about the mishap at 5.56 am and they reached the spot at 5.58 am. The police created a green corridor and Mete was taken to MGM Hospital in Vashi. Mete’s bodyguard suffered grievous injuries, while Kadam escaped with a few bruises.

“He was brought to the hospital at 6.20 am and was properly examined. His pulse was flat, pupil dilated. He was declared brought dead. I personally checked him and there were severe head injuries which we suspect could be one of the reasons for his death. However, we have to wait for the post-mortem report to ascertain the exact cause of death,” said Dr Kuldeep Salgotra from MGM Hospital.

The Raigad police said Kadam’s statement was yet to be recorded though they were examining whatever he told on TV. “Every aspect of the case is being thoroughly examined and we are in the process of registering an FIR. We are also trying to trace the other vehicle with which the collision took place,” said Ashok Dhudhe, SP, Raigad police.

Sources in Raigad police said the vehicle’s front-left portion got wrecked but there is not even a scratch on the right side. Mete was sitting in the co-driver’s seat and his bodyguard was just behind him. 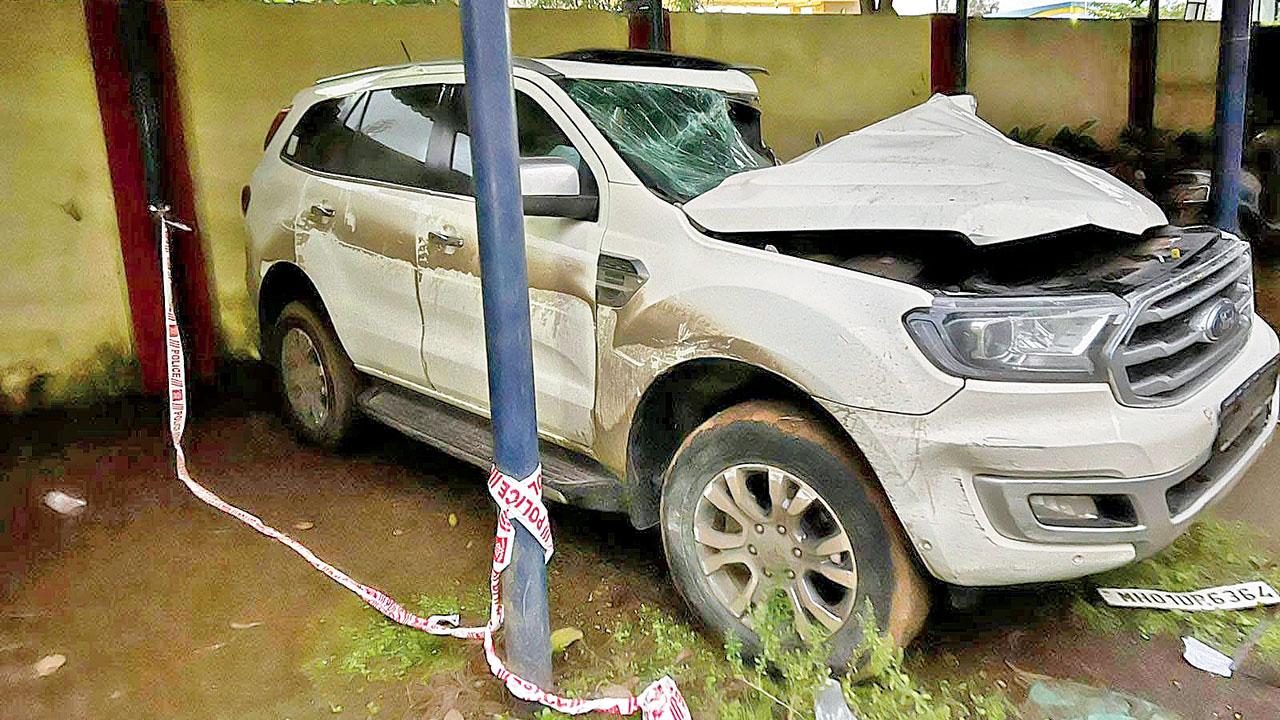 “The highway towards Mumbai is one-way. If the vehicle has got fully damaged from the left side, it means the driver was trying to overtake some heavy vehicle or he might have fallen asleep due to the long drive from Beed,” said a senior officer from the Maharashtra police.

Another reason to believe this theory, officials said, is that a lot of heavy vehicles use the carriageway at that hour and the driver of the container might not have realised the mishap. “It has been established that Mete’a driver was overspeeding,” the officer said.

Sources said the Raigad police will record the statement of Mete’s driver and police guard Ram Dhoble to ascertain what exactly happened and who was at fault. It is also suspected that the container driver fled the spot. “We are trying to trace the vehicle with the help of CCTV footage from nearby locations and the toll plaza. Mete’s vehicle was seen crossing Khalapur toll plaza at 4.52 am,” said the officer.

At the time of going to press, the Raigad police said that the registration of FIR was under process, though they didn’t reveal the sections under which the case was being registered and against whom.

Next Story : ‘Rakesh Jhunjhunwala was an inspiration’