Will the real Shiv Sena please stand up?

With Speaker’s election today, and Uddhav’s Sena issuing whip to MLAs to vote for their candidate, clash between rival factions is set to get uglier 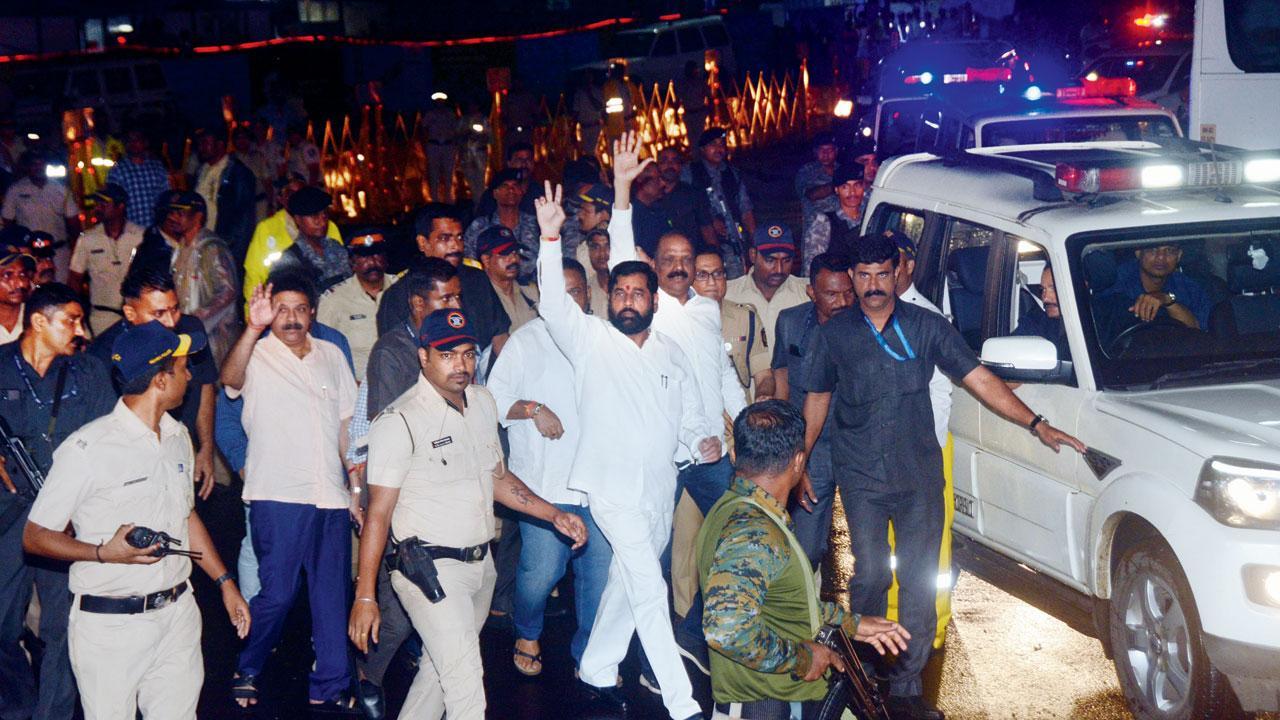 
Yet another political chapter will unfold on Sunday when the Bharatiya Janata Party-Shinde Sena combine fights it out against the Maha Vikas Aghadi for the Assembly speaker’s post. The election, scheduled to be held on the floor of the House, which will sit in a special session, has already been mired in legality because the Uddhav Thackeray-led Shiv Sena has issued a whip to all its 55 MLAs, including rebels, to vote for their candidate Rajan Salvi.

The BJP has fielded a lawyer cum law maker Rahul Narvekar for the speaker’s post. In addition to its own MLAs and independents, the BJP is banking on the 39 Sena rebel MLAs, who have claimed to be the original Shiv Sena legislative party. The Shinde Sena hadn’t issued a whip till Saturday evening, but it was very clear it wanted the 16 MLAs in the Uddhav camp to vote for Narvekar or else face action. It remains to be seen whether the polling will be open or if there would be a secret ballot for both speaker’s poll and majority vote. Whips to be issued by all recognised parties apply to the participants of both events. Independents act on their own.

This will boil down to two opposite whips, and in case of violation, both groups will initiate action against each other. Since there’s no amicable solution in sight, the observers are waiting for yet another miracle to happen because there has been no dearth of shockers ever since the rebellion broke out in the Shiv Sena ranks 11 days ago.

The Shinde group’s move to get recognition as a separate group has already been challenged in the Supreme Court. Sixteen rebels have been served disqualification notice, which is also being heard by the apex court. The Sena had petitioned the SC to stall the Shinde Sarkar’s trust vote to be held in a special session. The SC has decided to hear all cases on July 11. Till then, a status quo prevails, with both sides, then in the government and Opposition, making legal moves, playing a tactical game to garner support in the 288-member House which has one vacancy. Of the total votes polled, the government needs 144 to survive, but it will be cranky and unstable in view of a small margin between a majority and minority. A bigger number is always safe. The MVA claimed it had 170 when it came to power in 2019. Shinde claimed after taking oath that his number will cross that of MVA’s previous count.

Sena candidate Salvi told reporters that the whip of the Thackeray Sena will apply to all 55, rebels included, and the violators will face disqualification proceedings. The Shinde Sena spokesperson Deepak Kesarkar said it was the other way around because theirs was the real Sena. The rebels arrived in Mumbai from Goa on Saturday night and moved into Taj President where all MLAs supporting the new government were to be addressed by CM Shinde and deputy CM Devendra Fadnavis.

The Shinde Sena said it would legally counter their leader’s (Shinde) removal from the party office bearer’s post. A letter sacking Shinde was sent Friday night.  “It is illegal. Since the letter is legal in its language, we will take a similar approach to counter it,” added Kesarkar.

Fearing further poaching and hijacking of the party’s election symbol, the Shiv Sena has asked its office bearers, elected representatives and shakha pramukh to furnish an individual affidavit pledging support to the top leadership. Compilation of these documents will prove handy in the court and before the Election Commission of India, said a person in the know.

If his group gets recognised as a separate group and does not require to merge with any other party, the Shinde group’s next plan would be to approach the Election Commission of India, said a source. However, since all aspects that precede further moves in this regard, are now disputed, a clash between the legislature and judiciary is imminent, because whoever loses in the House in the next two days, will bang on the Supreme Court’s doors.