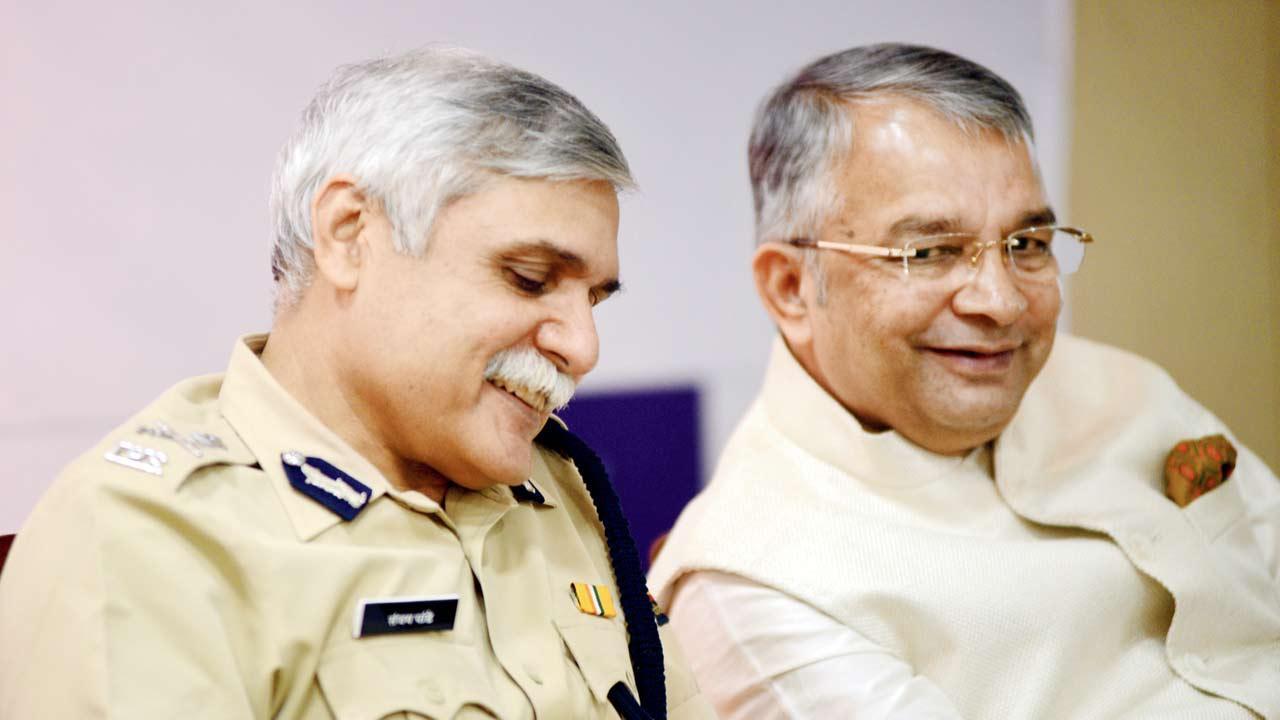 
Legal eagle Satish Maneshinde flew in and Mumbai Police Commissioner Sanjay Pandey joined him on the dais to speak on ‘Crime Against Women: Instant Remedial Actions’. The talk on Wednesday evening was hosted by the women’s wing of the Indian Merchants Chamber (IMC) at their Churchgate building. Pandey, after introductions to the primarily female audience, said, “Women need to come forward and lodge complaints when they are victims of violence. Without a complaint we can do nothing really.” Pandey said, “My control room usually calls every morning to apprise me about the crimes committed, and at least 50 per cent of those are against women. Crime has skyrocketed.”

Pandey stressed that women live in denial of abuse or have delusions that the man will return, when he has clearly abandoned her. He gave an example, “There was a case in a high-rise in western suburbs wherein the husband had run off to England with another woman. The wife, a director in some company, was afraid she would be deliberately embroiled in cases, simply to be harassed. Women have been abandoned but so many of them continue thinking they are still married. There is tremendous mental harassment and yet at times the cultural upbringing is such that they think he will come back, and are reluctant to file any complaint at all.”

Pandey was emotional recalling a 2011 case, “My constable kicked out his wife and started having an affair with a bar girl. The wife had nowhere to go. She came to me and said, ‘Because of the situation, I too became a bar girl’.”  He stressed, “We also need to have laws for new age situations like live-in relationships. How do you decide the right to property in a live-in relationship? The law is grey here. The laws have to be tweaked in sync with the times.”

He added, “The punishment for crime against young adults and senior citizens is the same. While both are heinous, if an old lady is cheated or compromised, the punishment should be much more severe, not on par with that of an adult.”  The commissioner blew to smithereens the stereotype that abuse against women is a malaise only in the lower class, saying in the end, “All strata of women may face violence. We may see smiles on women’s faces from houses in high-rises, but I know what reality is, I see crime every day.”

Maneshinde, who spoke after Pandey, said, “Ours is a patriarchal society where the woman has no power. It has been 75 years since Independence and we are talking about crimes against women, this is a shameful state of affairs.” He, too, cited some cases where women have followed up their complaints with “courage and commitment” and won against their more powerful abusers.

Maneshinde, top criminal lawyer, then, spoke about the abhorrent recent practice of victims of sexual assault being coerced into ‘marrying’ their attackers. “There was also a case where a judgment was passed that the rapist and his wife, meet the victim, tell her to tie rakhi on the attacker and then, the accused give her a gift on Raksha Bandhan, and from thereon, treat her like a sister. These verdicts also come from top courts. If the upper echelons think like this, telling women to marry a man who abused, shamed and humiliated them, what do we expect from the lower judiciary?”

>> File a complaint if you have been a victim of a crime
>> Timely filing of a complaint is important
>> Be prepared to fight till the end, combating attempts and attacks to drop the case
>> Have a working knowledge of your rights, you can take help of a local leader or a credible NGO for your case

18 May
Day the session took place