Five people were killed and eight others injured after a speeding car rammed into three other stationary cars and an ambulance on the Bandra-Worli Sea Link in Mumbai on Wednesday. (Pics/Shadab Khan) 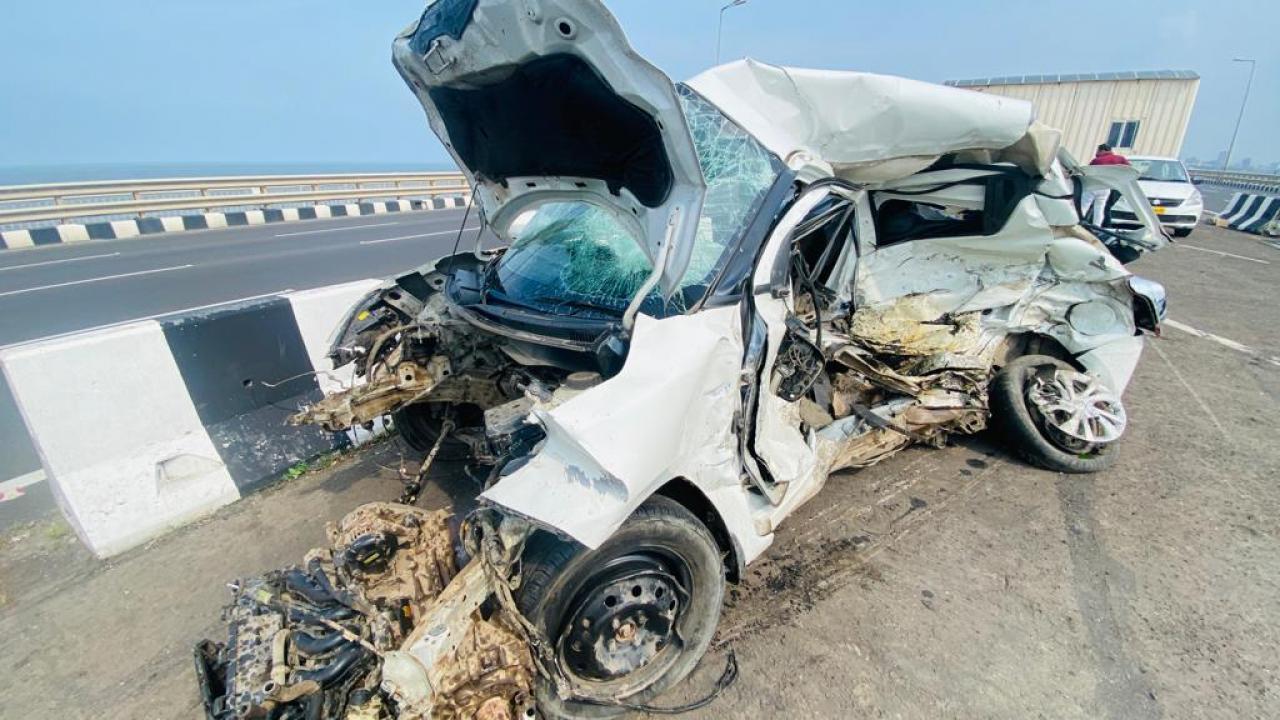 Wreckage of a car after a collision between four cars and an ambulance on the Bandra Worli Sea Link. Pic/Shadab Khan 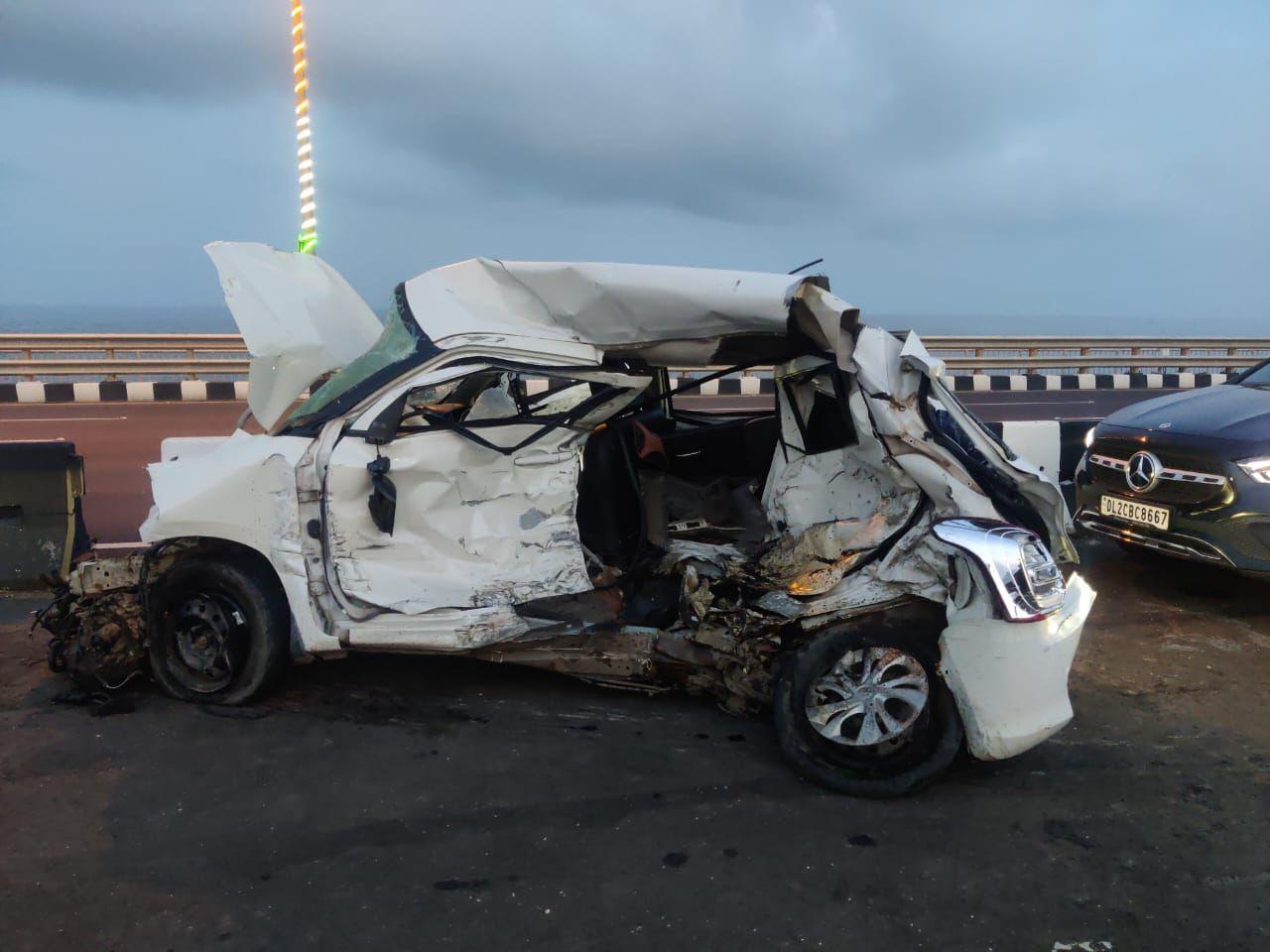 The accident took place around 3 am between pole numbers 76 and 78 on the south-bound stretch of the sea link bridge, which connects Bandra in western suburbs to Worli in south Mumbai. 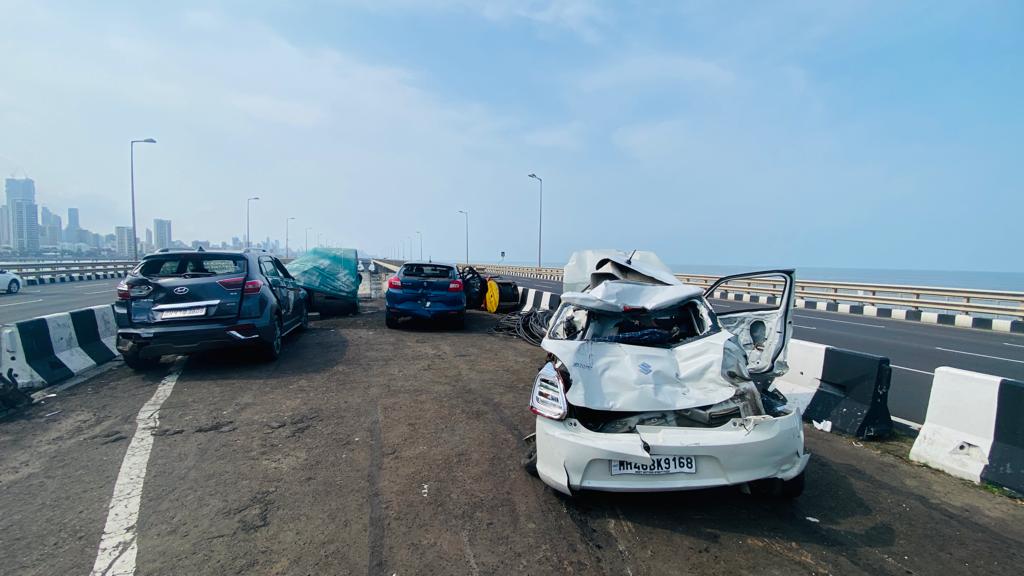 The Prime Minister's Office (PMO) expressed grief over the loss of lives in the accident. 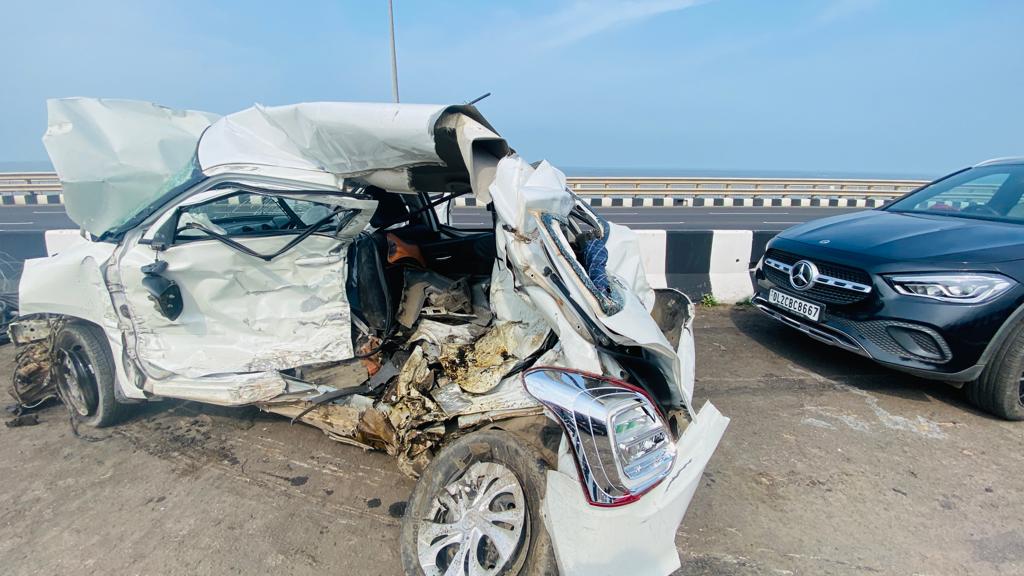 "Pained by the loss of lives due to an accident on the Bandra-Worli Sea Link in Mumbai. Condolences to the bereaved families. I hope that those who have been injured have a speedy recovery: PM @narendramodi," the PMO tweeted. 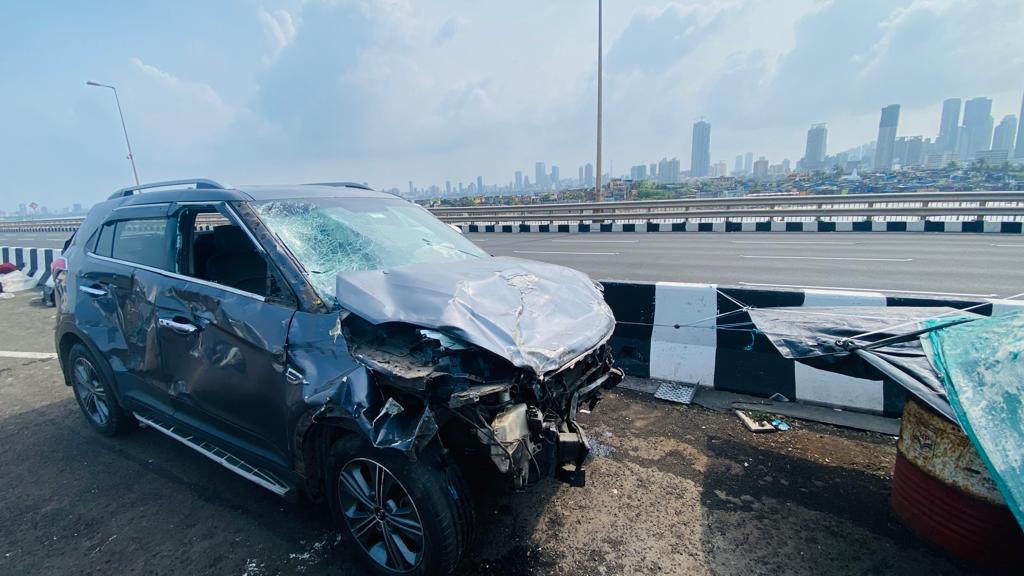 A police official told PTI that during a probe into the incident they came to know that a car initially hit a divider on the bridge and an ambulance was rushed to the spot for assistance. 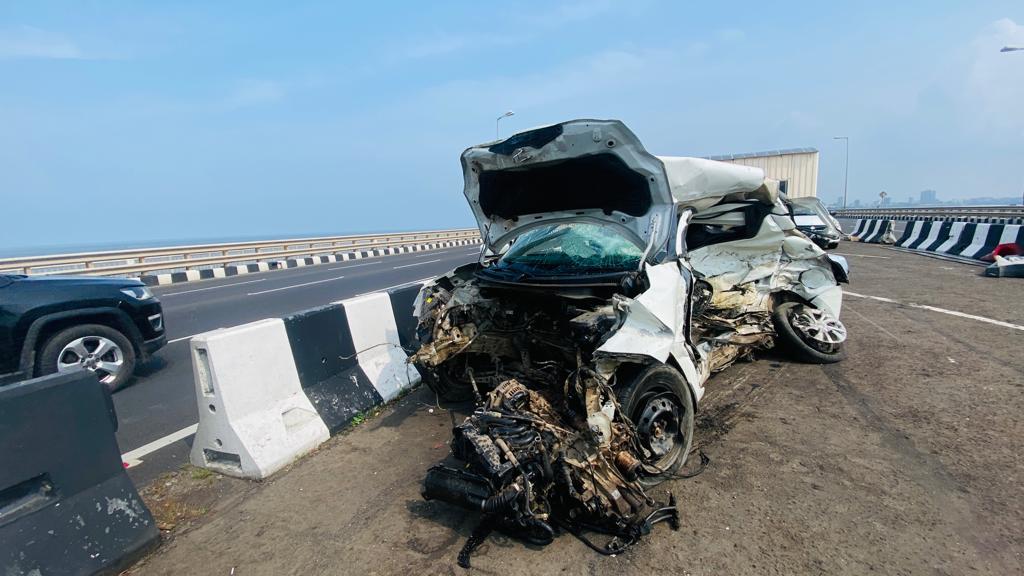 The occupants of two other cars also halted their vehicles to provide help, the police official told PTI. 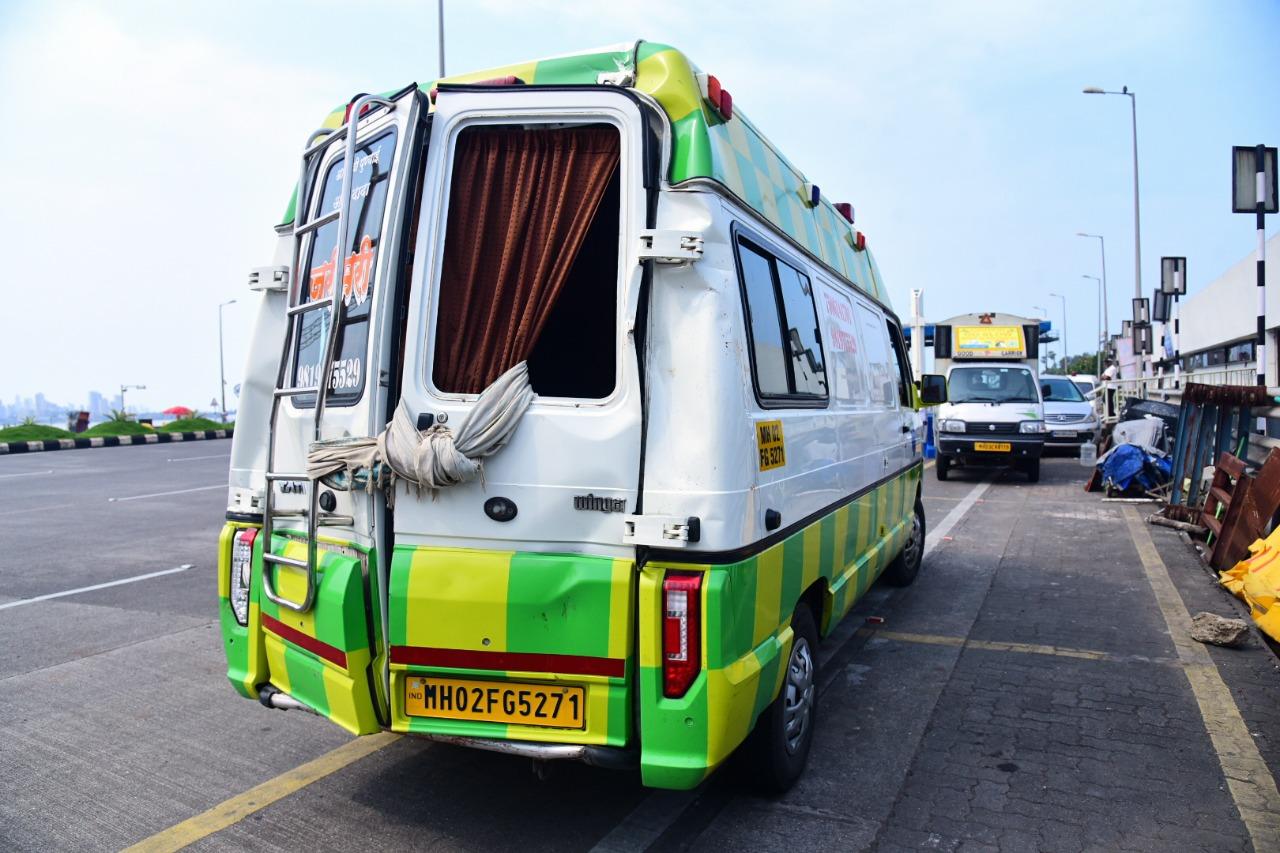 At that time, another car coming from behind rammed into three stationary cars and the ambulance, the official told PTI. 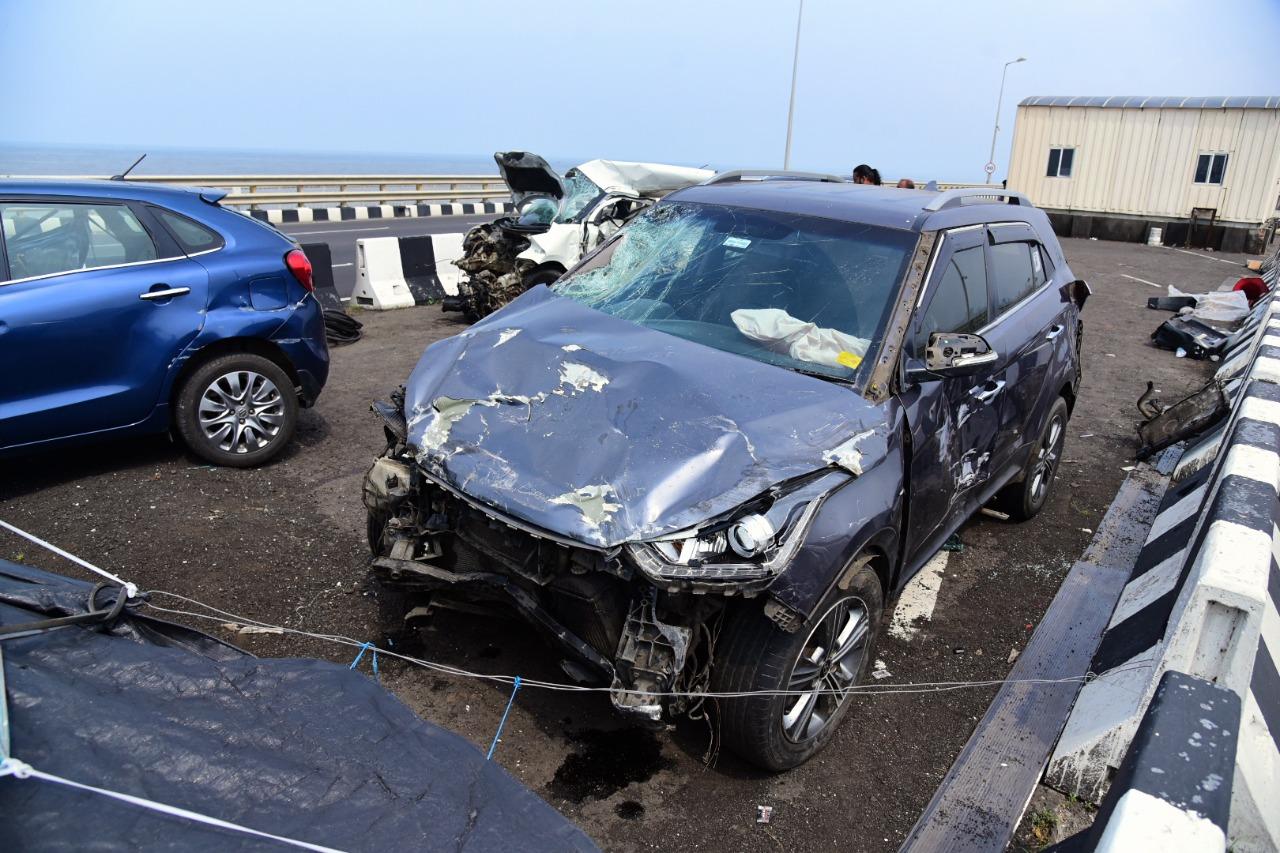 Thirteen people, including a woman and a Sea Link employee, were injured and five of them were later declared dead during treatment, the official said. 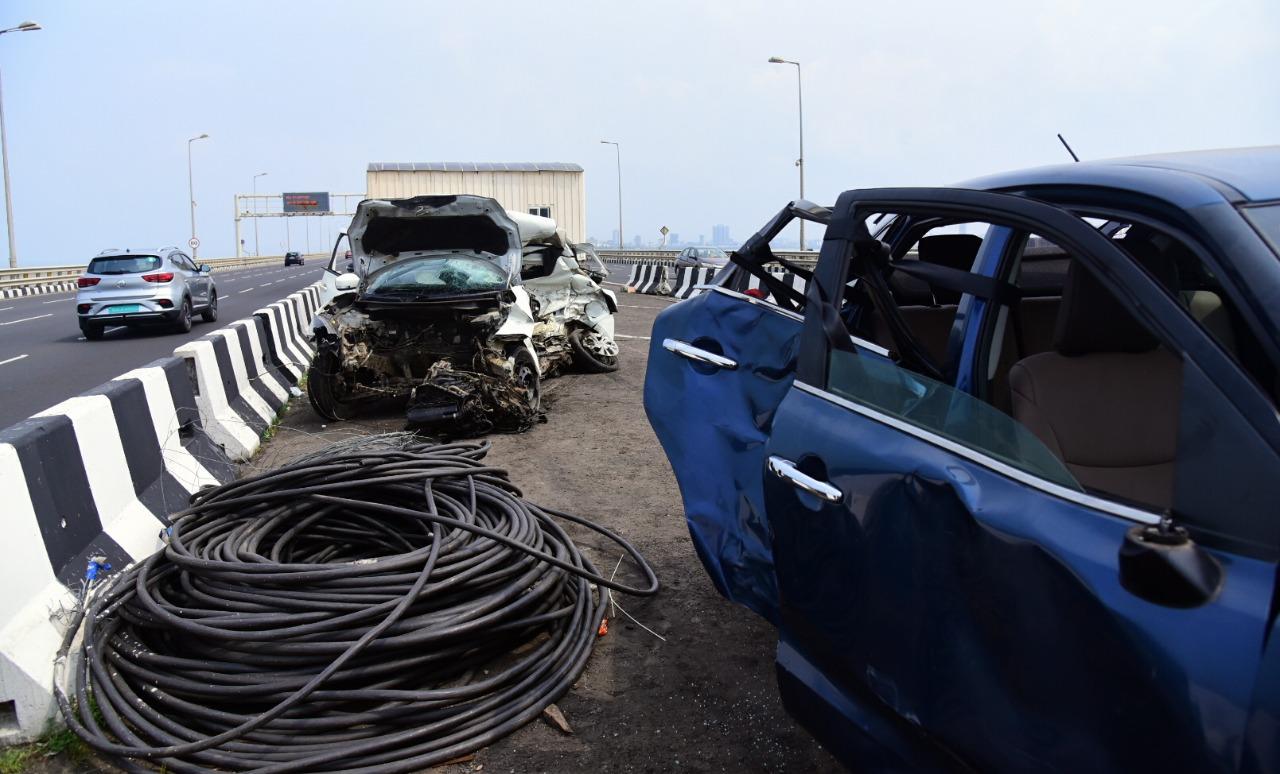 Six of the injured were undergoing treatment in different hospitals. Two others were allowed to go after being treated for minor injuries, the police said. 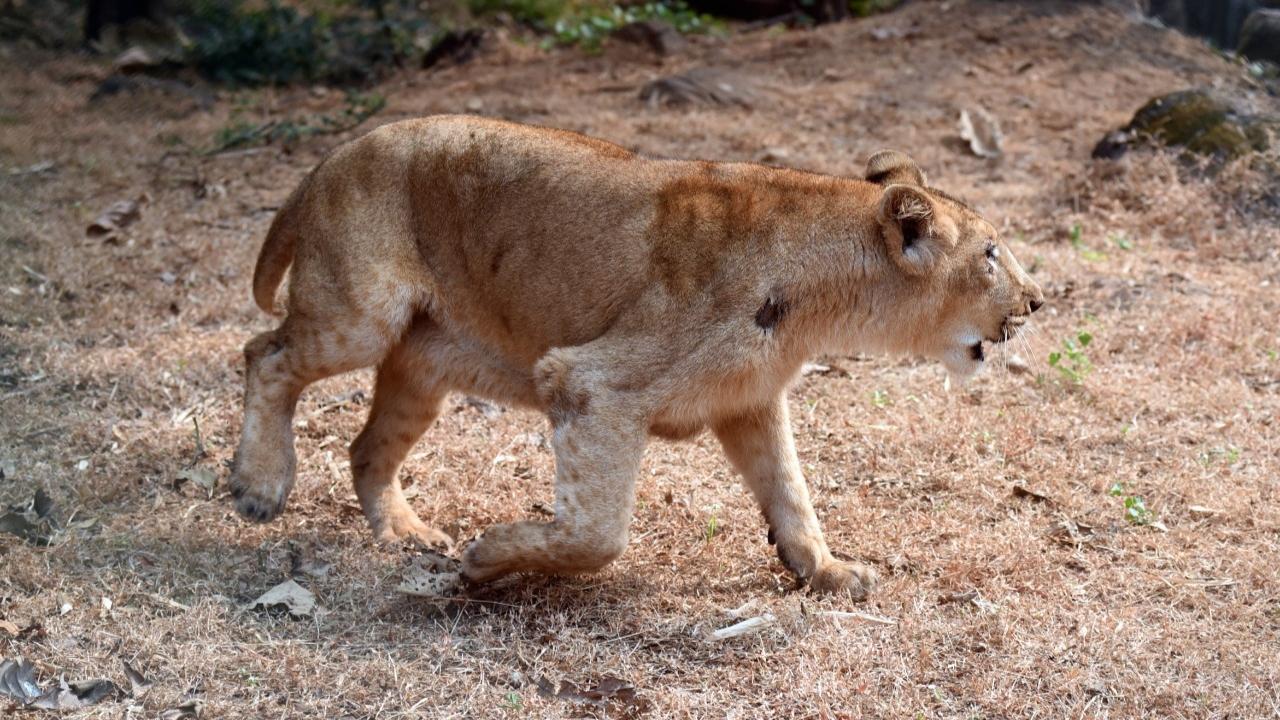 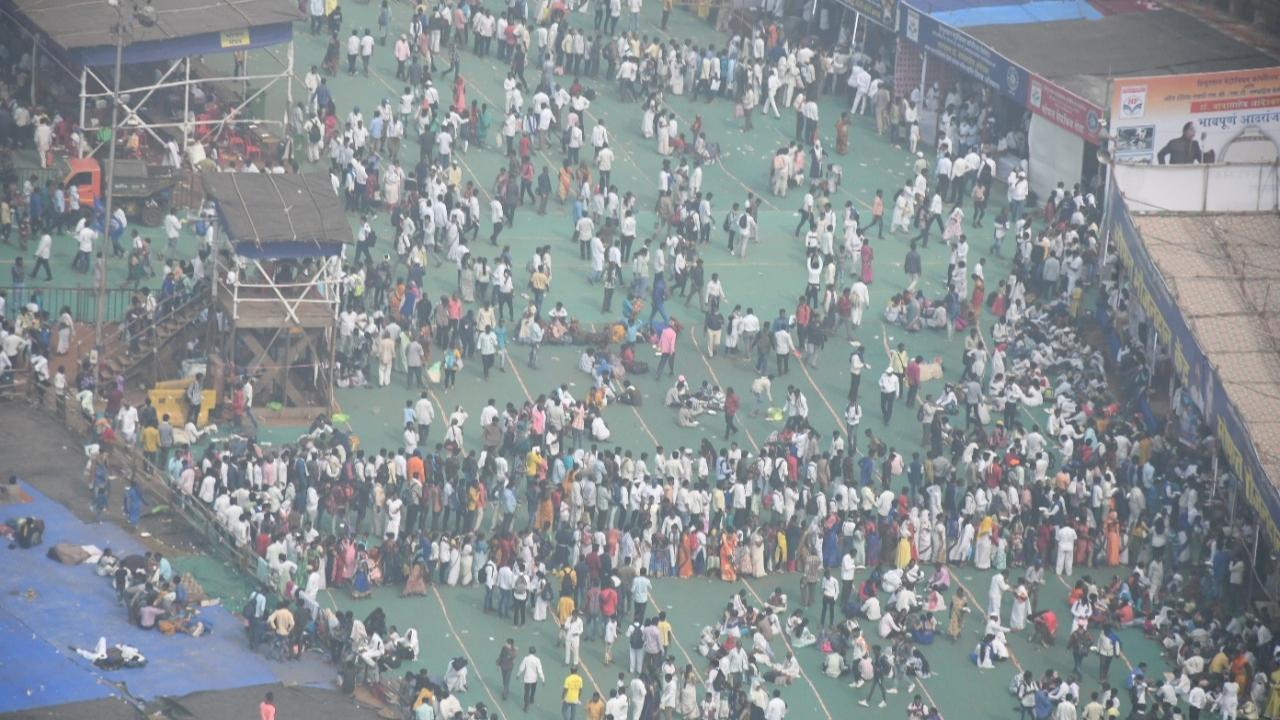 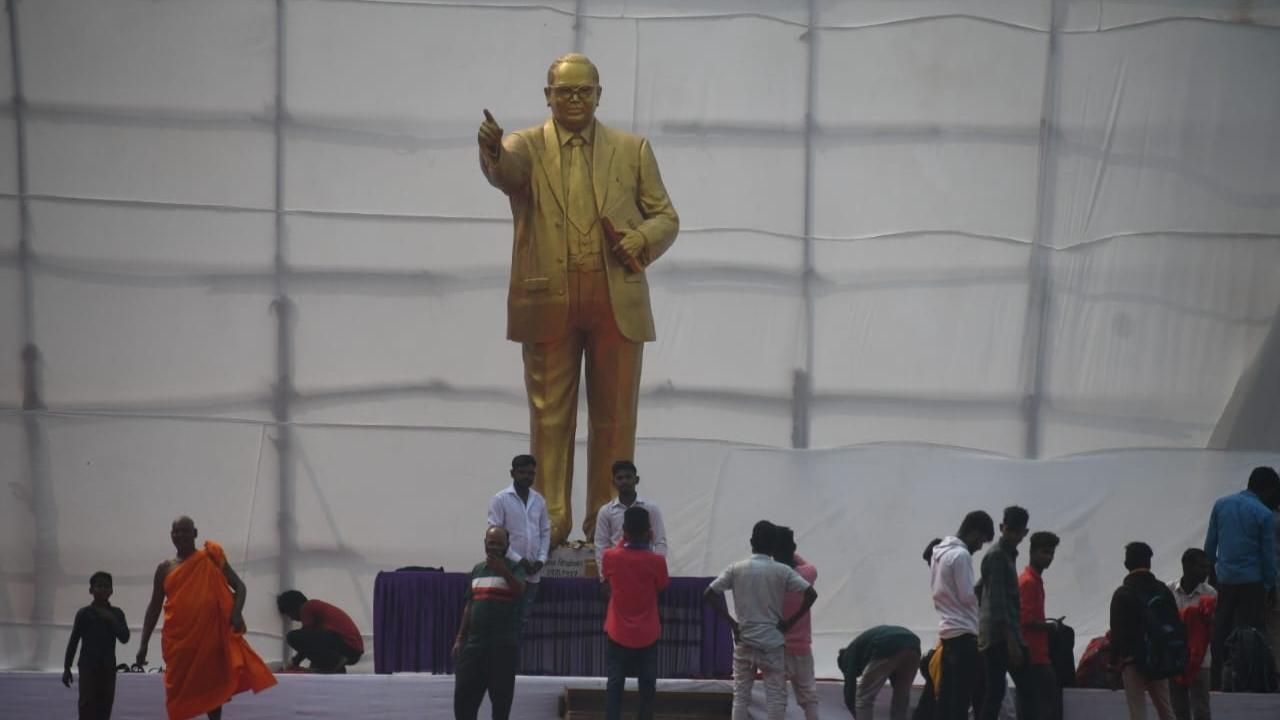 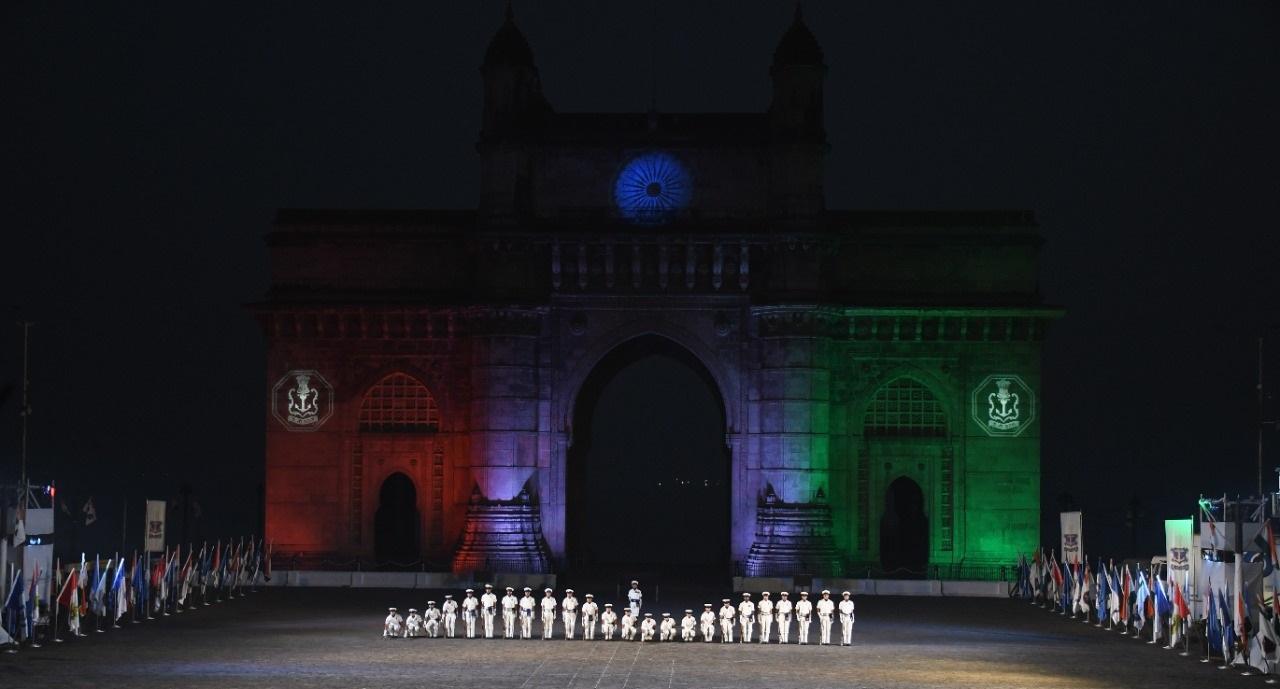