IPL News
Breaking News
How loan money from India reaches China
Cyber cheats now targeting power users
‘It’s the callers in Nepal who abuse, threaten’
Cruise ship drugs case: The line that got Aryan Khan off the hook
Will continue our strike till decision is taken: Nurses
Countries should take right measures to contain Monkeypox: WHO
Jammu and Kashmir: 2 dead as minibus falls into Tawi river; 27 injured after bus overturns in Udhampur
Punjab govt withdraws security cover provided to 424 people
Tesla won't manufacture in India unless allowed to sell, service cars, says Elon Musk
Home > News > India News > Article > Here's why my decision to get FD proved to be a boon after retirement

Warren Buffet has truly said that the chief reason people do not believe in investing is that, it's unlike any get-rich-quick scheme and to 99% of the population, delayed gratification is a bitter pill they'd rather not swallow. 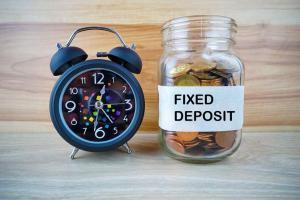 
As a 22-year-old embarking on a new journey of life - the nine to five daily grind - I received the best financial advice from my father – to save for the golden years. Today, exactly forty years later, I continue to have a deep sense of gratitude and respect for my father who cared enough to deliver sound financial wisdom back then. "If you don't start saving or investing money the day you have some, you won't really have any left, the day you finally decide to save" he always used to say. I would begrudgingly comply (but only in word, not in deed).

Warren Buffet has truly said that the chief reason people do not believe in investing is that, it's unlike any get-rich quick scheme and to 99% of the population, delayed gratification is a bitter pill they'd rather not swallow regardless of its long-term benefits. Thankfully, my father was unwavering in his resolve to straighten out my crooked places. On some days he would cite examples of people who began saving early on and were now reaping the benefits. On other days, he would good-humouredly speak of the importance of savings; and yet other days saw him deliver a bland discourse full of chastisement for my reckless spending habits.

My father had insisted on fixed deposits, even though I was in favour of investing in the stock market. All was smooth sailing until a few years from then when I had to face major losses due to market recession. That made me realise that sometimes, it's wiser to play it safe. I decided to go with what my father had insisted on years ago – fixed deposits. Not only would I receive guaranteed returns for a maximum period of ten years, but fixed deposit interest rates are fairly good, sometimes as high as 8%! And since the rates are "locked-in", I could even calculate my expected maturity amount using an FD interest rates calculator. Moreover, booking a deposit is extremely convenient due to the facility of internet and phone banking.

And though premature withdrawals are permissible, by the grace of God, I didn't ever have to withdraw my fixed deposit money for those ten years. Since I deposited almost one-third of my salary every month, (the advantage of having a father who enforces frugality), I was overjoyed the day I finally received the maturity amount. It was a significantly large sum! All that patience had paid off after all. That entire sum was transferred to my savings account and I cannot even begin to describe what a sheer blessing it has been following my retirement.

Today, as a sixty-two-year-old man, I am able to freely live off that money (thanks again to a dear father who instilled thrift early on in life). It was undoubtedly the right choice, failing which I'd be unable to enjoy my care-free retirement.

Next Story : 'Judicial system needs to be changed'