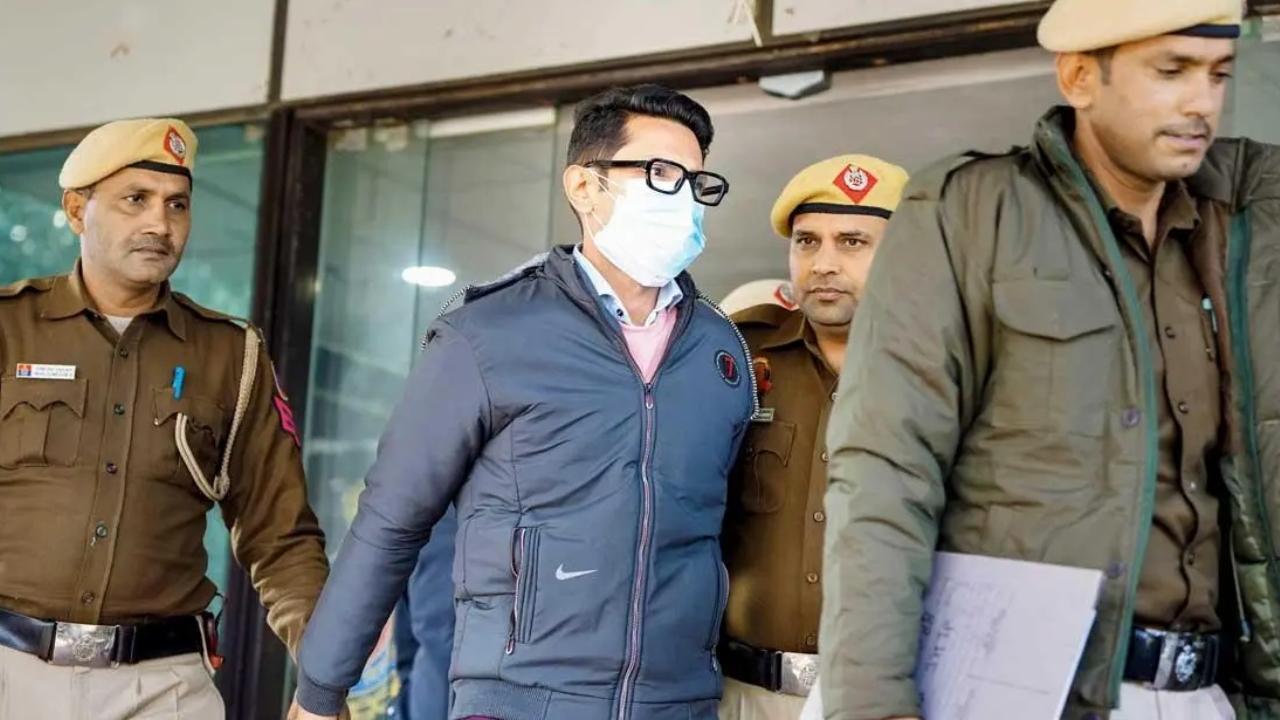 Shankar Mishra being taken by the police. File Pic/PTI


Shankar Mishra, accused of urinating on a woman on board an Air India flight from New York to New Delhi, on Wednesday moved a bail plea in Sessions Court of Delhi's Patiala House Court.

The District and Sessions Judge will hear the bail plea on January 27.

Recently Mishra's bail plea was dismissed by the Magistrate court. He was arrested by the Delhi Police on January 6 and is presently in judicial custody.

On January 11, the Magistrate Court of Delhi's Patiala House Court dismissed the bail plea of accused Shankar Mishra and said the alleged act of the accused of relieving himself upon the complainant is utterly "disgusting and repulsive".

"The alleged act in itself is sufficient to outrage the modesty of any woman. Egregious conduct of the accused has shocked the civic consciousness and needs to be deprecated, said Metropolitan Magistrate Komal Garg.

As per the allegations, the accused was voluntarily drunk and had consumed alcohol during the flight and the said fact has not been denied by the applicant. The alleged act in itself prima facie reflects the intention of the accused, added the Magistrate.

Recently senior advocate Ramesh Gupta appearing for Shankar Mishra alleged that "the complainant woman's seat was blocked. It was not possible for him (Mishra) to go there. The woman has a problem with incontinence. She urinated on herself."

Raising questions over Delhi Police investigation, advocate Gupta submitted that there must be someone else. She herself urinated. The seating system was such that no one could go to her seat. The passenger sitting behind the complainant did not make any such complaint, he added.

On this allegation, the complainant issued a statement stating that the accused has adopted a campaign of spreading misinformation and falsities with the intent of further harassing the victim

"Accused, instead of being remorseful for the utterly disgusting act committed by him, has adopted a campaign of spreading misinformation and falsities with the intent of further harassing the victim, said the complainant through her lawyer Ankur Mahendru.

Mishra had allegedly urinated on a 70-year-old woman in an intoxicated condition in business class of an Air India flight on November 26 last year.

Delhi Police had registered an FIR against him on January 4 on a complaint given by the woman to Air India.

The police registered an FIR under sections 354, 509, and 510 of the Indian Penal Code (IPC) and Section 23 of the Indian Aircraft Act. Both the accused and the victim are from outside Delhi.