Aam Admi Party MLA Amantullah Khan reached Kanchan Kunj in Madanpur Khadar and started protesting against the drive along with supporters and locals, with some of them raising anti-BJP slogans. The fresh actions are part of a series of anti-encroachment drives since mid-April. On April 16, the exercise to remove illegal structures 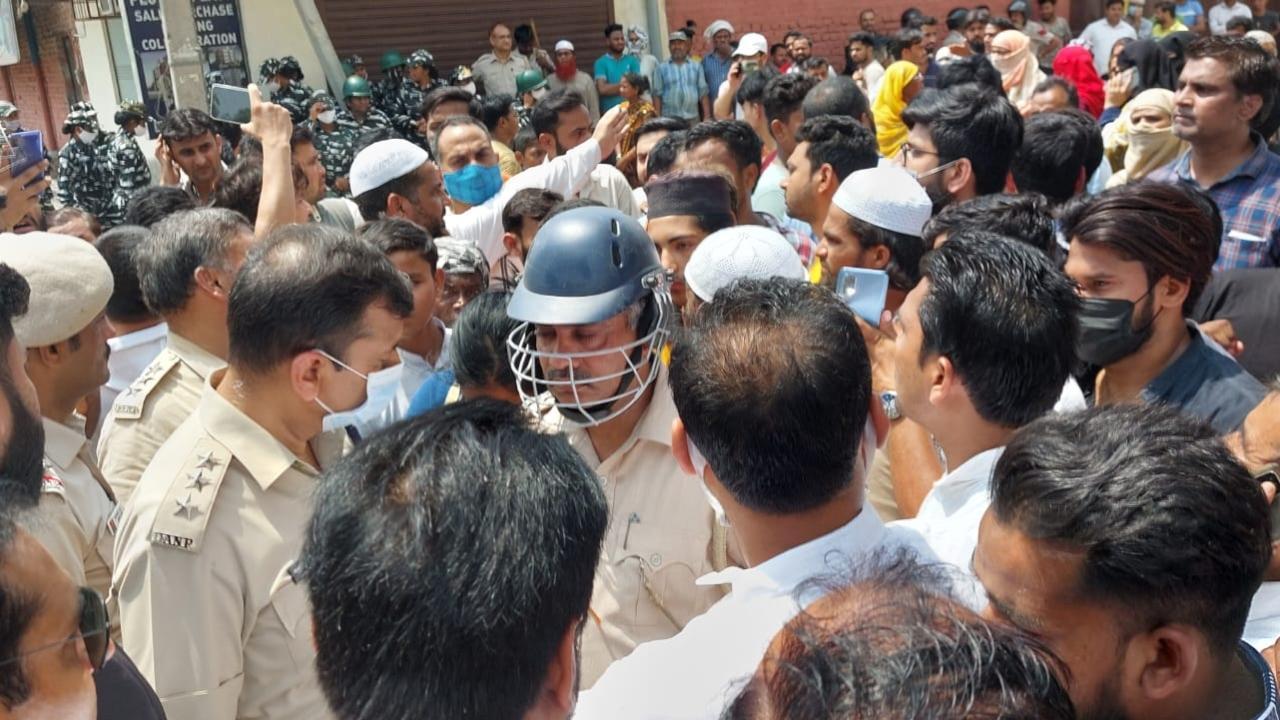 
Civic authorities on Thursday carried out anti-encroachment drives in various part of the city, with locals and Aam Aadmi Party (AAP) supporters staging a protest in Madanpur Khadar to stop demolition of structures, which they claimed were legal. While the South Delhi Municipal Corporation (SDMC) removed illegal and temporary structures in Madanpur Khadar and Dhirsen Marg, the North Delhi Municipal Corporation (NDMC) took action in Rohini and Karol Bagh.

AAP MLA Amantullah Khan reached Kanchan Kunj in Madanpur Khadar and started protesting against the drive along with supporters and locals, with some of them raising anti-BJP slogans. Delhi's three municipal corporations -- SDMC, NDMC and East Delhi Municipal Corporation -- are BJP ruled.

In Madanpur Khadar, the south civic body is demolishing a building that they said was built illegally. The fresh actions are part of a series of anti-encroachment drives by the civic bodies since April-mid. On April 16, the exercise to remove illegal structures was undertaken in Jahangirpuri. In the following days, it was carried out in areas such as New Friends Colony, Dwarka, Najafgarh and Lodhi Colony.

On Monday too, during a drive at Shaheen Bagh, AAP's Amantullah Khan had staged a protest and a complaint was registered against him for obstructing officials from carrying out the exercise.
In the north, a senior NDMC official said, "We have got the police and other personnel, and anti-encroachment drive is being run in areas in Rohini and Karol Bagh zones."

A stretch on the K N Katju Marg in Rohini is being cleared of illegal temporary structures while in Patel Nagar, action is being taken in Prem Gali, he said.
In Madanpur Khadar, Khan said the drive is against the poor and appealed to his supporters to reach Kanchan Kunj for the protest.

The MCD is destroying houses of the poor in Kanchan Kunj of Madanpur Khadar. I am reaching there all of you (supporters) should also reach there so that the houses of the poor can be saved, Khan said in a tweet in Hindi earlier in the day.

SDMC Central Zone Chairman Rajpal Singh confirmed that the anti-encroachment drive has started in Madanpur Khadar and on Dhirsen Marg. Our enforcement teams along with adequate police force and equipped with bulldozers, trucks etc have started removing illegally set up kiosks, temporary structures in Madanpur Khadar. Our drive against encroachment will continue and anyone obstructing it will be dealt with accordingly. We are waiting for Amantullah Khan to come to Madanpur Khadar, he told PTI.

Singh further said that the drive was not against the poor but against the mafia who encroach upon government land.

Next Story : Gyanvapi mosque: Court rejects plea to change official, survey to be completed by Tuesday