In a first, a rare Dugong spotted in Gulf of Kutch

The Dugong is one of only four extant species of Sirenia sea cow. It is the only herbivorous mammal that is exclusively dependent on the seagrass habitat 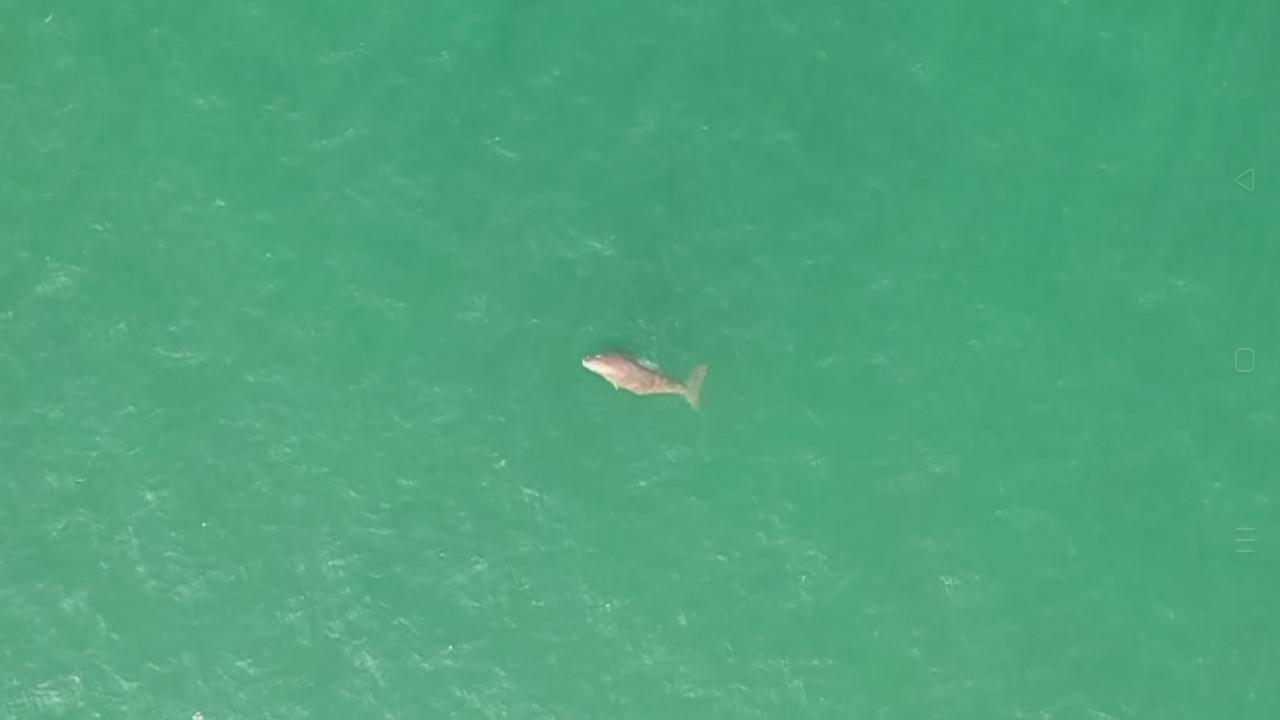 
A news that has made the wildlife lovers and the marine researchers extremely happy, for the first time, a rare Dugong was photographed alive using a drone camera in the Gulf of Kutch, Gujarat.

The Dugong is one of only four extant species of Sirenia sea cow. It is the only herbivorous mammal that is exclusively dependent on the seagrass habitat. High fishing pressure and other coastal developmental activities resulted in the degradation of seagrass habitats in India and ultimately threatened the Dugong populations in the county. Thus, the Dugong is protected under Schedule list I of the Wildlife Protection Act, 1972, and is also listed in Appendix I of the Convention on International Trade in Endangered Species (CITES). Dugongs play a fundamental ecological role in the functioning of coastal marine habitats, particularly seagrass ecosystems.

In a first, a rare Dugong spotted in Gulf of Kutch

Since 2016, the Wildlife Institute of India has been involved in the Dugong Recovery Program in India to conserve this rare and elusive species and its habitat through an integrated participatory approach, which is funded by the National Compensatory Afforestation Fund Management and Planning Advisory Council (CAMPA), MoEFCC, in three locations along the Indian coast: Andaman and Nicobar Islands, Tamil Nadu (Gulf of Mannar & Palk Bay), and Gujarat (Gulf of Kutch). As of now, it is expected that around 200 surviving Dugongs are found in Indian waters. Among their distribution range, the Gujarat coast holds a very low density of Dugong, and the presence of dugong is always confirmed by indirect evidence from stranding records.

As part of the ongoing CAMPA-Dugong recovery program, under the guidance of Dr JA Johnson from Wildlife Institute of India (WII) and Professor Dr K Sivakumar from Pondicherry University, the researchers Sameeha Pathan, Sagar Rajpurkar, Shivani Patel, Prachi Hatkar, Gem Christian, and Uzair Kureshi are working towards understanding Dugong biology, mapping critical dugong habitats and conducting mass awareness program towards conservation of this significant species in Gulf of Kutch, Gujarat with the active support of Gujarat Forest Department and the Gulf of Kutch Marine National Park. In the past, the researchers have found indirect evidence of dugongs via their feeding trails in some of the protected parts of the Gulf of Kutch, as well as dead dugong strandings in 2018. Feeding trails have confirmed their existence and are important to triangulate hotspots to conduct drone surveys. The presence of Dugongs in the area has been known from sightings by fishermen and from dead strandings, but prior to this, there has been no photographic evidence of live Dugong animals from the Gujarat coast.

During the recent drone survey conducted by WII researcher Sagar Rajpurkar, who recorded live footage and aerial photograph of Dugong in the Gulf of Kutch coast. This sighting comes as the first photographic evidence of Dugong in its natural habitat from the Gulf of Kutch using Unmanned Aerial drone technology in collaboration with the Gujarat Forest Department.

R Senthil Kumaran, the Deputy Conservator of Forests, Marine National Park, Jamnagar conveyed, “In spite of having speculations and indirect evidences, photographic evidence such as this confirms the existence of dugongs in the Gulf of Kutch. This is a breakthrough achievement, which gives much encouragement for the Marine National Park Authorities to endow more efforts in the conservation of these dugong population and their habitats in the Gulf of Kutch.”

This observation was made possible by the Gujarat Field team's ongoing field surveys, conservation, and outreach efforts over the last five years. Photographic evidence and video footages via aerial surveys are indispensable to help understand the remnant population’s movement ecology, social structure, and population size, as well as the management action plan for the Gulf of Kutch's Critical Dugong Habitat. Let's hope there are plenty more living dugongs to count.

Dr  JA Johnson, the Principal Investigator of the project informed, “The present photographic evidence is an encouraging result. Through on going the CAMPA-Dugong recovery programme, WII has standardized population estimation techniques for Dugongs and other marine mammals using Unmanned.Aerial Drone technology has been pilot tested in Andaman and Nicobar Islands, Gulf of Mannar and Palk Pay. Soon the technique will be standardized for estimation Dugongs in Gulf of Kutch region.”