Addressing the nation today on this historic day, PM Modi said, "India is the mother of democracy. India has proved that it has a precious ability and faced many challenges during its journey of 75 years." 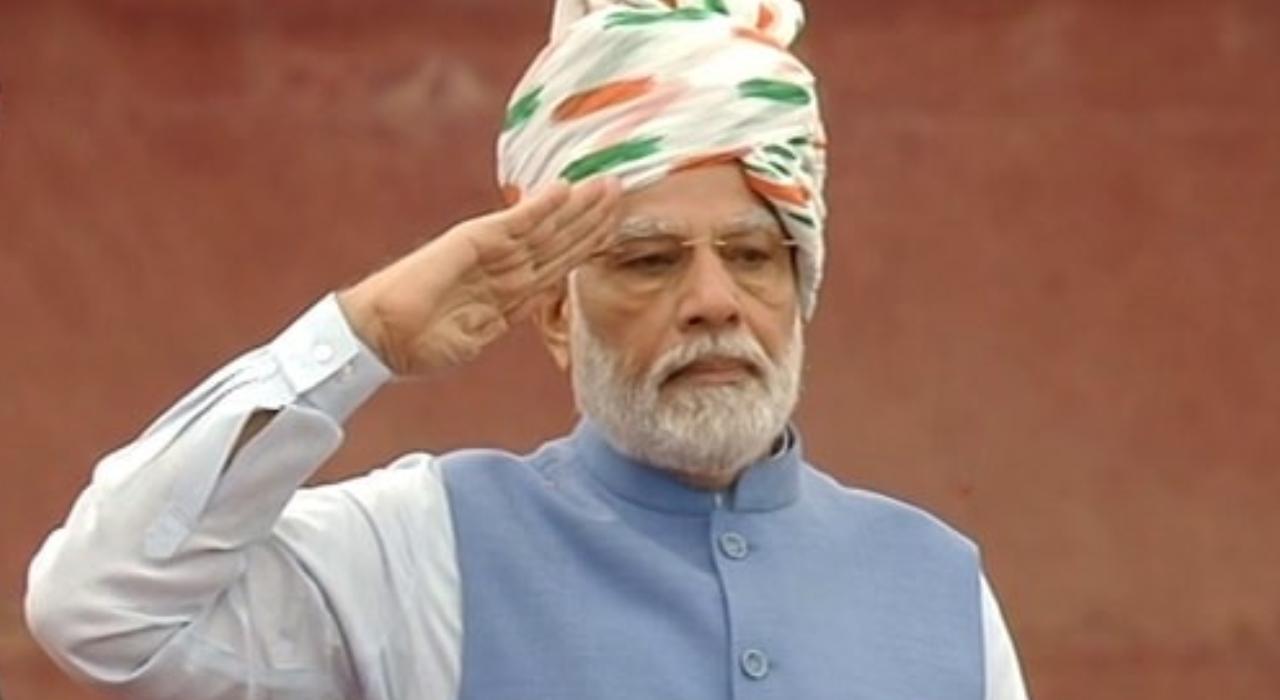 
Prime Minister Narendra Modi, while addressing the nation for the ninth time from the ramparts of the Red Fort on the occasion of Independence Day, said that India is the "mother of democracy" and everyone is working towards empowering every Indian at every corner of the nation.

Addressing the nation today on this historic day, PM Modi said, "India is the mother of democracy. India has proved that it has a precious ability and faced many challenges during its journey of 75 years."

The Prime Minister recalled the philosophies of the father of the nation, Mahatma Gandhi. "Based on the philosophy of Gandhi ji, we are working towards empowering every Indian at every corner of the nation ... be it Dalit, women, farmers, Divyang ... from north to south, east to west," said PM Modi. "An aspirational society is important for any nation. Today, we are proud that these aspirations are present in every household in India. Every citizen is enthisiastic and works with progress for the progress of New India. This Amrit Kaal is providing us with a golden opportunity to fulfill the dreams and goals of this aspirational society," said the Prime Minister.

The Prime Minister said that despite challenges faced post-Independence, nothing could hamper the zeal of Indian citizens. "This soil has power. Despite many challenges, India did not stop, did not bow down and kept moving forward," PM Modi said.

PM Modi also recalled the contributions of the women freedom fighters of India. "Every India is filled with pride when they remember the strength of the women of India, be it Rani Laxmibai, Jhalkari Bai, Chennamma, Begun Hazrat Maha," PM Modi said.

A multi-layered security cover along with Facial Recognition System cameras have been installed at each entry/exit point at the fort. Security personnel also deployed trained catchers to ensure that the premises remain monkey-free during the day. As many as 231 regular kite-flyers from the walled city area were roped in by the police to ensure a clear sky for about three hours on the morning of August 15.