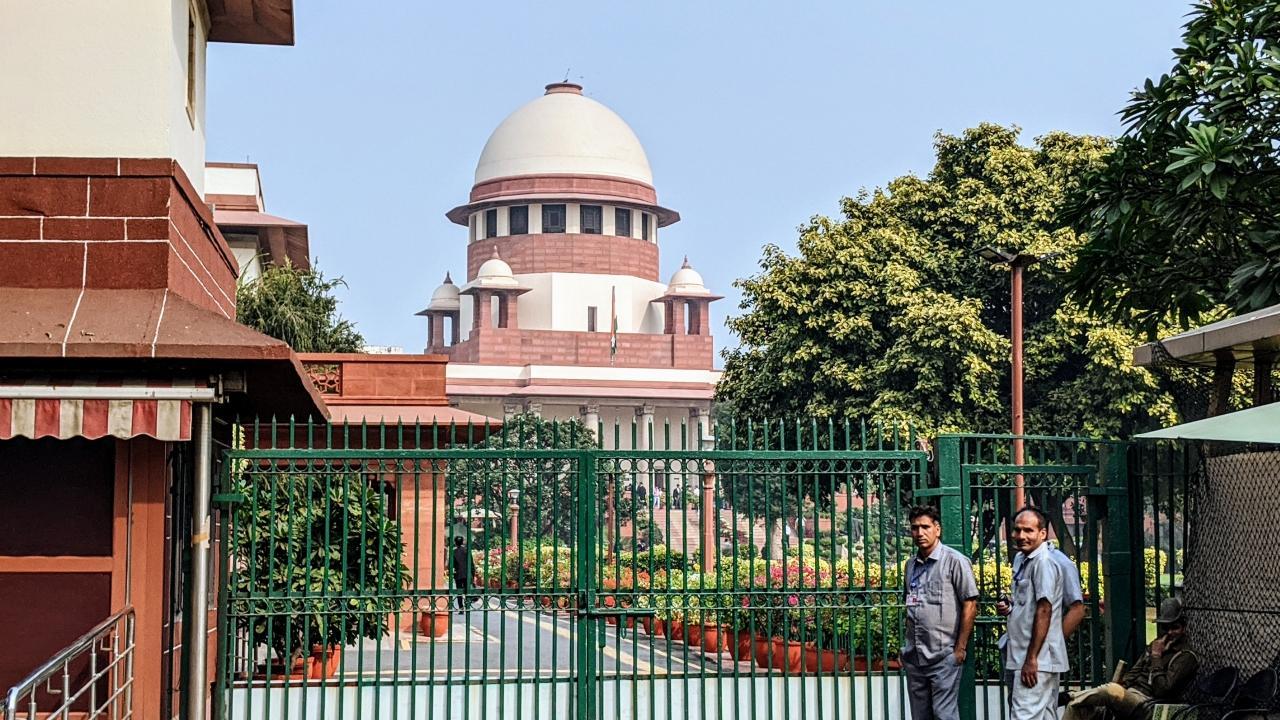 
On Sunday, Shiv Sena's MLA and minister Eknath Shinde moved to the apex court of India against the disqualification notice issued by the deputy speaker against 16 rebel Maharashtra state legislators.

A vacation bench of Justices Surya Kant and J B Pardiwala is likely to hear Eknath Shinde's plea on Monday.

The rebel MLAs have raised a banner of revolt against the MVA government in the state, threatening to bring it down.

Shinde in his plea said that he is constrained to invoke the jurisdiction of this Court under Article 32 of the Constitution challenging the "arbitrary and illegal" exercise of provisions of Members of Maharashtra Legislative Assembly (Disqualification on ground of Defection) Rules, 1986 by the deputy speaker which is completely violative of Article 14 and 19(1)(g) of the Constitution.

"The illegal and unconstitutional action of the Deputy Speaker insofar as recognising Ajay Choudhury as the leader of the Shiv Sena Legislature Party (SSLP) despite the said request being admittedly made by a minority faction of the SSLP. Further, the said Respondent No. 1 (Deputy Speaker), even after belonging to the minority faction of the SSLP, has also filed a Petition under Rule 6 of MLA Defection Rules seeking disqualification of the Petitioner under Para-2(1)(a) of the Tenth Schedule of the Constitution of India for which the Petitioner received a notice dated June 2, 2022," the plea said.

The petition contended that the seat of Speaker is vacant since Nana Patole resigned from office in February 2021 and there is no authority who can adjudicate upon the disqualification petition under which the impugned notice has been issued to the petitioner.

The plea filed through advocate Abhinay Sharma said the deputy speaker cannot disqualify any member under the Tenth Schedule of the Constitution during the pendency of his own removal resolution and termed his action in recognising Ajay Choudhary and Sunil Prabhu as Leader and Chief Whip of SSLP as illegal.

"Issue a writ of prohibition/mandamus or any other appropriate writ, direction or order, interim in nature stay the effect and operation of the notice dated June 25, 2022, issued to the Petitioner by the Respondent No. 1.

"Issue a writ of certiorari or any other appropriate writ, order or direction hold and declare that the Letter/order dated June 21, 2022, passed by the Respondent No. 1 accepting the appointment of Respondent No. 4 as Leader of Shiv Sena Legislature Party is illegal and unconstitutional and be pleased to quash and set aside the same," the plea said.

The Maharashtra legislature secretariat on Saturday had issued "summons" to 16 rebel Shiv Sena MLAs, including Shinde, seeking written replies by the evening of June 27 to the complaints seeking their disqualification.