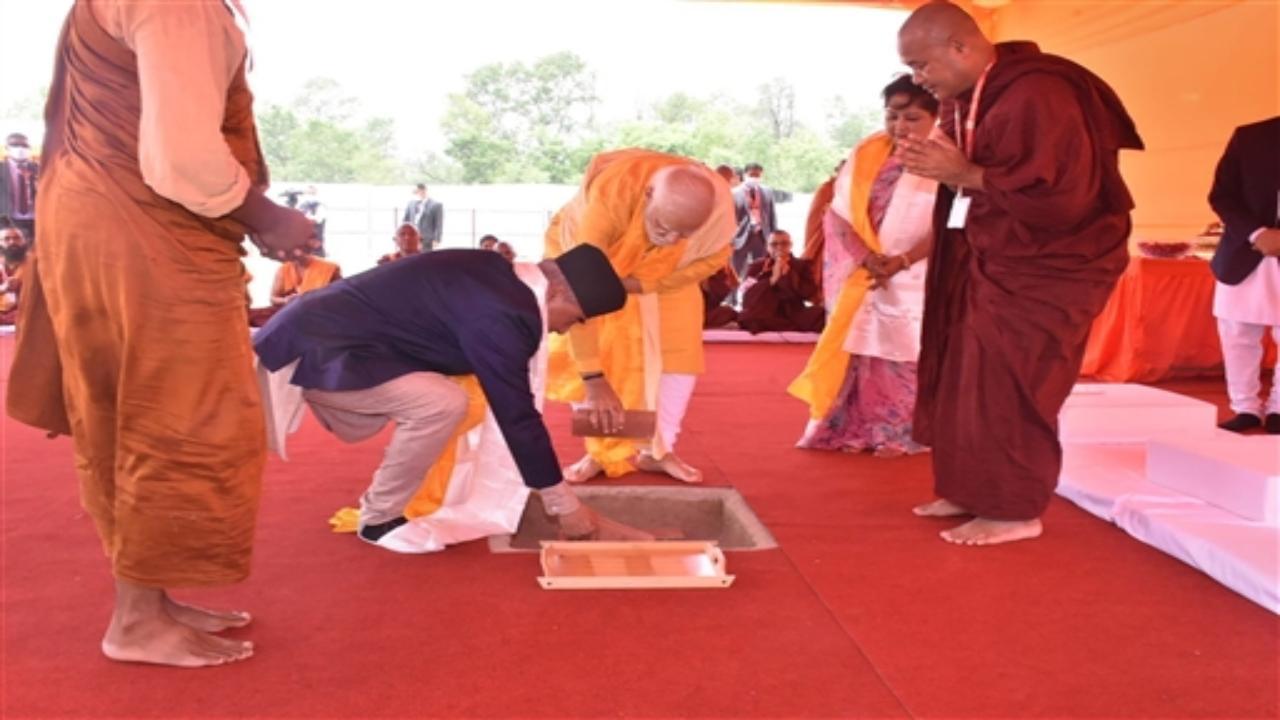 
Prime Minister Narendra Modi along with his Nepalese counterpart Sher Bahadur Deuba laid the foundation stone for the India International Centre for Buddhist Culture and Heritage in the Lumbini Monastic Zone.

Once completed, the Centre will be a world-class facility welcoming pilgrims and tourists from all over the world to enjoy the essence of spiritual aspects of Buddhism. "Taking forward our cultural ties. PM @narendramodi and PM @SherBDeuba perform Shilanyas ceremony of the India International Centre for Buddhist Culture & Heritage," Ministry of External Affairs (MEA) Spokesperson Arindam Bagchi said on Twitter.

"The centre is being built at the initiative of the International Buddhist Confederation, New Delhi," he said. The Centre will be a modern building, NetZero compliant in terms of energy, water and waste handling, and will house prayer halls, meditation centres, library, exhibition hall, cafeteria, offices and other amenities, the MEA said in a statement. The Centre will be constructed by the International Buddhist Confederation (IBC), New Delhi, on a plot allocated to the IBC by the Lumbini Development Trust (LDT), under an agreement between the IBC and the LDT signed in March 2022, it said.

After the "shilanyaas" ceremony, which was performed by monks belonging to three major Buddhist traditions, Theravada, Mahayana and Vajrayana, the two Prime Ministers also unveiled a model of the Centre, the MEA said.