A total of 91.96 per cent students have passed the RBSE science exam 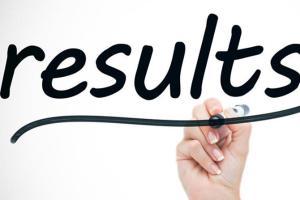 
Rajasthan Board of Secondary Education (RBSE) announced the class 12 science result on Wednesday. A total of 91.96 per cent students have passed the RBSE science exam.

How to check result via SMS

Students who appeared for the RBSE Rajasthan Board 12th Science examination can also check their results via SMS. Science students can check result by typing RESULT<space>RAJ12S<space>ROLL NUMBER and sending it to 56263.

This year, over 9 lakh students appeared in the senior secondary exams, which was concluded on June 30. The board conducted the pending exams on major papers like English, Hindi, Mathematics, Geography. The results of the senior secondary science stream examination were declared in presence of state education minister Govind Singh Dotasra.

Interestingly, a total of 2.39 lakh (2,39,800) students had appeared for the science stream examinations this year. The exams, which were deferred in March, concluded on June 27.

In 2019, RBSE recorded a pass percentage of 92.88 per cent students in the science stream exam. Science has been one of the top-performing streams in the Rajasthan Board class 12 exams. Last year, it has a better pass percentage than compared to commerce and humanities streams.

During this year's examination, over 9 lakh students appeared in the senior secondary exams, which concluded on June 30. The board has conducted the pending exams on major papers including English, Hindi, Mathematics, and Geography. While the results of the science stream have been announced, the result of commerce and arts streams and the class 10 examinations are expected to be announced later this month.