The MLAs are expected to land in the night and will head to the five-star hotel in Dona Paula village by road, a distance of 30 km from the airport 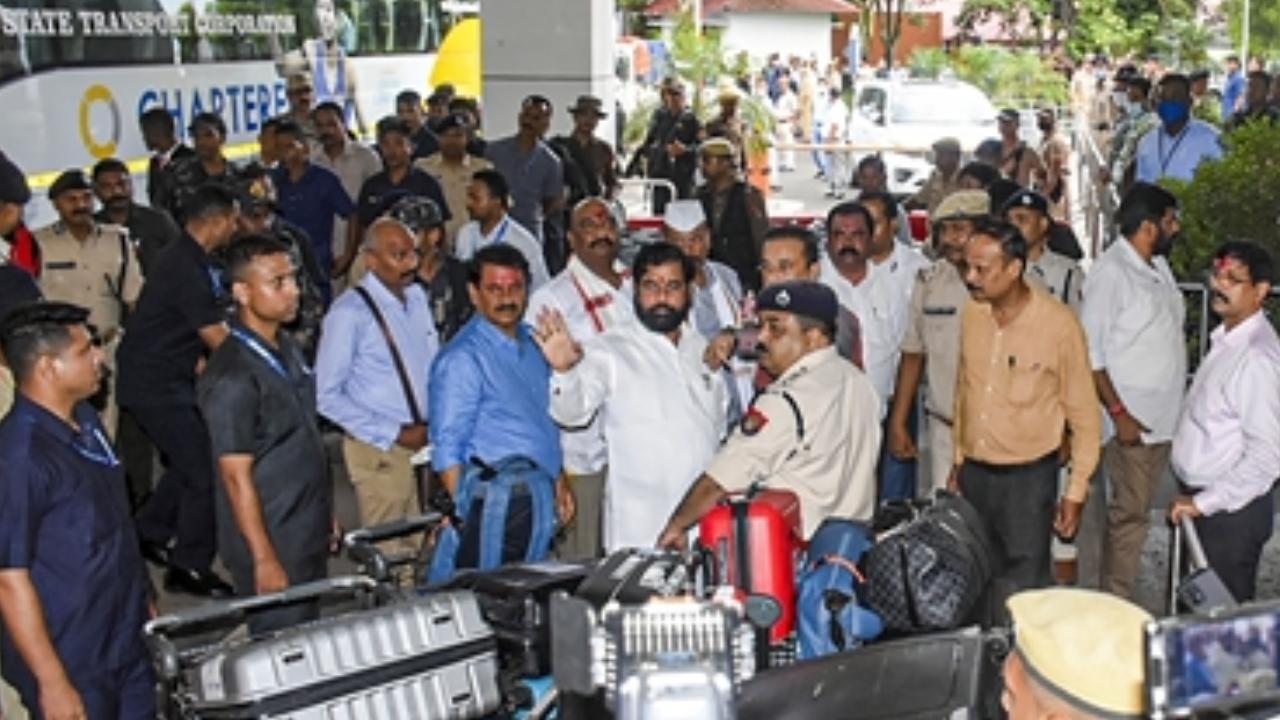 
Police on Wednesday stepped up security at the Dabolim airport in Goa and a five-star hotel near Panaji ahead of the arrival of rebel Maharashtra Shiv Sena MLAs from Guwahati.

A posse of policemen led by the district superintendent of police Shekhar Prabhudessai has been deployed at the airport in the evening.

The MLAs are expected to land in the night and will head to the five-star hotel in Dona Paula village by road, a distance of 30 km from the airport.

Security is also tightened at the hotel and unnecessary movement of the people on its premises has been restricted, sources said.

Media persons are also not allowed to go beyond the main entrance of the hotel.

The hotel management remains tight-lipped about the bookings but sources said at least 70 rooms have been booked for the MLAs.

Earlier in the day, the MLAs led by senior Shiv Sena leader Eknath Shinde took darshan at the famous temple of goddess Kamakhya before leaving Guwahati, where they were camping for a week.

A close aide of Shinde had said the group will be staying in a Goa-based hotel and reach Mumbai by 9.30 am on Thursday to participate in the floor test ordered by the Maharashtra governor.