The 28-year-old who is accused of killing and dismembering Shraddha's body, stroring the chopped body parts in a refrigerator before disposing them is currently in the custody of Delhi Police which is putting together the pieces of the murder 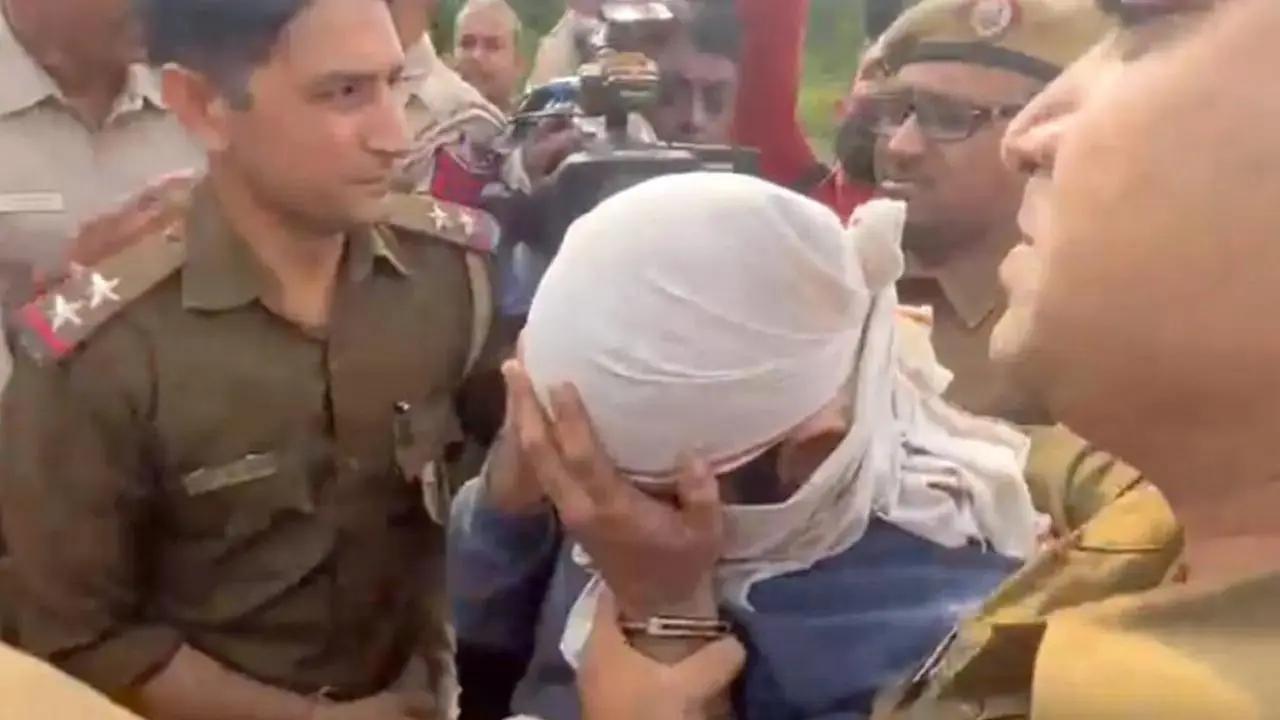 The 28-year-old who is accused of killing and dismembering Shraddha's body, stroring the chopped body parts in a refrigerator before disposing them is currently in the custody of Delhi Police which is putting together the pieces of the murder.

One of the investigators in the case even said that Aftab is very clever and a "new twist" can be expected in the case.

According to sources, Aftab shares his jail cell with two more inmates who frequently play a game of chess on the chess board available in the cell. Often Aftab keenly observes the games of the two other inmates and whenever he gets a chance he plays both the white and black pieces. He is the single player and he strategises and plays both sides himself, says sources.

"The vicious Aftab is fond of chess and he prepares different strategies and plays the board from both ends," sources said, adding that he is a "good player, in this game of checkmate".Both the undertrials who share Aftab's cell have been accused in a theft case and according to sources they have been asked to keep a close watch on him.

Sources said, "Aftab does not converse much with them. He just keeps playing chess alone in jail for hours".

The jail sources also informed that Aftab plans his own moves against himself and that is something the Delhi Police have been suspicious of from the very beginning "Aftab is very cunning. His every move seems part of a well-planned conspiracy and as if he is playing alone from both ends..."

As per the sources, during the course of the investigation, taking note of his calculated moves a senior officer of the Delhi Police had even stated, "sometimes it seems that the investigating officer is not us but the accused Aftab, at whose behest the Delhi Police department is going places, and it is evident in the way the police has got entangled in his already woven story."

As per the police sources, "This is the reason why during initial investigation, the police took the help of a psychologist to get to know his mind, and later sought a narco analysis test."

"It is difficult to believe anything about him", the police sources said.

Earlier, talking to ANI, one of the investigators in the case told that Aftab is very clever and can do anytime to bring a new 'twist' to the case.

He further said Aftab has totally followed what the police told him to do. He confessed his crime, co-operated with police, and agreed to the polygraph and narco test. But now the police are becoming suspicious about his "good" behavior.

Initially, Aftab was trying to misguide the Mumbai Police. But, once the case came under the jurisdiction of Delhi Police, he started confessing his crime. The police say they suspect it to part of his "devious" scheme.

As per information, the jail authorities have increased the security outside Aftab Poonawalla's jail quarters, and deployed an additional guard outside his barrack, especially after an attack on a jail van ferrying Shraddha's alleged killer outside the Forensic Science Laboratory (FSL) in Delhi's Rohini.

The Tihar Jail Authority has also said that in view of the danger to Aftab inside the jail, "special vigil is being kept around his cell", adding, "Aftab neither talks much to anyone nor does he mingle".

According to jail officials, Aftab eats and sleeps on time as if he has no remorse for his actions."It seems from his actions that the murder of Shraddha Walkar was also a part of a deeper conspiracy like his chess strategies," the jail sources stated.

Aftab is accused of strangling to death his live-in partner and chopping her body into 35 pieces. He is also alleged to have preserved the chopped body parts in a refrigerator before dumping them in forested areas in Delhi and Gurugram.

Police had earlier said Aftab, who confessed to killing Shraddha and chopping her body was giving misleading answers to questions.