As the protesters sat on a dharna on the highway on Sunday, police tried to pacify them by bringing victim's father to the spot to talk to them. The protesters, however, refused to budge 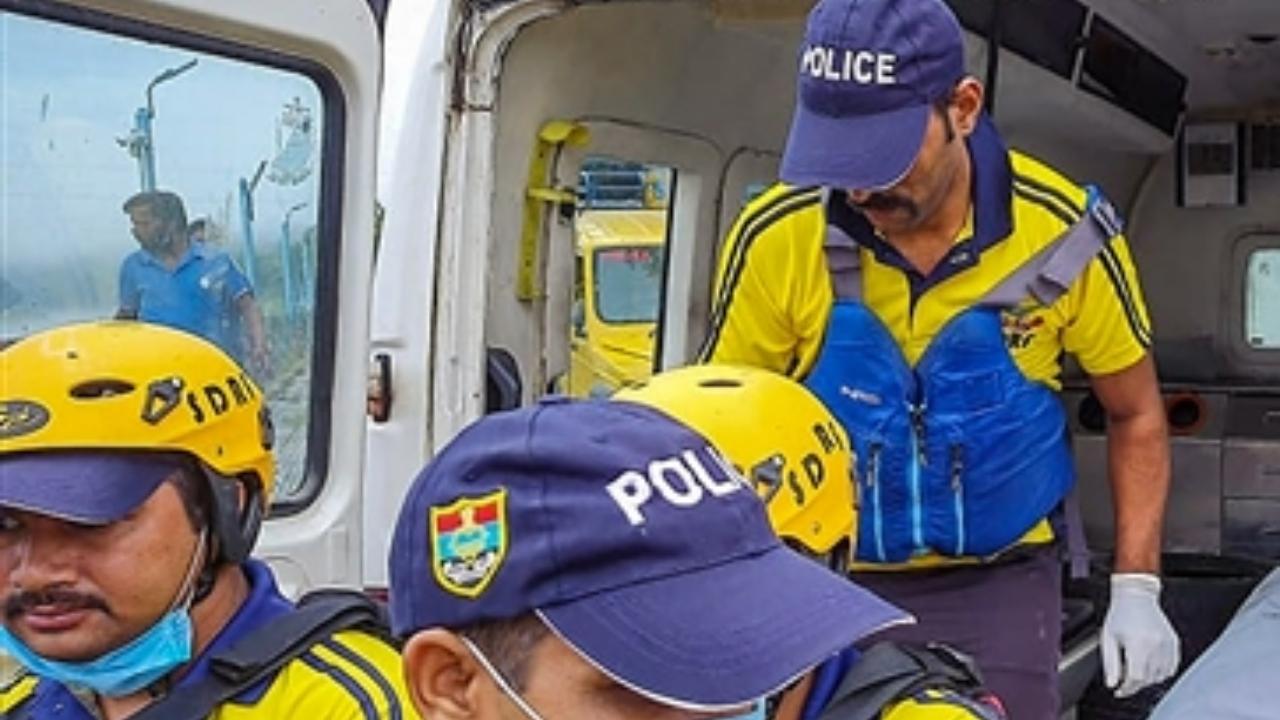 Cops shift body of the victim who was murdered allegedly by the resort owner to hospital. File Pic/PTI


The Rishikesh-Badrinath national highway was blocked for several hours in Uttarakhand's Shrinagar area on Sunday by people demanding justice for a 19-year-old woman receptionist killed near Rishikesh allegedly by her employer.

Ankita Bhandari's body was found in the Cheela canal close to Rishikesh on Saturday, six days after her parents found her missing from her room.

As the protesters sat on a dharna on the highway on Sunday, police tried to pacify them by bringing Ankita's father Virendra Singh Bhandari to the spot to talk to them. The protesters, however, refused to budge.

They demanded the perpetrators of the crime be hanged immediately. A section of women at the dharna site also demanded that the accused be handed over to them so that they could be punished appropriately.

Also Read: She was killed for refusing to have sex with guests, says police

Ankita Bhandari worked at the Vanantara resort in Pauri district's Yamkeshwar block owned by Haridwar BJP leader Vinod Arya's son Pulkit Arya. Pulkit and two other employees have been arrested in the case.

Some of the protesters also said they would lift the blockade only after a written assurance from the administration of a compensation and a job to Bhandari's family.

Additional Superintendent of Police Shekhar Chandra Suyal appealed to them to end the protest, saying all necessary action was being taken against the accused.
Virendra Singh Bhandari, who was brought in to try to pacify the protesters, told the crowd that the police were cooperating with him and investigations were being carried out properly.

The protesters, however, claimed that he was making the statement under pressure from the administration.

Shops in Shrinagar kept shutters down in protest against the murder. Ankita Bhandari's village Shrikot is about 23 km from Shrinagar, where her body has been kept in a mortuary after an autopsy at AIIMS, Rishikesh.