While the final voting figures were awaited, 48.48 per cent turn-out was recorded till 3 pm 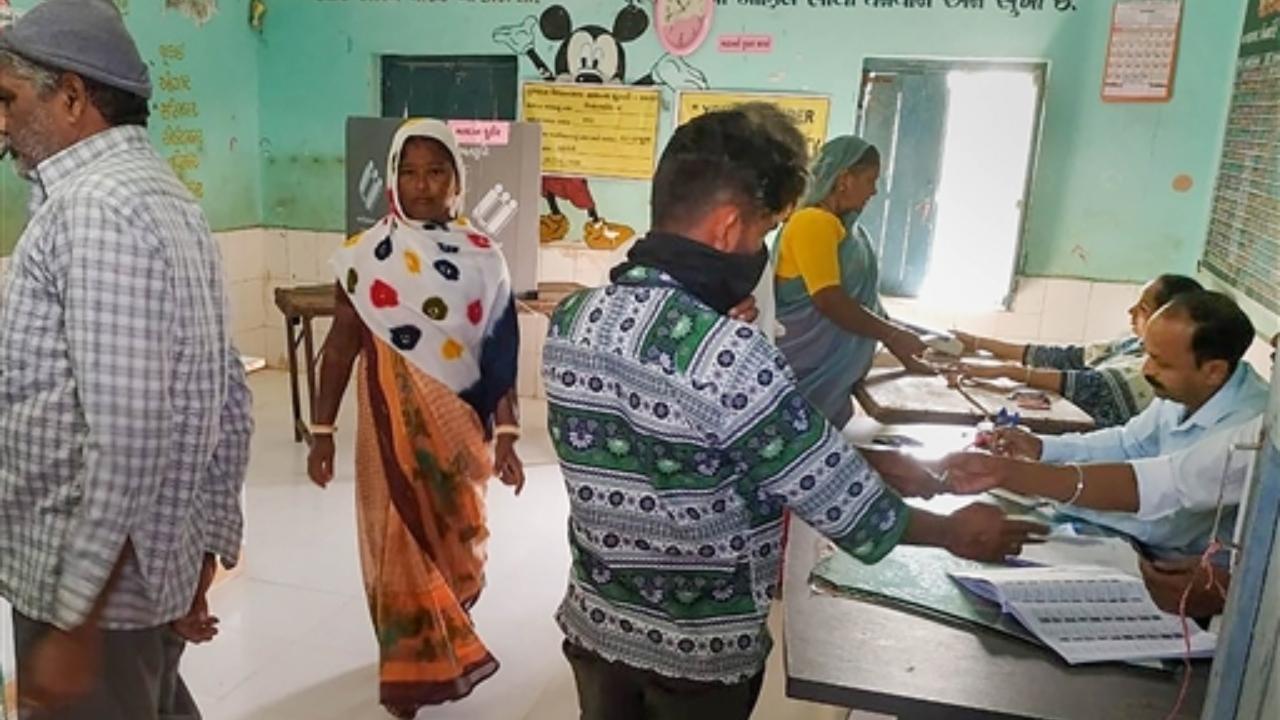 People cast their votes during the first phase of Gujarat Assembly elections, at Shiyalbet village in Amreli district Pic/PTI


Voting ended for the first phase of the Gujarat Assembly elections in 89 seats across 19 districts of Saurashtra-Kutch and southern regions at 5 pm on Thursday.

While the final voting figures were awaited, 48.48 per cent turn-out was recorded till 3 pm, the Election Commission said.

Barring a few minor incidents and some reports of problems in the Electronic Voting Machines (EVMs), the voting process, which commenced at 8 am, remained largely peaceful.