Claiming the Earth as nation

The most popular one was the concept of Bharat Mata, created in the early 20th century. Before that, India was created using various ideas 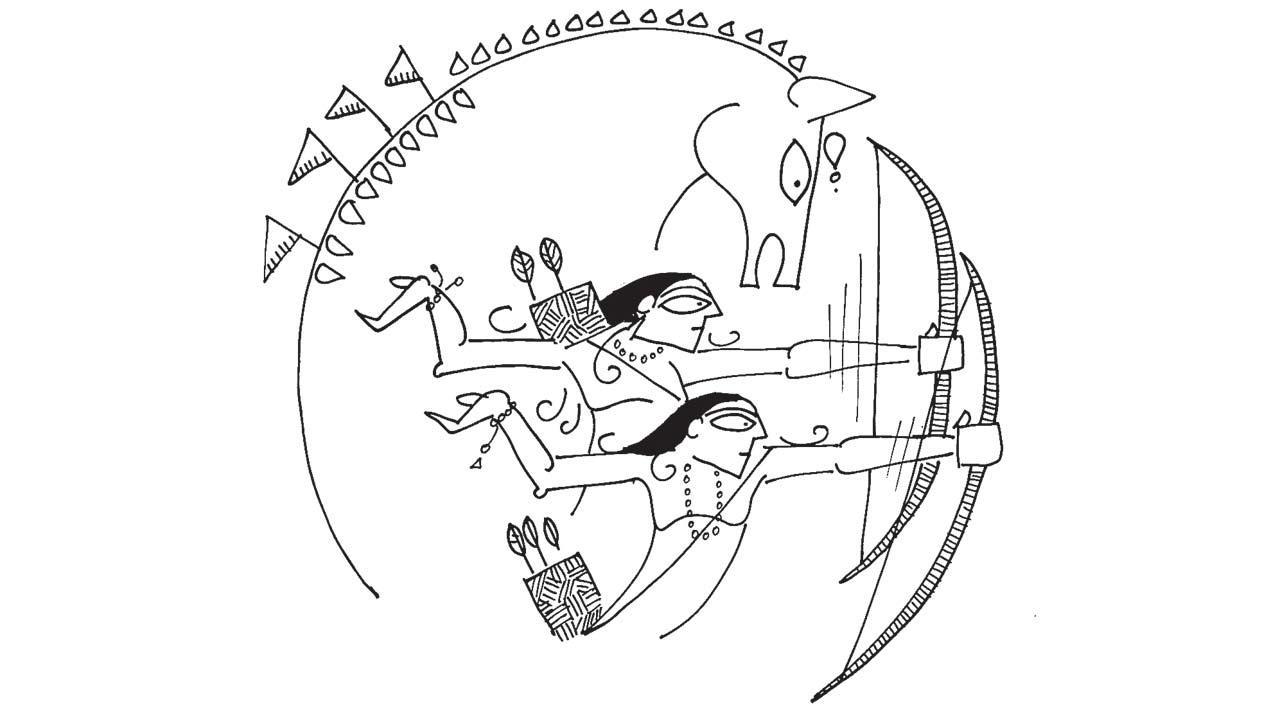 In prehistoric times, people captured a hunting ground or agricultural land or pastures by claiming that is where the ancestor was buried. Burial was an important ritual invented by ancient people to claim rights over lands. Later, they invented stories to claim land.

The Maori say that their cultural hero, Maui, once went fishing on a canoe and pulled out a big fish. The big fish became the North Island of New Zealand, and the canoe became the South Island. Thus, through a cultural narrative, i.e. myth,  the Maori staked claim on New Zealand.

In the same way, in Nepal, it is said that, in the beginning of time, a great Lotus bloomed in the middle of a lake from which arose Adi Buddha. He was Swayambhu, self-created. The lake dried up and gave rise to the Kathmandu Valley. The lotus flower became a mountain, which houses the Swayambhunath Stupa. Thus, through mythological lore and Buddhist narrative, Buddhism stakes claim to the land of Nepal.

Similarly, cultural stories are used to stake claim to India. The most popular one was the concept of Bharat Mata, created in the early 20th century. Before that, India was created using various ideas. For example, in Vedic times, there was a concept of Aryadesha, the land occupied by the Aryas. This shifted from the Northern Gangetic plains and gradually expanded to include the Deccan region. In the various dharma shastra, it was described as the land where the black buck roams.

After Buddha was cremated, his bones and hair were buried in different parts of India to create the holy Buddha Kshetra, which became India. In Ashokan edicts, we hear the word Jambudvipa referring to the Indian subcontinent for the first time. In the Jain king Kharavela’s edicts, the preferred word is Bharatvarsha. Thus was India claimed by the Buddhists and the Jains.

In the Hindu school of thought, it is said that Shiva danced with the corpse of Sati in his arms, literally, until the body of Sati broke into tiny pieces and fell upon different parts of India. This gave rise to the various Shakti Sthala or Shakti Peeth. This again maps itself to South Asia, specifically the Indian subcontinent. Some parts of Sati’s body are found in Bangladesh and Pakistan. They, too, became part of Akhanda Bharat.

Another way in which these regions are culturally connected to India, is through the Ramayana and Mahabharata. There is repeated mention in the epics of horses travelling on the land to be claimed by Aryan kings. Rama, of solar dynasty, connects north (Kosala, Videha)  to south India (Kishkinda, Lanka), while Krishna of lunar dynasty connects east India (Kuru, Magadha) to west India (Gandhara, Dwarka).

Thus, we see how cultural narratives have been created, to connect the land to a people and an imagination. We must never underestimate the power of these stories. Let us not forget that Israel is a landmass that is claimed by Jewish, Christians and Muslims, on grounds that it is where Abraham’s family is buried, where Jesus walked and from where Muhammad rose to heaven to meet Allah. Such stories gives these faiths the moral authority to fight over it. Thus, we see mythology playing a very important role in land rights and so, politics. Never underestimate the power of stories.