Exactly 30 years since JJWS, just had to tell Deepak Tijori that he shouldn’t have pushed Ratan Lal off the cliff 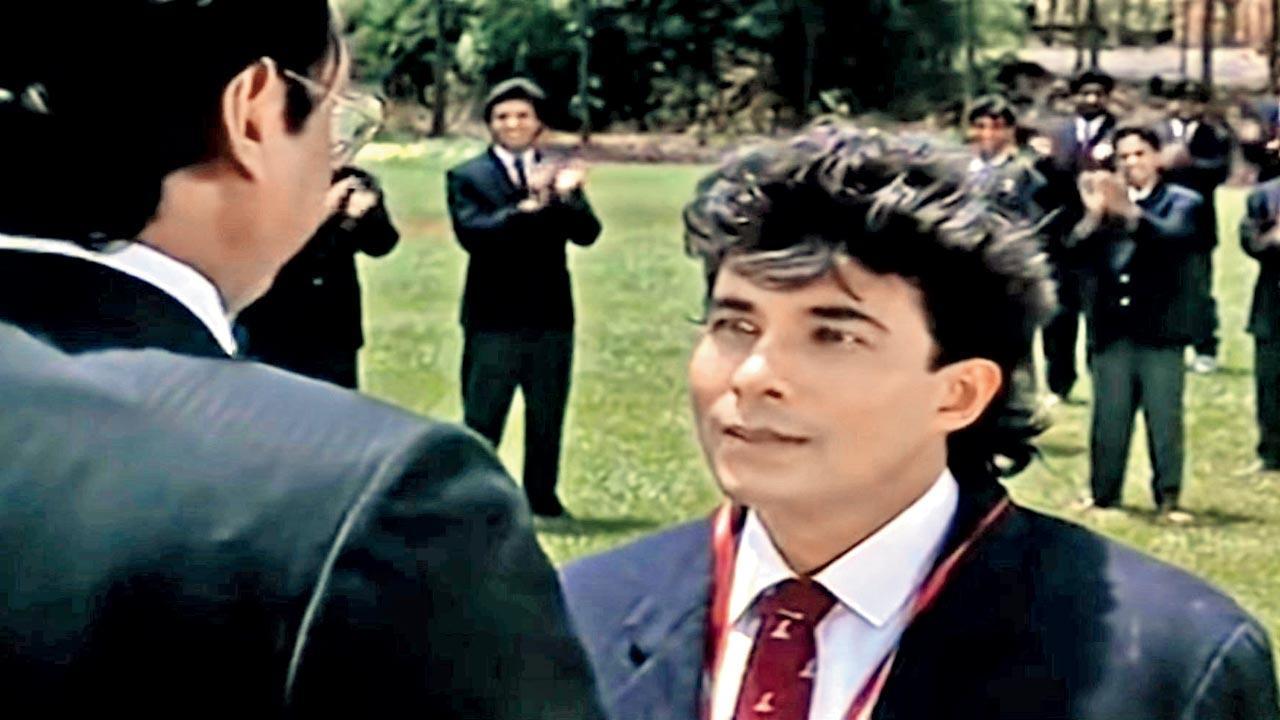 To think of it, Bollywood’s finest teenage romance ever, Jo Jeeta Wohi Sikander (JJWS), was entirely shelved, after completing about 75 per cent of shoot—and all the effort and money wasted. Only that its director, Mansoor Khan told Deepak Tijori this, only decades after its release, on May 22, 1992.

When Mansoor, along with his producer-father Nasir Hussain, met Tijori for the first time, upon Aamir Khan’s recommendation, they only told him the film’s villain had to be replaced. In the same way that actors Krishma Pahuja (for Pooja Bedi’s part) and Girija Shettar (for Ayesha Jhulka’s role) had been chucked out, after much shoot already.

Tijori himself had failed the audition for the young schoolboy antagonist’s part earlier. As had hundreds before him, including Akshay Kumar. Mansoor took Tijori over to Bandra’s Ketnav mini-theatre to show him the rushes of what they had shot.

Tijori was mesmerised by Archie’s Riverdale High like world created, with Aamir and his Model School friends, opposite the Rajput boys, headlined by super-model Milind Soman, as Shekhar Malhotra, “who looked like God on screen.”

(Now producer) Bunty Walia was also one of the Rajput jocks/boys. This lot had to be replaced, to start shoot altogether afresh. Also, Aamir as Sanju, and Mamik as the brother Ratan Lal, would have to play their parts all over again.

Tijori had become quite the rage after Aashiqui (1990). On cue, he began training for the cyclist champion’s part at the gym in Holiday Inn, where Shakti Kapoor would ask him to calm the hell down and do some other exercises, too: “Look at how only your thighs are bulging!”

JJWS, shot in Kodaikanal, Cunnoor (besides Bombay’s Film City) is an uncredited remake of Breaking Away (1979), which was set and filmed entirely in Bloomington, Indiana, as a tribute to the small town in America, that hosts the Indiana University.

The local, poor boys in that film are disparagingly called “Cutters”, because that’s what their working-class parents did, in order to build the fancy university in Bloomington, that the original inhabitants of the town can never get into.

Its equivalent in JJWS are of course the “Pajaama Chhaps” (of Model School), whose parents similarly service the rich kids, who come to study in a boarding school town. Only JJWS is a much more joyous and wholesome version of the Peter Yates Hollywood film.

How Mansoor wholly uplifted the romance and sports/cycle drama, besides infusing humour and Archie comics, was introducing into it, the warm element of sibling love, between brothers Ratan and Sanju—something I haven’t seen explored as well or at all since.

There was something about this film—the song ‘Pehla Nasha’, where Shah Rukh Khan gets his hands outstretched pose from (by the way); Pooja Bedi’s flying red skirt, inspired by Marilyn Monroe; the on-stage song medley, like Nasir Hussain had in Hum Kisise Kum Nahin (1977); the sincerity of Ratan; or quite simply the adorable Sanju and his co-ed Model buddies, bumbling around Ram Lal’s Café (apostrophe is missing on their board)…

Kids (boys in particular) of my generation rooted for JJWS in a way that we hadn’t for any film before. I distinctly recall as a child, way past my bedtime, sitting up to watch the Filmfare Awards, only to cheer JJWS win Best Film. Yay, it did!

Aamir did not win Best Actor. Anil Kapoor did, for Beta. Aamir hasn’t attended a desi film award since. There were allegations of blatant rigging. Years later I asked Anil Kapoor if he had indeed rigged that year’s Filmfare.

He said he didn’t take awards seriously enough to pull off such a stunt. I asked him if he’d ever spoken to Aamir: “About this? We have never spoken. We are great friends, and this is too small a thing.”

Maybe he’s right. Nobody I know remembers Beta. Everybody I know lovingly recalls JJWS. Its beauty perhaps lies in the fact that no character in it is really a hero, or a villain, for that matter. Everybody is as they would be, and probably are—going about life, based on the privileges accorded.

Exactly 30 years since the film’s release, I just had to meet and tell Shekhar Malhotra (Tijori) that he should not have pushed Ratan (Mamik) off the cliff. But then again, Sanju (Aamir) would not have emerged as the champion!

Also, that push was accidental—Shekhar was not a potential killer, just a bratty Reggie Mantle. As Ratan falls, you hear Shekhar go, “Oh shit!” Which wasn’t there in the script. The stunt master, too much into choreographing the action, didn’t want Tijori to express regret. Mansoor kept it.

Rich and arrogant, surely, but Shekhar is actually the absolute dude—great at all sports, not just cycling, the school head boy, and a Queen’s College chick-magnet of sorts. In fact, Tijori tells me when he first watched JJWS in Delhi (along with the film’s cast and crew), he could sense audiences in the theatre actually supporting/celebrating Shekhar Malhotra. So ‘Delhi’, bro!

Next Story : Need to stop taking law into our own hands