Hillary Clinton has blamed FBI director James Comey and Russian interference for her defeat in the last year's presidential elections, saying they "scared off" voters and deprived her of an otherwise expected victory 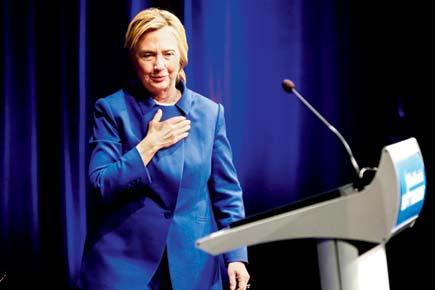 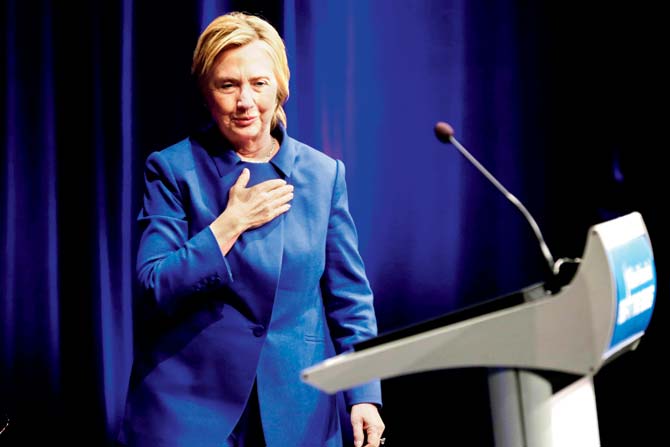 Washington: Hillary Clinton has blamed FBI director James Comey and Russian interference for her defeat in the last year's presidential elections, saying they "scared off" voters and deprived her of an otherwise expected victory.

The former Democratic presidential nominee, speaking during a charity luncheon, said she takes "personal
responsibility" for her loss to Donald Trump in the presidential race.

In her most detailed comments about her defeat since the shock result last year, Clinton blamed Russian interference in the US election and the release of a letter by Comey pertaining to the investigation into her emails just before the polls, saying such factors deprived her of an otherwise expected victory.

"If the election had been on October 27th, I'd be your president. And it wasn't, it was on October 28th and there was just a lot of funny business going on around that," Clinton told CNN in an interview at Women for Women International Forum in New York.

"It wasn't a perfect campaign. There is no such thing. But I was on the way to winning until the combination of Jim Comey's letter on October 28th and Russian WikiLeaks raised doubts in the minds of people who were inclined to vote for me, but got scared off," she said.

"The evidence for that intervening event is, compelling, persuasive," she said. Clinton, 69, highlighted Russia's role in hacking into her campaign's internal emails and subsequently coordinating their release on WikiLeaks.

"Ask yourself this, within an hour or two of the Hollywood Access tape being made public, the Russian theft of John Podesta's emails hit WikiLeaks. What a coincidence. So I mean you just can't make this stuff up," Clinton said.

"He (Russian President Vladimir Putin) certainly interfered in our election," Clinton said. "And it's clear he
interfered to hurt me and help my opponent."

Asked whether she was a victim of misogyny, she said, "Yes, I do think it played a role. misogyny is very much a
part of the landscape politically, socially and economically."

Hours later, Trump attacked Clinton on Twitter, saying she used the "phony" Russian hacking story as a justification for her loss in the November 8 presidential elections.

"FBI Director Comey was the best thing that ever happened to Hillary Clinton in that he gave her a free pass for many bad deeds!" Trump tweeted.

"The phony... ...Trump/Russia story was an excuse used by the Democrats as justification for losing the election,¿ he said in another tweet.

Responding to a question on North Korea during the interview, Clinton called for a regional effort.

"There has to be a regional effort to basically incentivise the North Korean regime to understand that it will pay a much bigger price regionally, primarily from China, if it pursues this reckless policy of nuclear weapons development and very dangerously for us, the missiles that can deliver those nuclear packages to places like Hawaii and eventually, the West Coast of the US," she said.

Noting that she takes the North Korean threat very seriously, Clinton said she does not believe that the US alone
is able to really put the pressure on this North Korea regime that needs to be placed.

"We should be very careful about giving that away. You should not offer that in the absence of broader strategic
framework to try to get China, Japan, Russia, South Korea, to put the kind of pressure on the regime that will finally bring them to the negotiating table with some kind of realistic prospect for change," Clinton said.

During the interview, Clinton described Syria as another one of those "wicked problems" which everybody is desperately trying to figure out.

"Syria is another one of those wicked problems which everybody is, you know, desperately trying to figure out how
to stop a civil war, how to prevent Iran from increasing its influence, how to prevent Russia from having a real foot hold in the Middle East, which is something that they are desperately seeking," she said.

Next Story : Fight on flight: Two passengers beat each other wildly as video goes viral