Salman Rushdie on ventilator, likely lose an eye after attack

Rushdie's agent, Andrew Wylie, sent an update on his condition shortly before 7 pm on Friday, saying the author was on a ventilator and cannot speak 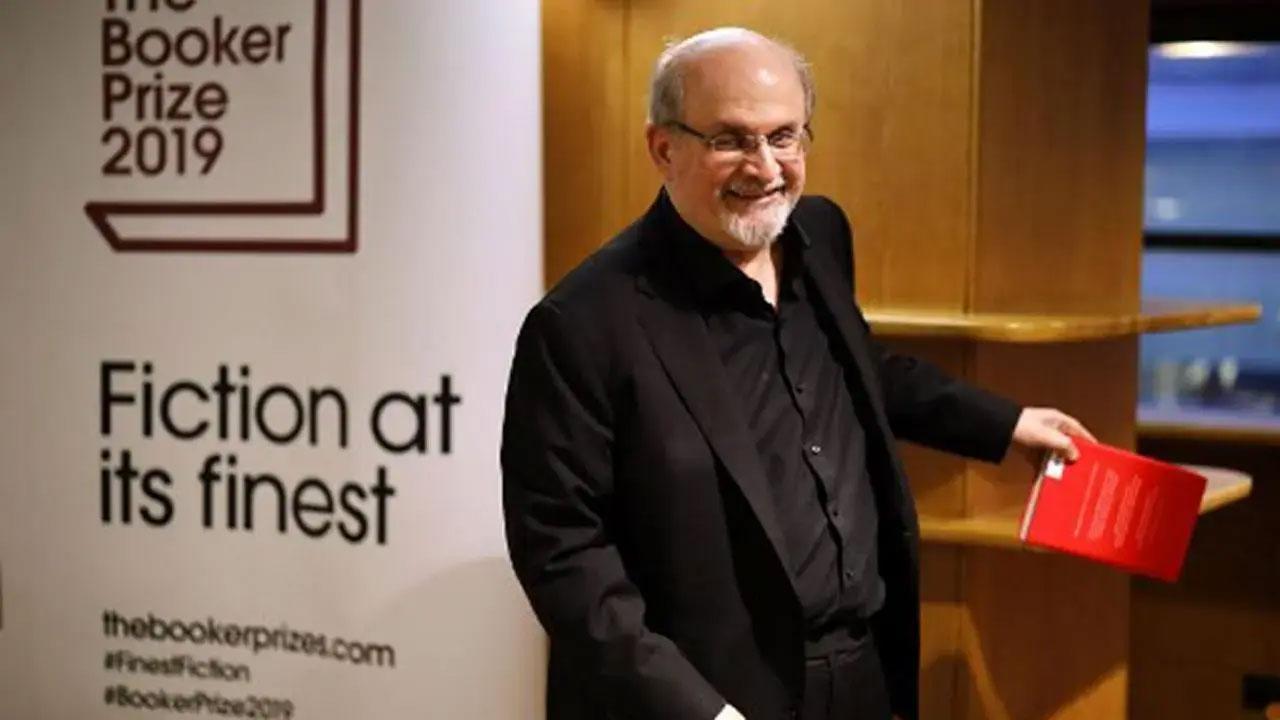 
Renowned author Salman Rushdie is currently on a ventilator and is likely to lose an eye after he underwent surgery following an attack at a literary event in New York. Rushdie, who received death threats from Iran due to his book 'The Satanic Verses', was "stabbed" at least once in the neck and once in the abdomen onstage at a lecture in western New York state on Friday morning.

Rushdie's agent, Andrew Wylie, sent an update on his condition shortly before 7 pm on Friday, saying the author was on a ventilator and cannot speak, New York Times reported. "The news is not good," he said adding "Salman will likely lose one eye; the nerves in his arm were severed, and his liver was stabbed and damaged." Rushdie, an Indian-born-British writer, faced death threats over his book 'The Satanic Verses' which was released in 1988. And after 30 years of a fatwa, Rushdie was attacked.

Earlier, New York State Police identified the suspect, who attacked Salman Rushdie, as Hadi Matar, 24, from Fairview, New Jersey while the motive behind the act is still unknown. "The suspect has been identified as Hadi Matar, 24, from Fairview, New Jersey. Earlier today, approx. at 10:47 am, the speaker Rushdie,75 and Henry Reese,73 had just arrived at the stage of the institution and shortly thereafter the suspect jumped out of the stage and attacked at least once in the neck and at least once in the abdomen," State Police Troop Commander Major Eugene J. Staniszewski said in a news conference.

The police further said that several members of the institution and the audience quickly responded to the incident and took the suspect to the ground. Staniszewski further stated, "We are in the process of obtaining search warrants. There was a bag and some electronic devices on the spot. We are at a very early stage of the investigation. Members of the FBI are helping us with the investigation."

He also said that the alleged attacker is currently in custody. The suspect has not been formally charged but the charges depend on Rushdie's condition. Staniszewski revealed that Rushdie is currently hospitalized in Erie, Pennsylvania. New York Governor Kathy Hochul, giving updates about Rushdie's health said that the author is alive and has been transported to a local hospital. "He is alive and has been transported, airlifted, to safety... The event moderator was attacked as well; he's getting the care he needs at a local hospital," she said.

The New York State Police said in a statement that a male suspect ran up onto the stage prior to a speaking event at the Chautauqua Institution in Chautauqua and attacked Rushdie.It said the author suffered an apparent stab wound to the neck and was transported by helicopter to an area hospital. A suspect has been taken into custody. The interviewer with Rushdie was also attacked during the incident and he suffered a minor head injury, the police said.

"State Police are investigating the attack on author Salman Rushdie prior to a speaking event at the Chautauqua Institution in Chautauqua, NY," the statement said. Several literary figures and public officials reacted to the attack on Rushdie. "Appalled that Sir Salman Rushdie has been stabbed while exercising a right we should never cease to defend. Right now my thoughts are with his loved ones. We are all hoping he is okay," UK Prime Minister Boris Johnson said in a tweet.

Khaled Hosseini, an American novelist said that he will pray for his recovery. Calling him an essential voice, Hosseini said that he is horrified by this attack on Rushdie. "Horrified to learn that Salman Rushdie has been attacked at a speaking event in upstate New York. Wish him a speedy recovery," Amitav Ghosh, an Indian writer, tweeted. "I just learned that Salman Rushdie was attacked in New York. I am really shocked. I never thought it would happen. He has been living in the West, and he has been protected since 1989. If he is attacked, anyone who is critical of Islam can be attacked. I am worried," Taslima Nasreen, another writer tweeted.