The attack damaged a hostel, two schools, a concert hall, the main council building and other administrative bases, he added 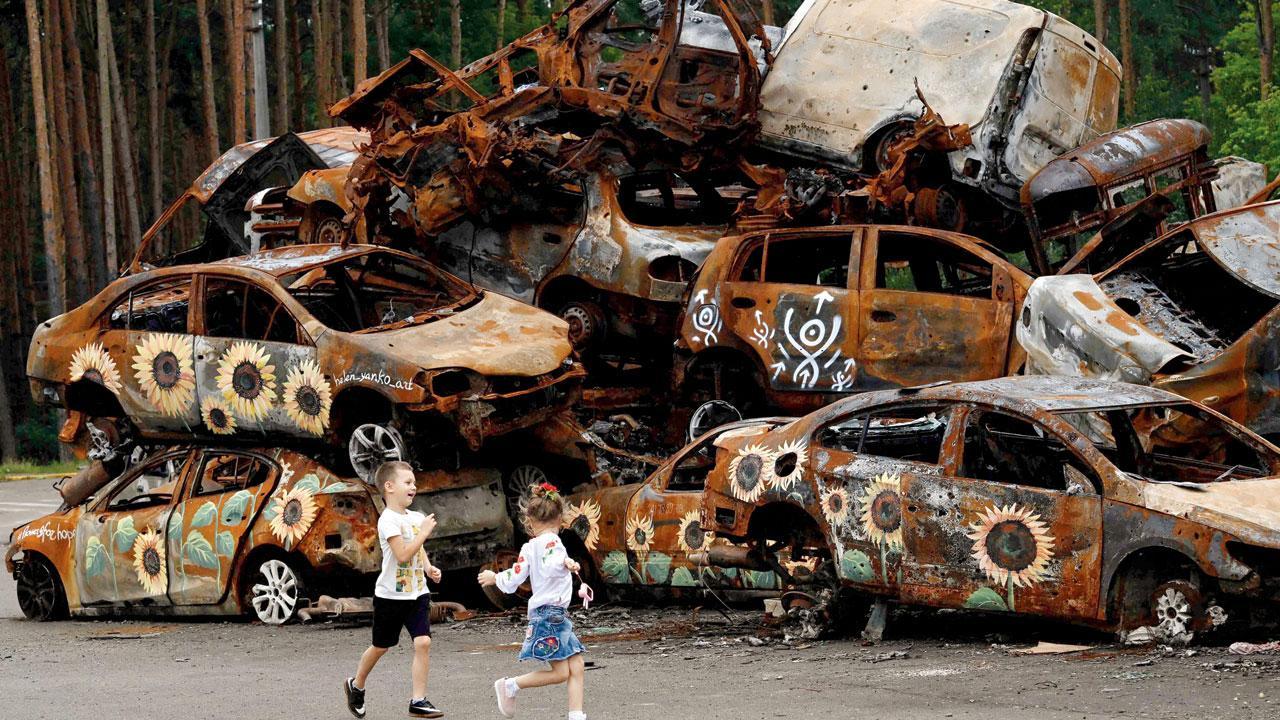 Children play at the symbolic cemetery of cars shot by Russian troops, some painted by local artists, in Irpin Tuesday. Pic/AFP


At least 13 people died after shelling overnight in Ukraine’s central Dnipropetrovsk region, governor Valentyn Reznychenko said on Wednesday. More than 20 buildings were damaged in Marganets, he said, a city across the Dnipro river from the Russian-captured Zaporizhzhya nuclear power plant, where there have been other reports of shelling.

Russia denies targeting civilians in what it calls its “special military operation” in Ukraine. Reznychenko initially put the casualties at 21, with 11 killed in the district of Nikopol and 10 in Marganets, but said in a subsequent message on the Telegram messaging app that 11 was the total number, without clarifying which initial details were incorrect.

U.S. President Joe Biden signed documents on Tuesday endorsing Finland and Sweden’s accession to NATO, the most significant expansion of the military alliance since the 1990s as it responds to Russia’s invasion of Ukraine.

Next Story : China withdraws promise to Taiwan after unification