Angelo Mathews remained unbeaten on 58 after Dhananjaya De Silva went out with the same score to take Sri Lanka to 282-5 at stumps on the third day, still trailing Bangladesh by 83 runs 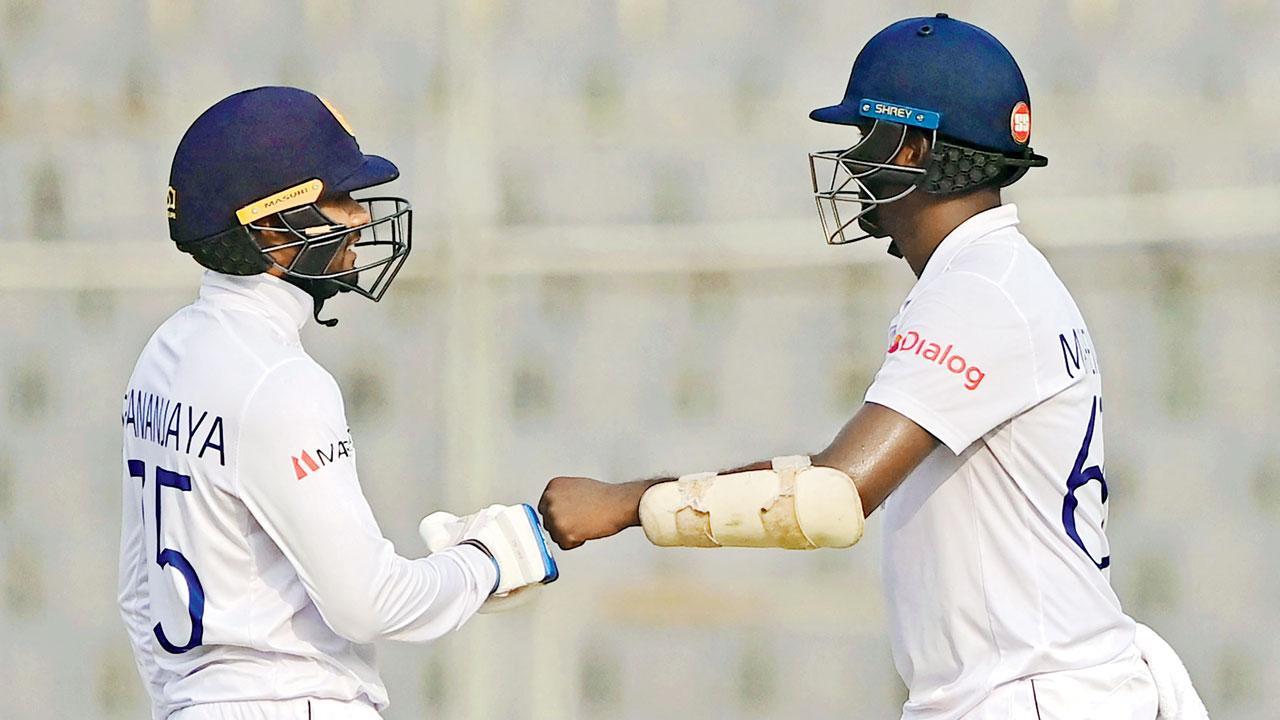 
Angelo Mathews and Dhananjaya de Silva each hit a fifty and put on a 102-run partnership to keep Sri Lanka going strong in the rain-hit second Test against Bangladesh on Wednesday. Mathews remained unbeaten on 58 after De Silva went out with the same score to take Sri Lanka to 282-5 at stumps on the third day, still trailing Bangladesh by 83 runs.

Rain washed out entire post-lunch session, but the duo stepped up their scoring rate to make up for lost time, with De Silva striking nine fours before Shakib Al Hasan got his wicket. The right-hander, who faced 95 balls, was initially given not out on a caught-behind appeal before Bangladesh successfully reviewed. Mathews, who smashed four fours and a six, was batting with Dinesh Chandimal on 10 at stumps.

Next Story : Aus players will not pull out of SL tour: Report