Vinicius Junior broke the deadlock just before half-time with a cross that snuck all the way into the far corner, but Kike Garcia’s well-taken header early in the second period earned Osasuna a point 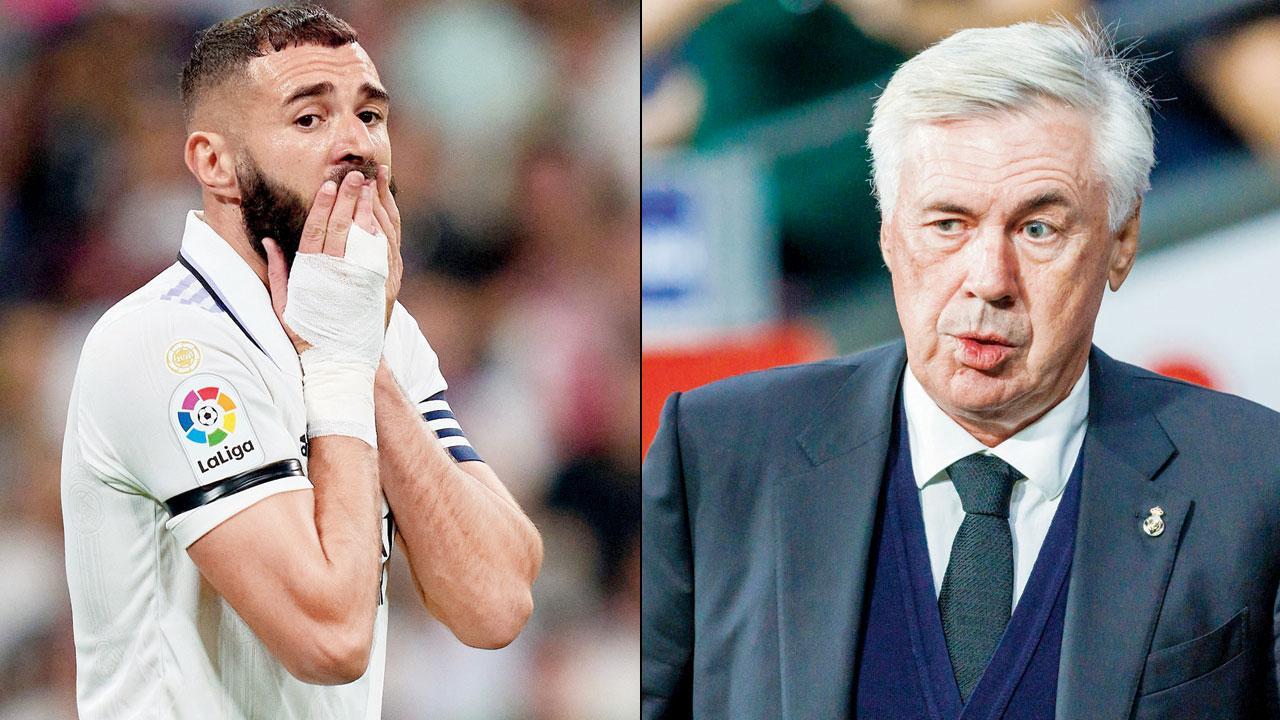 
Karim Benzema missed a penalty for Real Madrid as they finally blinked in the La Liga title race, dropping their first points of the season in a 1-1 draw with Osasuna on Sunday. After Barcelona beat Real Mallorca on Saturday, Madrid knew they had to win to stay top but were frustrated by Jagoba Arrasate’s well-organised side at the Santiago Bernabeu.

Benzema, on his return to the side after injury, won a spot-kick but then fired it against the crossbar, and also had a goal disallowed for offside as Madrid tried to force a way through. Vinicius Junior broke the deadlock just before half-time with a cross that snuck all the way into the far corner, but Kike Garcia’s well-taken header early in the second period earned Osasuna a point.

“What we were missing was scoring that penalty, normally Karim scores them,” Madrid coach Carlo Ancelotti told DAZN. “He had no problem playing the 90 minutes. It’s been a month since he’s played, he has to get his best form back. He did his part, he had the chance from the penalty. It’s an accident, sometimes it happens.” Real Madrid president Florentino Perez said.