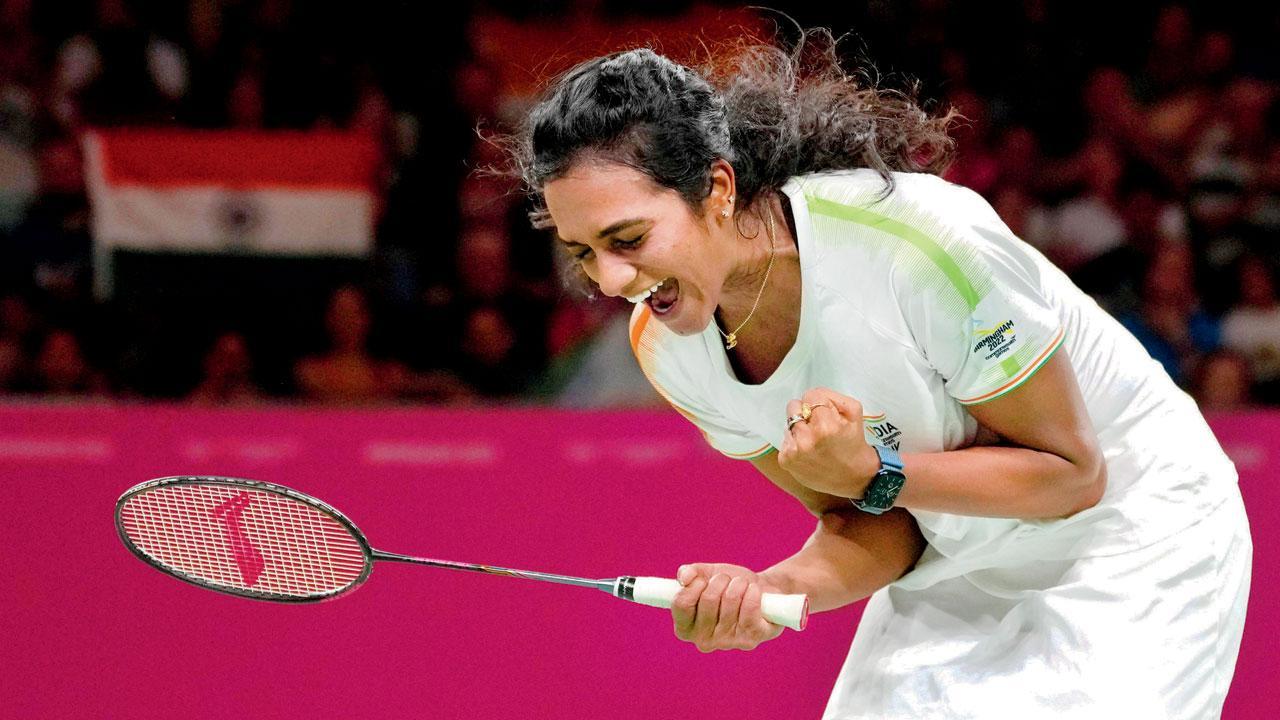 
A gold medal from a major multi-discipline Games is finally hanging around PV Sindhu’s neck. There was no over-the-top emotion, but the pure joy of finally ‘closing it’ was evident as she threw her hands up, thanked the crowd with folded hands and then went to her coach, Park Tae Sang and gave him a big hug. Sindhu beat Canadian Michelle Li 21-15, 21-13 in 48 minutes. 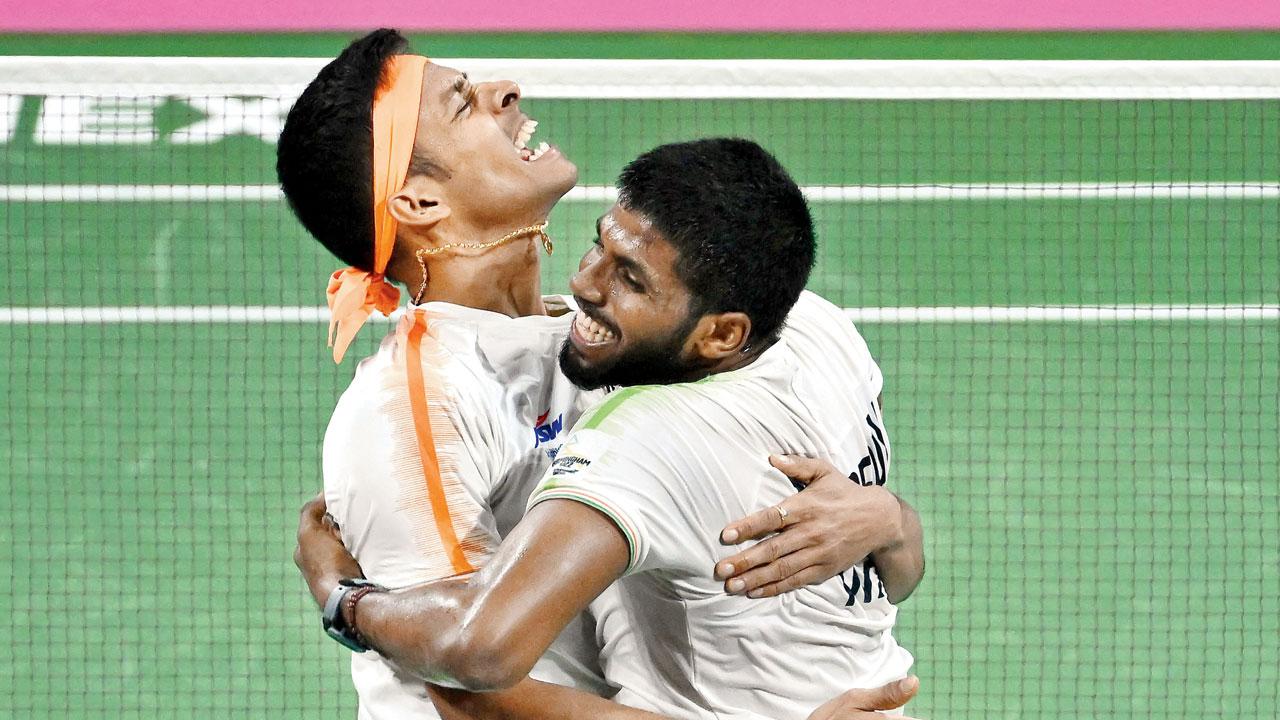 Soon after Sindhu’s win and medal presentation, Lakshya Sen rallied from a game down to overcome Ng Tze Yong of Malaysia 19-21, 21-9, 21-16 in a little over 70 minutes as India won both the men’s and women’s singles at a CWG for the first time. And finally, playing with a mission to wipe out the memories of their loss in the mixed team finals, Satwik Sairaj Rankireddy and Chirag Shetty outplayed their English opponents, Ben Lane and Sean Vendy 21-15, 21-13 to get India their third badminton gold.

Late on Sunday, Kidambi Srikanth won the men’s singles bronze beating Singapore’s Jia Heng Teh 21-15, 21-18, while the pair of Treesa Jolly and Gayatri Gopichand registered a 2-0 win over Australia’s Wendy Hsuan-Yu Chen and Gronya Somerville 21-15, 21-18. “I still haven’t spoken to my mom and dad. They must be thrilled. I can’t wait to be with them,” said Sindhu, speaking to the media here immediately after the medal ceremony. 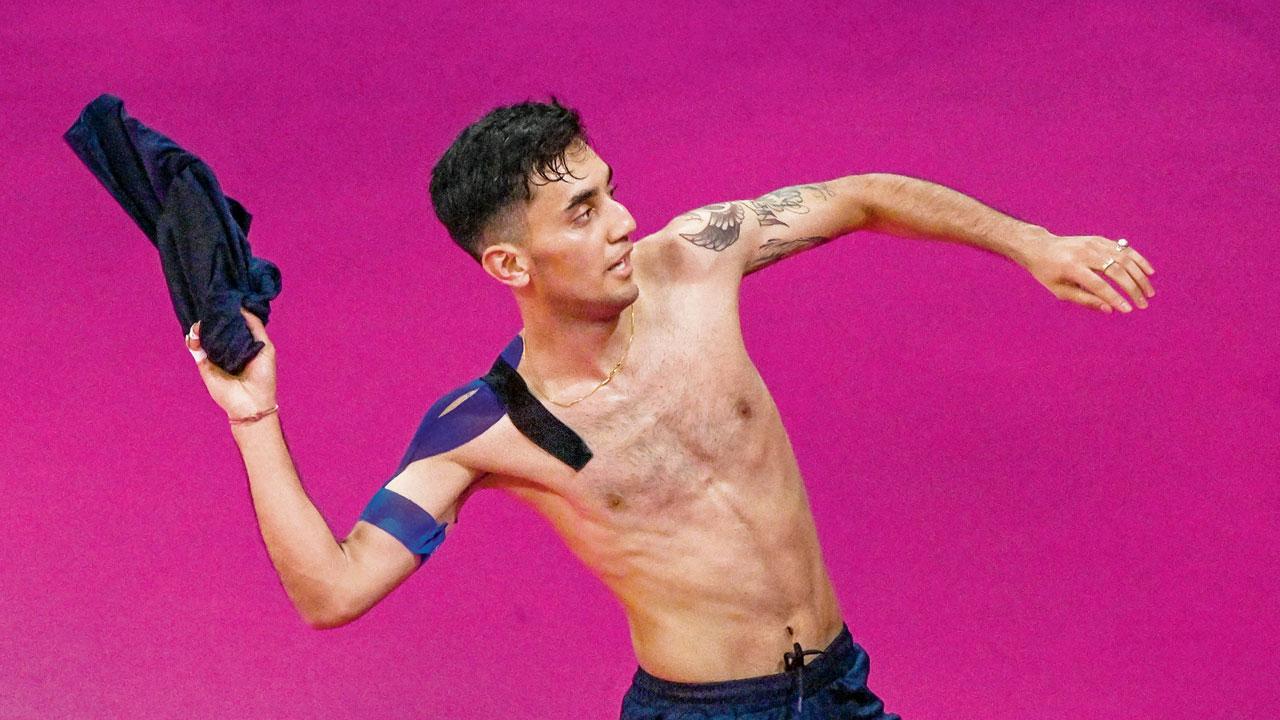 An ecstatic Lakshya Sen after winning gold at Birmingham

For Lakshya, it felt like a dream. “As a kid, I would dream of playing the All England, Thomas Cup and the Commonwealth Games because Prakash [Padukone] Sir had been the first to win it. So, to be able to win the CWG gold is like a dream. I speak to him after every tournament and will do that again,” said Lakshya, who trains at Padukone’s academy in Bangalore.

If Malaysia have found a rising star in Tze Yong, who is just 21, India have a super star in the making in Lakshya, 20, who engaged with the crowd wonderfully. After the winning point, he first threw his racquet, then his wrist bands and finally his sweat-soaked shirt into the crowd who loved it and will look forward to welcoming him when he returns here for the All England next March. The two finals were contrasting in that both Sindhu and Michelle LI were continuing a rivalry that began way back in 2014. Sindhu was playing her third CWG and Michelle her fourth.

In contrast, both Lakshya and Tze Yong were making their CWG debuts and one can look forward to a long rivalry between the two, who show so much variety in their play. While Sindhu became only the second Indian woman to win the CWG Gold, after two-time winner Saina Nehwal (2010 and 2018), Lakshya became the fourth Indian male to win the CWG singles after Prakash Padukone (1978), late Syed Modi (1982) and Parupalli Kashyap (2014).

Lakshya’s win also wiped away the two painful defeats Kidambi Srikanth suffered at the hands of the tenacious Ng Tze Yong. The young Malaysian, who came into the squad after their world-beater Lee Zii Jia skipped the CWG to focus on the World Championships in Tokyo later this month.

For Sindhu, it’s a monkey off the back, as the win ended a run of losses at major multi-discipline events finals that started from the 2016 Rio Olympics and carried on to 2018 CWG in Gold Coast and the 2018 Asian Games in Jakarta. She did not even have a gold from the South Asian Games, having lost the final in 2016 in Shillong. The gold also completed a full set of medals for Sindhu, who had a bronze in at the 2014 CWG in Glasgow followed by silver at the Gold Coast 2018, where she lost the final to Nehwal. Michelle was all praise for Sindhu: “In the eight years since we first met at the 2014 CWG, she has grown stronger and better and I’ve had injuries. I played well, but she was much better.”

Next Story : It’s been a fantastic two weeks: Sharath Kamal