We make the same mistakes every time in big finals: Harmanpreet Kaur

“We don’t do these mistakes in the league phase or in bilateral. 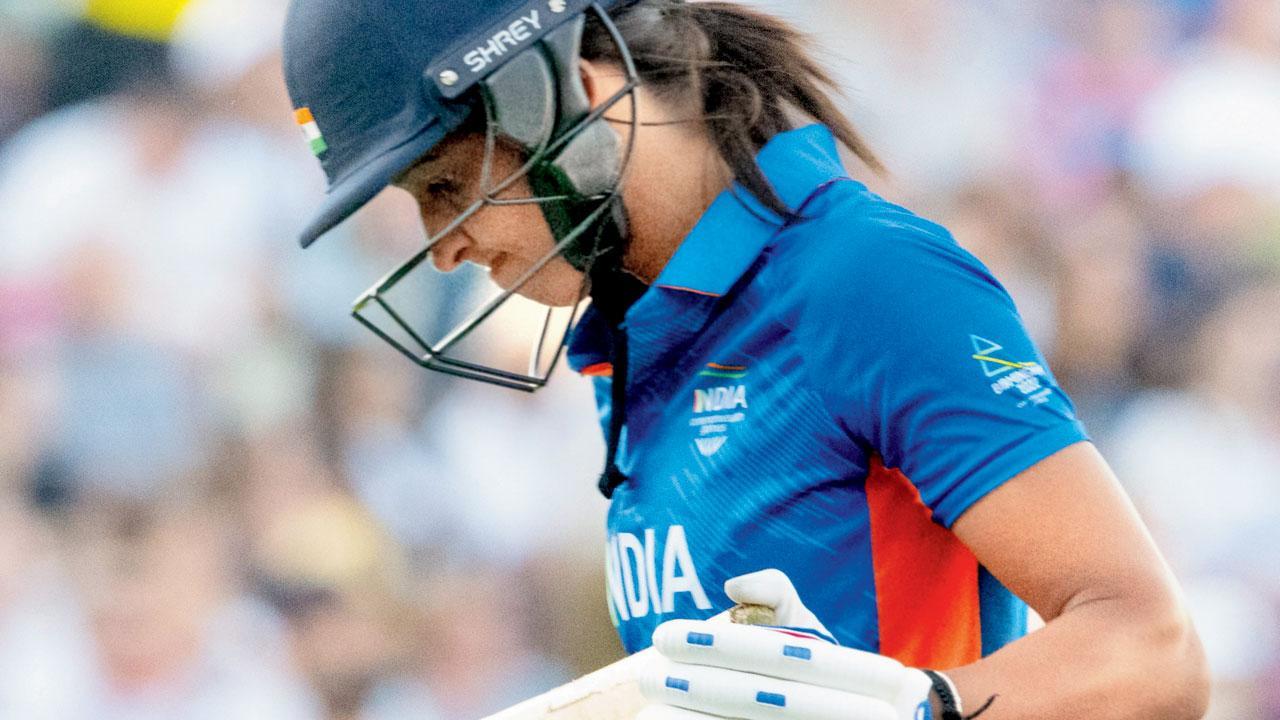 Harmanpreet Kaur after being dismissed for 65 against Australia. Pic/Bipin Patel


Heartbroken after a gold medal slipped out of their hands, India skipper Harmanpreet Kaur harped on the need to stop repeating same mistakes in title clashes, saying the “mental block” has to be broken, going forward.

Indian team came to close winning coveted gold on women cricket’s CWG debut, but fell short by nine runs after being in a dominant position against mighty Australia. It was deja vu for Harmanpreet and Co who had suffered a similar inexplicable batting collapse during the T20 World Cup finals defeat against Australia in 2020 and the 2017 ODI World Cup final in England. “Every time in big finals, we make the same mistakes again and again [with the bat], that is something we have to improve,” Harmanpreet said.  “We don’t do these mistakes in the league phase or in bilateral."

‘We had to show sportsman spirit’

Harmanpreet Kaur said they did not object to Australia’s Tahlia McGrath’s participation despite testing COVID-19 positive as they wanted to show ‘sportsman spirit.’ “The CWG had to take a decision and we were okay with it since she wasn’t very ill,” said Kaur.