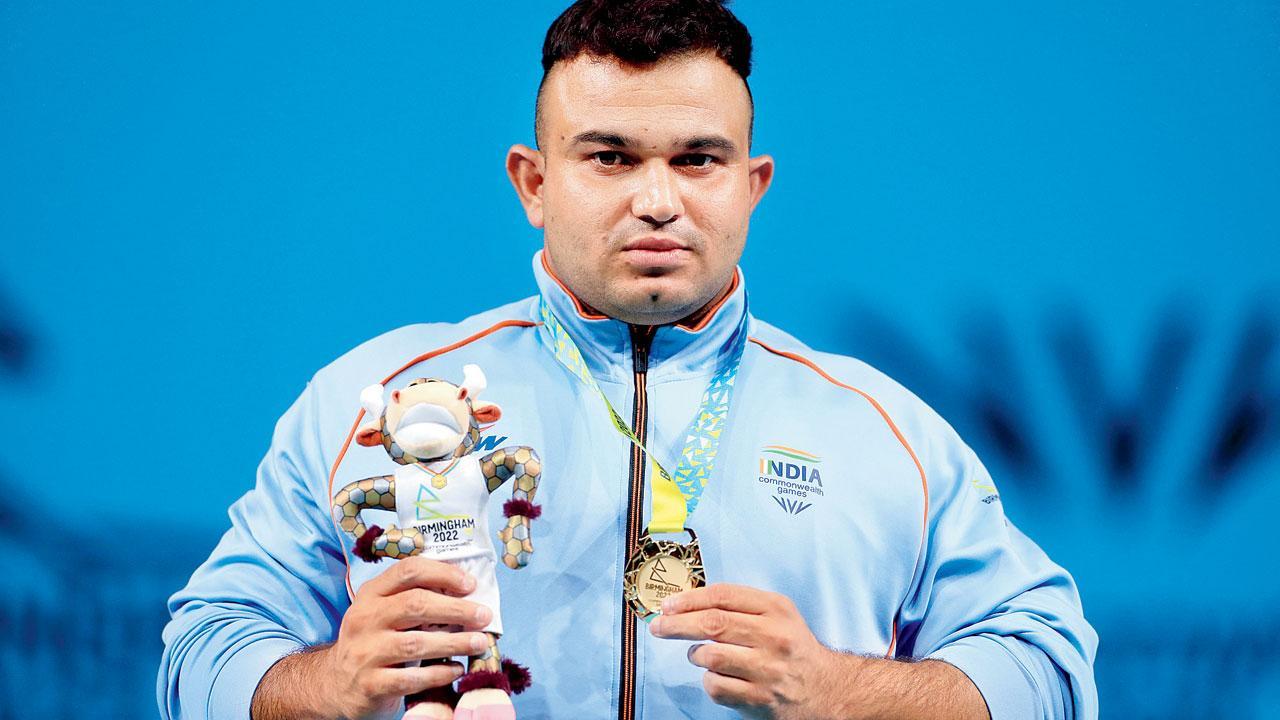 Sudhir Singh with his gold medal on the podium. Pic/Getty Images


In Birmingham Indian para-powerlifter Sudhir Singh came up with a brilliant effort to claim the gold medal in the men’s heavyweight division at the Commonwealth Games here on Thursday. Sudhir, who is ranked third in the world in World Para Powerlifting’s Official World Rankings for 2022 with the best lift of 214kg, came up with a top lift of 212kg to win the gold medal with a Commonwealth Games record.

This was India’s first medal in the para sports in Birmingham 2022. Sudhir started with a lift of 208kg and then improved it to 212kg for a Games Record. The 27-year-old attempted to improve his season’s best of 214kg by attempting to lift 217, but could not successfully complete the lift. Thus, Sudhir Singh had to settle for the best lift of 212, which fetched him 134.5 points and the gold medal. He improved on the record for points with his tally of 134.5 points.

“I absolutely thought I would win gold. My preparation was very good and I thank Birmingham for this. Preparation was good, the weather was good, and the crowd was great—fantastic,” Sudhir said after claiming the gold medal.

Sudhir said his immediate target was a big celebration in London with lots of shopping. But then he wants to prepare and go for gold in the Asian Para Games next year and eventually the Paralympic Games in Paris in 2023. “Next for me is a celebration: I’m going to London to enjoy some shopping and see the city. “My next target is the Asian Games, and then the Paris Olympics [in 2024],” he said.