As India along with the rest of the world looks to determine ways to tackle this pandemic some key elements that will determine the way forward will be people, market demand, supply, and cash (liquidity). 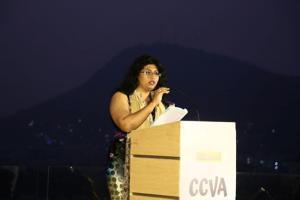 In this unique and first of its kind situation after the Spanish flu in 1918, it is a huge wakeup call of nature with around 2 Lakh factories in India being shutdown with at least 5 billion-man days lost until now.

As India along with the rest of the world looks to determine ways to tackle this pandemic some key elements that will determine the way forward will be people, market demand, supply, and cash (liquidity).

As India moves toward the true essence of swadeshi, the shift & focus will be surely on “Make in India” which will see an influx of capital as companies shift base from China.

For Indian manufacturers who have so far been heavily dependent on China like the rest of the world, self-reliance and localisation will be the new mantra for sustainability.

With a restricted movement of people, labour, goods, transport in India and across the world, technology too shall have its own limitations and any setup without an alternate supply will face a massive glitch due to hindrance in the supply chain, although government initiatives like the 20L crores package for revival of the economy will help drive localisation.

It would be pertinent to look at one of the lesser-known but an extremely important and interesting technology-driven sectors in our country, the P/M (PowderMetallurgy) sector.

Powder Metallurgy (in short P/M) is an art in the science of making metallic components from the corresponding constituent metal powders. These metal powders produced are compacted and sintered (diffusion bonded) to make the required machine components called sintered parts.

Powder Metallurgy is divided into two broad parts, one; manufacturing metal powders of ferrous and non-ferrous metals and their alloys and the other; using powders to make the parts.

80% of metal powders used in the P/M industry are Iron-based Powders while 20% are nonferrous.

The history of sponge iron powders in INDIA goes to back to 350 A.D evidence of which can be seen in IRON PILLAR at Delhi.

However, it was in 1911, that Hoganas A.B. of Sweden, re-invented the process of making sponge iron by a chemical reduction process, using Magnetite Iron Ore as a melting feedstock. In 1931, the process evolved towards the manufacture of sponge iron powder by employing double stage reduction.

While HOGANAS SWEDEN holds the world’s largest market share of sponge iron powder, the rest of the global players as QUEBEC & KOBE make ATOMISED & REDUCED grades, Chinese companies sell a mix of these in India, but their quality remains inconsistent.

India solely depends on imports of Iron Powders that are used extensively for components required for the automotive sector, along with welding, cutting and structural parts. Due to this unprecedented situation, it has become extremely necessary to be independent and start manufacturing in India.

Here we would like to reinstate that these Iron Powders or any other non-ferrous can be produced in India without any technological import or assistance.

For Mr.S. Mohanty the researcher and inventor in this technology, it has been a long journey of more than four decades of persistent efforts of pioneering applied research that led to the development of this technology. It continues even to this day with many proprietary works some of which that are patented vide Indian Patents nos. 154181, 168601, 171892 & 18635.

Our company Involute Metal Powders (IMPT)formerly S Mohanty &Co. been instrumental in setting up many metal powder industries in India for the manufacture of Copper, Bronze, Tin, Diluted Bronze and other alloy powders.

‘Ironically though, even after being the only technology provider in the world for the manufacture of sponge iron powder by the reduction process other than Hoganas, India still lags behind significantly in setting up a manufacturing facility which can stand at par with world standards and break the monopoly of the Iron Powder giant of the world.’

An indigenous process for the manufacture of Sponge Iron powder has been developed by the erstwhile S.Mohanty& Co registered under patent no. 154181. The process involves a two-stage reduction of Iron Mill Scales, instead of Magnetite. This process remains unique as no other REDUCTION process has been developed so far nor could a prototype of the Hoeganaes process be implemented anywhere in the world. In yet another first, Involute Metal Powdershas developed a high compressibility Iron Powder by the same two-stage reduction of Mill Scales (vide Patent no.171292).

While the Two-wheeler industry consumes approx. 90,000 tons of metal powder per year, the

Four-wheeler industry consumes around 75,000 tons per annum. Thus even though the total consumption of sponge iron powder in INDIA is approx 132000 tonnes/year, we are yet to meet the demand of the market.

The drawback of not having indigenous factories to produce metal powders and the resultant dependence on imports makes for an expensive proposition and depletes market competitiveness.

Foreseeing a future where World economic and technological situations will alter post-COVID, setting up captive plants for in -house consumption and huge standalone manufacturing facilities would help cater to the demands of Indian and Asian markets that are growing rapidly.

With an emphasis on MAKE IN INDIA initiative & ATMANIRBHAR BHARAT by our honourable Prime Minister, the Indian government will incentivise the industry and its end-users to go for indigenous products, processes, and innovative projects.

An initiative by a local giant or a start-up to go for an indigenous process to manufacture Iron Powder would go a long way in taking India towards being a game-changer for the Powder Metallurgy industry and a market leader in the field.