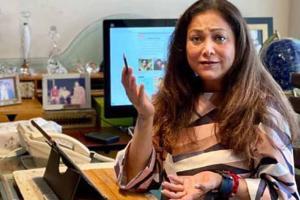 
World Social Media Day is observed to remind ourselves about how social media has changed the world. From connecting with people to sharing our thoughts and giving an insight into one’s life and achievements, social media has brought a revolution in communication.

From small platforms such as Friendster in 2002, MySpace in 2003 and Orkut in 2004 to giants such as Facebook, Instagram, and Twitter, social media has come a long way. It has grown from being a mere tool to stay in touch with friends and families to a virtual platform for holding discussions and debates, looking for jobs, asking for help at the time of distress, sharing knowledge, learning tips and tricks to do daily chores, learning new things — the list is endless.

Today, you will find many people who are using at least one social media platform, be it for sharing photos on Instagram, looking for jobs on LinkedIn or taking a stand and sharing opinions about issues on Twitter and Facebook. And on the occasion of World Social Media Day, they must celebrate the day by posting photos and sharing their thoughts on just about anything.

Just like veteran actress Tina Ambani, who posted on her Instagram and Twitter accounts saying that social media has been a ‘revelation’. The wife of business magnate Anil Ambani has posted two photos of herself sitting in front of a tablet and a desktop in the background. She wrote in her post, “The opportunity to reach out and connect; to share and be informed; to plug into diverse perspectives and experiences… each day brings new learnings. The adventure continues.” She concluded with the hashtag #SocialMediaDay

Social media has been a revelation! The opportunity to reach out and connect; to share and be informed; to plug into diverse perspectives and experiences… each day brings new learnings. The adventure continues! #socialmediaday

Here’s how the netizens marked the day.

Social media makes it possible to stay connected and updated about what's happening around us and worldwide.

Let's use Social Media for the welfare of people, spreading positivity and strengthening our community. pic.twitter.com/rmwjjEOTiF

WHO uses social media to communicate vital health information to millions of people around the world. Are you following us yet on ðÂÂÂÂu00c2u009fÂÂÂÂu00c2u0091ÂÂÂÂu00c2u0087 pic.twitter.com/loOPMV0axp

On this #SocialMediaDay, let us work towards making the virtual world more inclusive and receptive to diverse thoughts in a peaceful and positive way.#SocialMediaDay2020 pic.twitter.com/d8EiUZliQP

How did you celebrate World Social Media Day?

Next Story : Astronaut tweets photos of 'boundary between day and night on Earth'