Alia Bhatt and Ranbir Kapoor are one of the most favourite couples of Bollywood. The new parents, on Wednesday, attended a calendar launch event hosted by the Press club in Mumbai. The couple looked adorable as they posed against wall of memories and spoke to the guests at the event. (All Photos/ Yogen Shah) 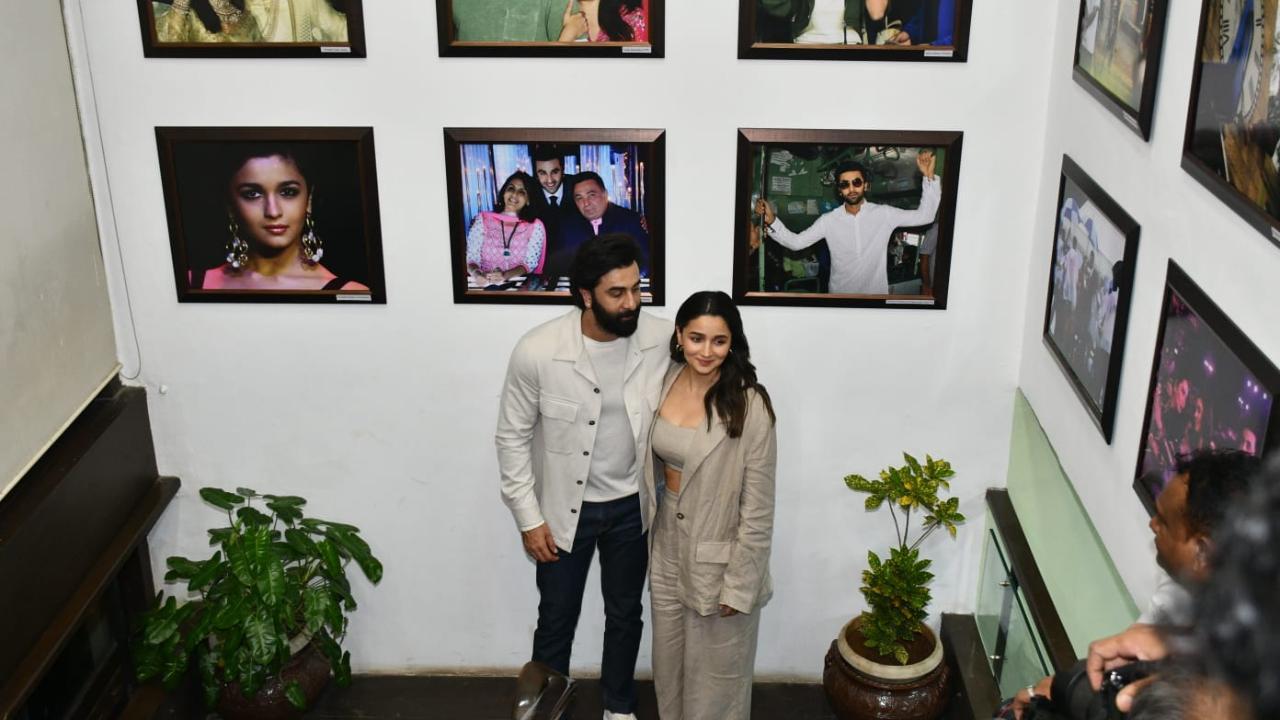 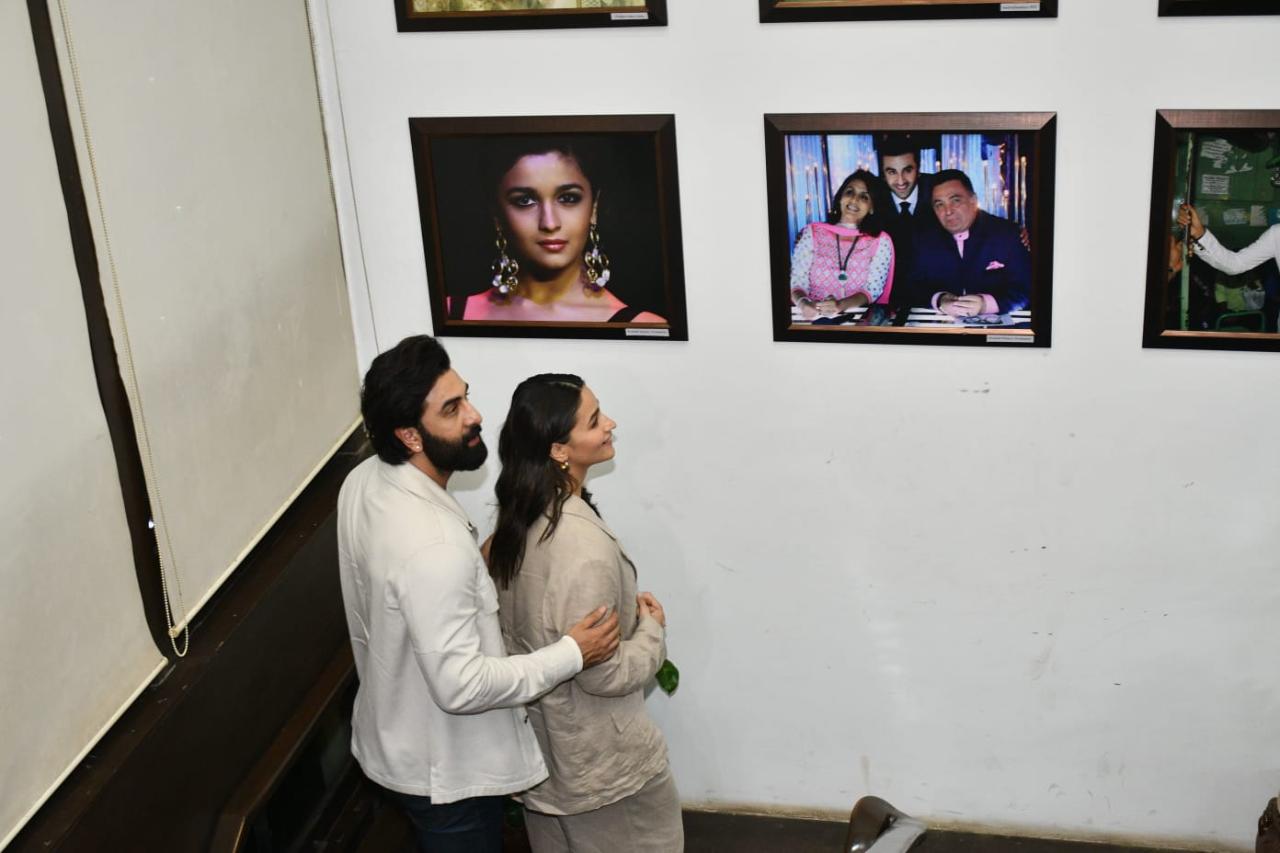 On Wednesday, Alia and Ranbir attended their first press event after the birth of their daughter, Raha. Alia took a break from shoot to spend time with her daughter who was born on November 6 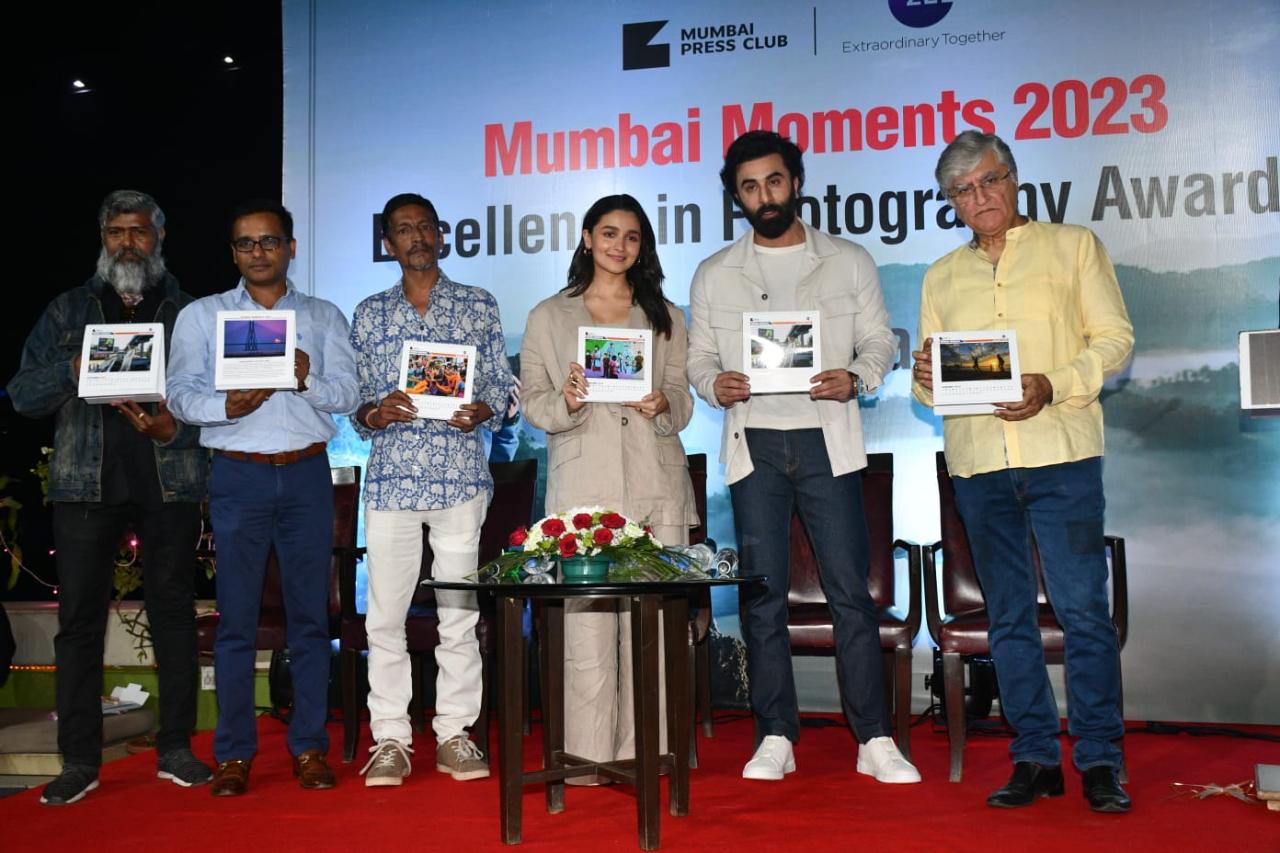 The couple attended the launch of the calendar, Mumbai Moments 2023 hosted by the Press club in the city. The duo posed with the calendars and shutterbugs on stage 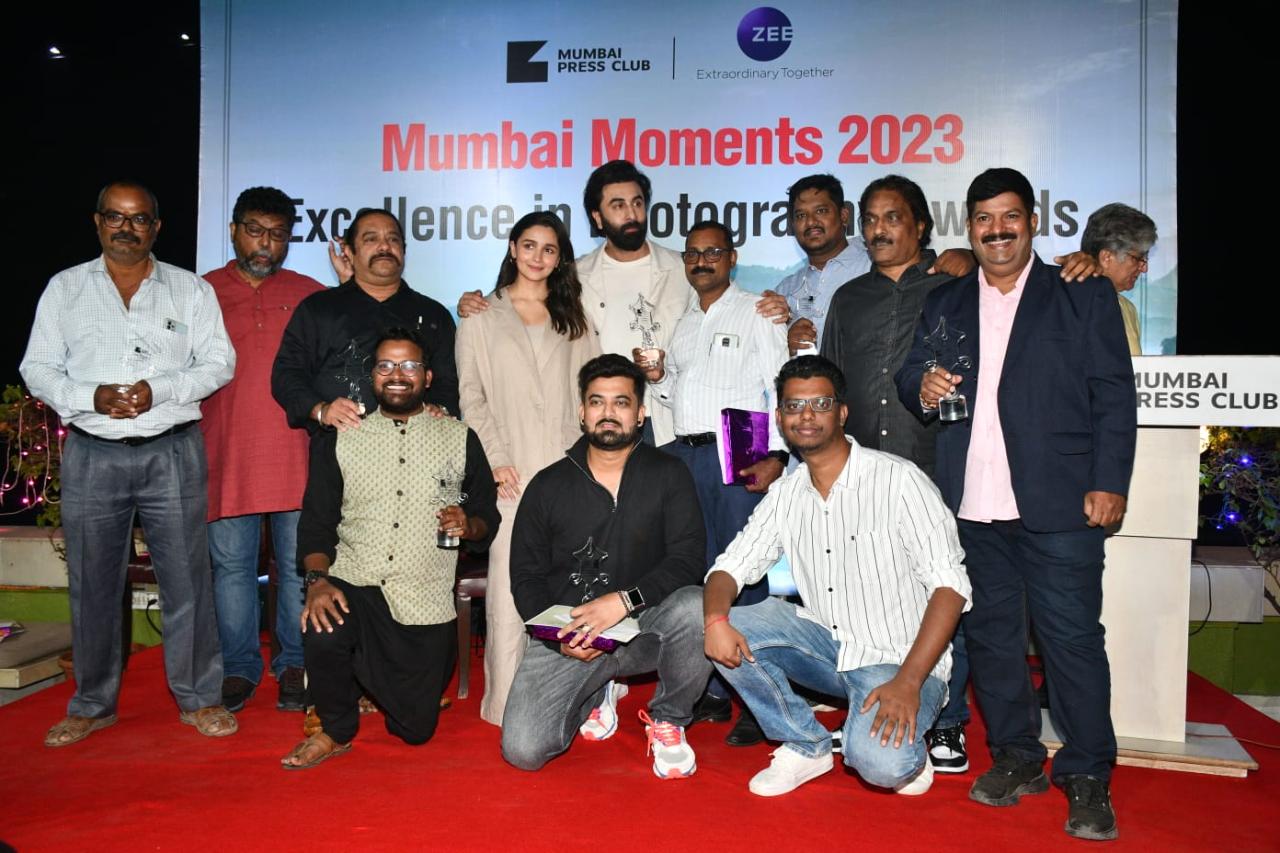 For the occasion, Alia opted for a grey ensemble and paired the look with high heels. On the other hand, Ranbir looked dapper in a white t-shirt paired with a matching jacket and blue jeans 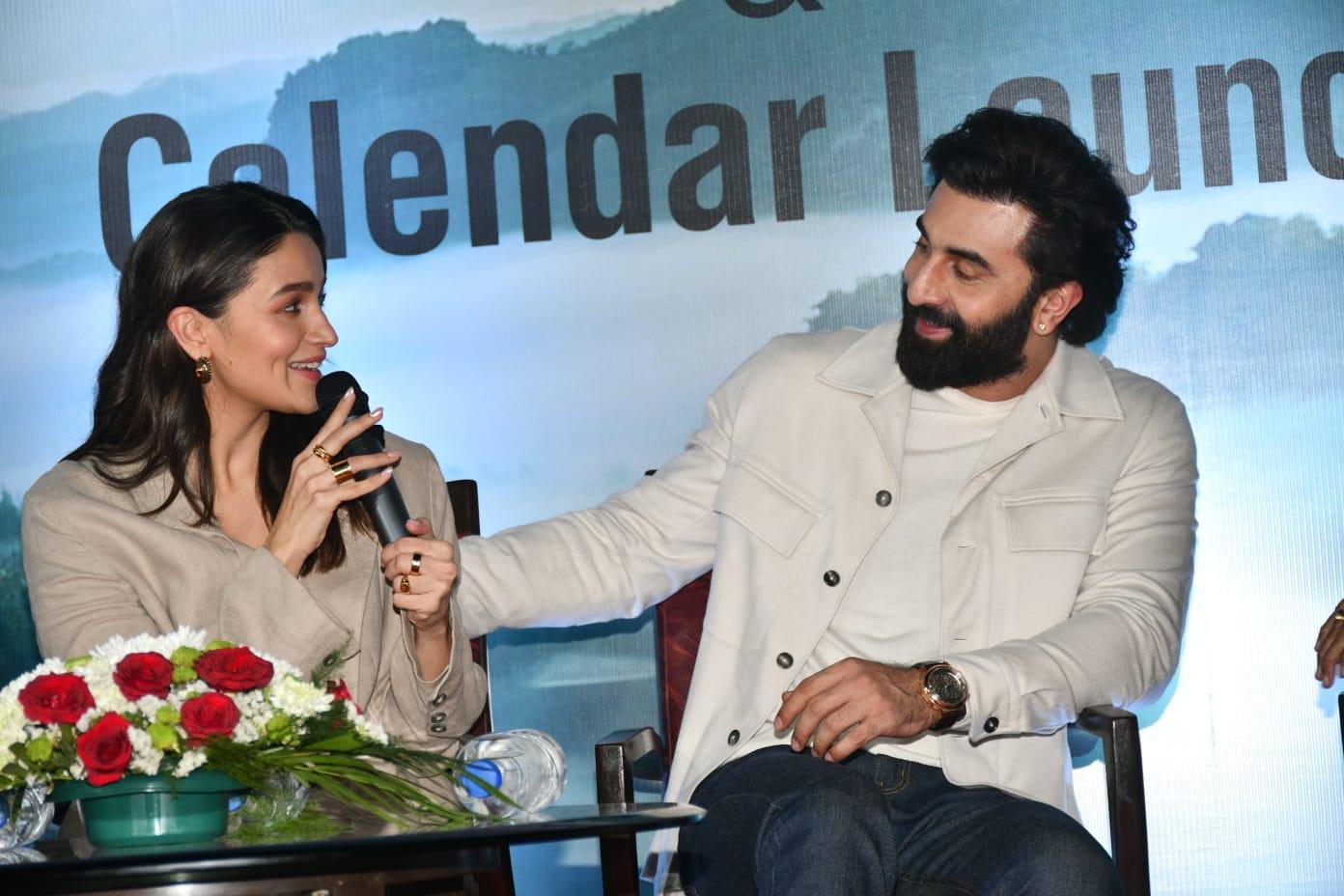 At the launch, the two actors also spoke to the audience. Alia also sang the hit song 'Kesariya' from the film Brahmastra that was released last year 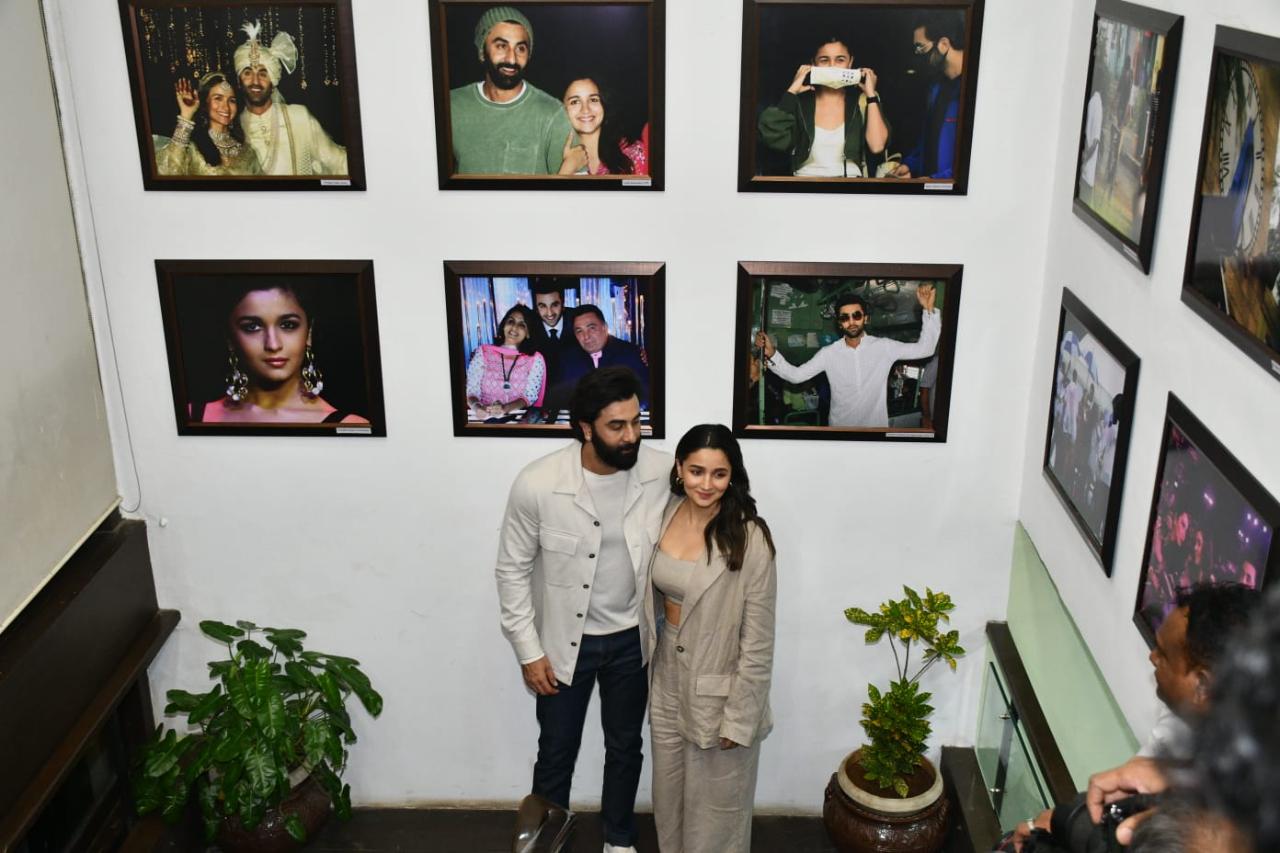 Ranbir and Alia also posed against a wall filled with pictures from their life. From their wedding to Brahmastra promotion days to their candid shots, the wall was filled with their personal memories. There was also a picture of Ranbir with his late father Rishi Kapoor