The problem with 'Free State of Jones' is that its intent is far more academic than cinematic. So the involvement of the audience is largely cerebral (and that too only if you are a history buff) rather than emotional. At the end of this experience you are likely to feel more beleaguered than entertained 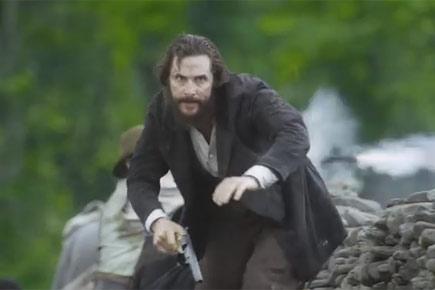 A still from 'Free State of Jones' 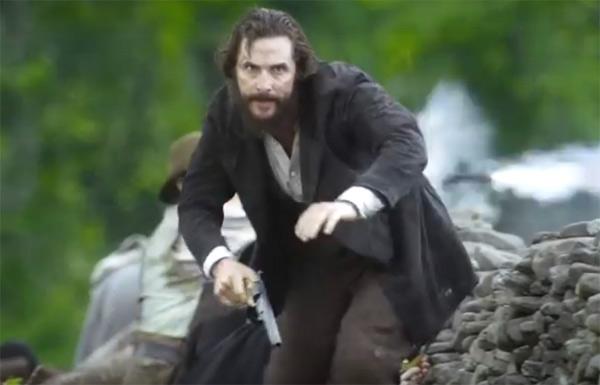 A still from 'Free State of Jones'

In this historical war drama inspired by true events, Matthew McConaughey plays a Mississippi native, Newton Knight, who leads an armed rebellion of struggling farmers and slaves against the Confederacy during the American Civil War.

Writer Director Gary Ross (of ‘Hunger Games’ fame) goes about the representation of history, tip-toeing around racially sensitive minefields while relating the fascinating tale of how a former Mississippi farmer, a medic and a rebel who's both anti-secession and anti-slavery, develops the temerity to lead a rebellion against the confederacy with help from renegade slaves.

The film opens with stinging excesses of civil war carnage. Dixie’s class divide is evident in the scenario put forth where the poor do the fighting on behalf of the rich landowners. Newton who tried to protect his wife Serena (Keri Russell) and failed, gets triggered into his new and noble role of a maverick marauder against his southern brethren, after the death of a youngster he had taken under his wing. Ross’ narration is pretty much full of incident but the ponderous thoughtfulness at the helm makes it a little too sobering. And the abrupt shift to a courthouse where a Caucasian is being accused of being part black, takes much of the adventure and thrills out of this outing. The intention to cram in as many atrocities as possible as well as provide instructional benefits to the audience becomes clearer as the narrative chugs along. The scenes depicting the reconstruction era are pretty much standard issue enumerating on myriad historical negatives like the birth of the Klu Klux Klan, plantations being restored to former owners, slaves getting termed as apprentices, voting rights for blacks being denied and many more. It’s as though Ross was intent on going through a checklist of setbacks before he could bring the film to a close with the resolution of the 1940 (a time leap ahead) court case where Davis Knight (Brian Lee Franklin), a descendant of Newton’s, is on trial for breaking the state’s law against interracial marriage - which of course brings forth its own outrage. The performances are uniformly good, the cinematography is gritty but the tempo tends to lag quite a bit. The drama is also not brought out beneficially. The problem with the film is that its intent is far more academic than cinematic. So the involvement of the audience is largely cerebral (and that too only if you are a history buff) rather than emotional. At the end of this experience you are likely to feel more beleaguered than entertained.

Next Story : Parineeti Chopra lends her voice to Spielberg's 'The BFG'