The father of the victim, along with her mother, two brothers and two more family members have filed the petition 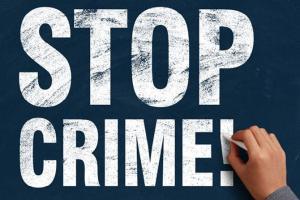 
A petition has been filed in Allahabad High Court on behalf of the family members of the Hathras victim, alleging that the district administration has illegally confined them in their house.

The court has been requested to direct the district administration that the "family members be released from illegal confinement and allowed to move out of their house and meet people". This habeas corpus writ petition, filed by the family members of the victim, is listed on October 8 for hearing.

Om Prakash, who is the father of the victim, along with her mother, two brothers and two more family members have filed the petition.

In this petition, the petitioners have alleged that they were being prevented from meeting or communicating freely, thereby their right to freedom of speech and expression, as well as the right to receive information, is being violated. In the petition, one Surender Kumar, claiming himself to be the national general secretary of the Akhil Bhartiya Valmiki Mahapanchayat, has stated that he was approached by the petitioners over telephone and on behalf of them he has filed the petition.

The habeas corpus writ petition is filed before the high court when a person is illegally detained.

During the court proceedings, if the court finds that the person is illegally detained, then it can order for the release of that person.