Disciplinary action would be initiated against those who disobey the order 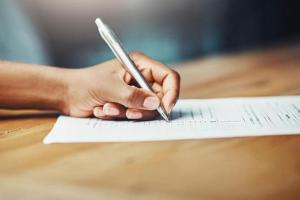 
Government officials and employees in Gwalior division of Madhya Pradesh have been instructed to come to office wearing 'decent and dignified' clothes. They have been banned from wearing 'faded jeans' and 'T-shirt' in office.

Divisional commissioner M B Ojha in an order has asked all officials and employees of the division to wear dignified, decent and formal attire while discharging their responsibilities in the office. Disciplinary action would be initiated against those who disobey the order.

He said that during his visit to Ashok Nagar district, senior officials such as an additional collector wearing faded jeans at the meeting was contrary to the dignity of the post of a government servant and as such inappropriate.

In the letter sent by Ojha to all divisional officials and district collectors of the division, he has said that government servants should come to office only in formal clothes.

Complaints should be sent to the competent officer for disciplinary action against employees who disregard these instructions.

The chief secretary and the chief minister expressed their displeasure at the Mandsaur district magistrate wearing a T-shirt during a review meeting organized through video conferencing under the chairmanship of the chief minister on July 20, 2020.