Shiromani Gurdwara Parbandhak Committee (SGPC) had sent 282 applications for visas but Pakistan granted only 224 visas, while 58 were cancelled 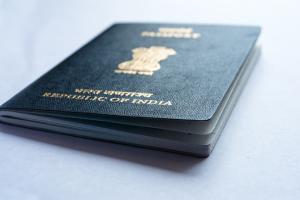 
Amritsar: Pakistan cancelled visas to 58 Sikh pilgrims on Wednesday who wanted to go there to observe the death anniversary of Maharaja Ranjit Singh. Shiromani Gurdwara Parbandhak Committee (SGPC) had sent 282 applications for visas but Pakistan granted only 224 visas, while 58 were cancelled. The pilgrims will be visiting Pakistan tomorrow by a special train from Attari railway station.

Sikhs, whose visa were not approved, protested outside the SGPC office. They demanded that there should not be a visa system. Within the framework of the Pakistan-India Protocol on Visits to Religious Shrines of 1974, thousands of pilgrims from India visit Pakistan to observe various religious festivals and occasions every year.

Top news stories of the day

The Dutch mystery: Missing man kept texting wife's friends after she died
Information about Avdhut Shinde, who is missing since the mysterious death of his wife Sharmila in the Netherlands, doesn't cease to bemuse the couple's acquaintances and the police. Sharmila's friends now say Avdhut was chatting with them over Whatsapp after her death in an attempt to pretend everything was normal. (Read full story)

Mumbai: Student falls off local train after phone thief hits him with iron rod
A 23-year-old student is battling for life after he was allegedly attacked with an iron rod by a robber who snatched his mobile phone while he was on a moving train between Goregaon and Ram Mandir railway station on Monday morning. (Read full story)

BEST bus fares reduced, minimum fare down to Rs 5
After going back and forth on the issue of reducing the minimum fare for buses, the BEST Committee has finally decided to make the base charge Rs 5. The proposal will first be sent to the Brihanmumbai Municipal Corporation (BMC) and then to the Metropolitan Regional Transport Authority for approvals, a process that would take less than a month. As per the new fare structure, price of tickets for regular buses will range from Rs 5 to Rs 20 and for AC buses from Rs 6 to Rs 25. (Read full story)

Sex toys in Mumbai: The pleasure is all yours, so what's the fuss about?
In stark contrast to the hush-hush tones of conversations concerning sex, south Mumbai's Fort area sees an audacious sale of sex toys, complete with prominent displays. Motorised and non-motorised toys adorn the footpath stalls right opposite a court. A visit by team mid-day to this area confirmed the rampant sale of sex toys there. The vendors claim to have been selling these banned products for the past 40 years. (Read full story)

Mumbai biker's Leh death exposes regulation lapse
On June 21, 57-year-old Jojy Cherian, who was in Kargil on a motorcycle trip, sent a message at 6.53am to his son Rohan back in Navi Mumbai that he would soon be in a no-network area and that he was headed to Leh. Seventeen hours later, his family received news of his death in a road accident there. The incident that shook Rohan and his mother, Jessy, has also raised questions on the unorganised two-wheeler expeditions to Leh-Ladakh, which are turning out to be more a ruthless business and less an adventure sport. (Read full story)