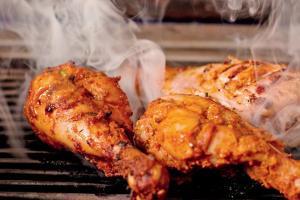 
Geneva: The target of keeping global warming below 2 degrees will not be possible without changes in land use, paired with new food consumption habits such as switching to a plant-based diet, a United Nations report said on Thursday.

The special report on climate and land by the Intergovernmental Panel on Climate Change (IPCC) described plant-based diets as a major opportunity for mitigating and adapting to climate change, and included a policy recommendation to reduce meat consumption. The report said that the West's high consumption of meat and dairy produce was fuelling global warming. But scientists and officials stopped short of explicitly calling on everyone to become vegan or vegetarian. They said that more people could be fed using less land if individuals cut down on eating meat.

"We're not telling people to stop eating meat. In some places, people have no other choice. But it's obvious that in the West we're eating far too much," said Prof Pete Smith, an environmental scientist from Aberdeen University, the UK. The document, prepared by 107 scientists for the IPCC, said that if land was used more effectively, it could store more of the carbon emitted by humans. The extensive analysis urged governments to lay down policies to change the agricultural and forest use of land to tackle climate change.