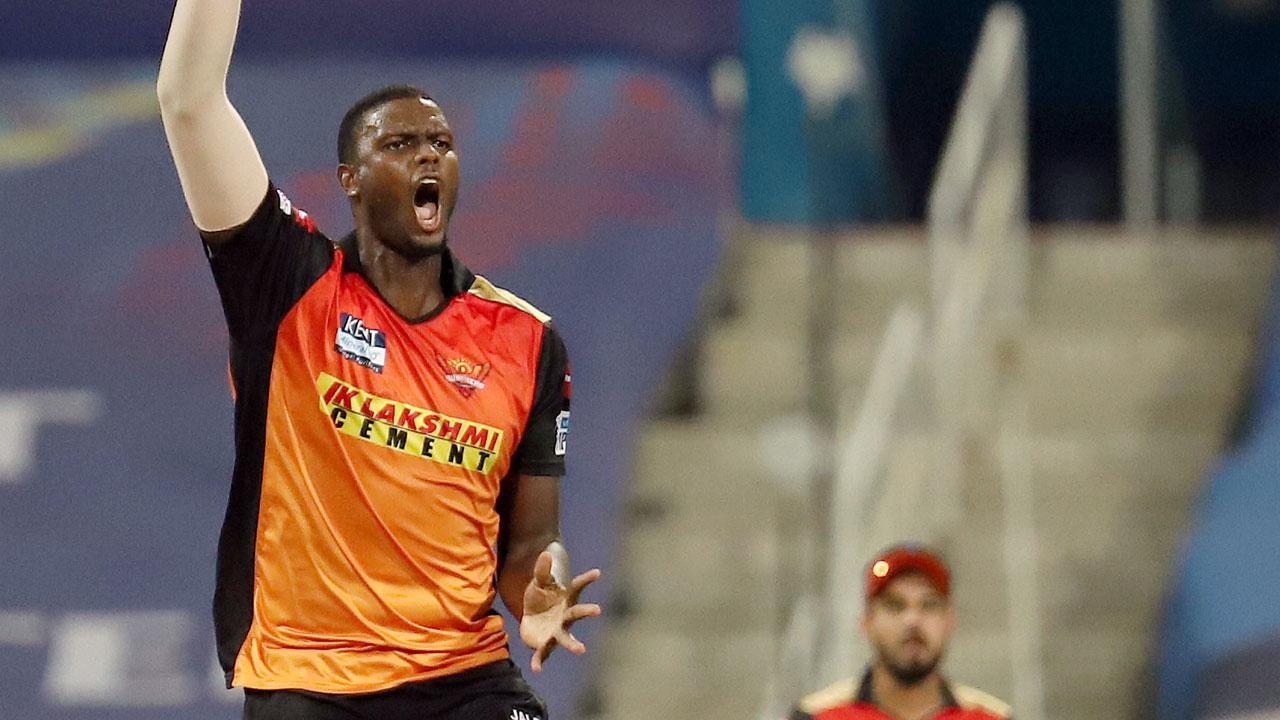 "The first thing to mention is his pace, that is his biggest asset. He has been consistent in training and he has been giving us a hard time in training. He is very hard to get hold of, he has been deceiving the batters through his pace and that extra pace adds a boost to any bowling attack," said Holder during a virtual post-match press conference. "It is good to see his control as well, a lot of guys who have bowled quick over the years, generally they can be erratic but he has been pretty consistent," Jason Holder added.

Umran Malik clocked 153kph to bowl the fastest delivery of IPL 2021 against RCB. Umran Malik achieved this feat in the 4th delivery of the 9th over against Devdutt Padikkal. RCB batter got the outside edge and scored a run on the fastest delivery of IPL 2021. Talking about his own performance, Holder said: "Well I just try to prepare well. Funny enough I did not practice on Tuesday, I tend to watch the footage and see patterns on where I can set the field when I bowl. I think batting is just about the situation, the partnership I formed, in the end, was crucial," he added.

Earlier, Jason Roy played a knock of 44 runs as SRH posted a total of 141/7 in the allotted twenty overs. For RCB, Harshal Patel returned with the figures of 3-33. SunRisers Hyderabad will next take on Mumbai Indians on Friday at the Sheikh Zayed Stadium in Abu Dhabi.

Check out all the latest news and updates on IPL 2021

Next Story : IPL 2021: 'Maxwell was someone we wanted at crease, his run-out 'turning point,' says Hesson