Nithya Menen and Vijay Sethupathi to feature in 19 (1) (a)

Nithya Menen took to Instagram and shared the first look of the film. 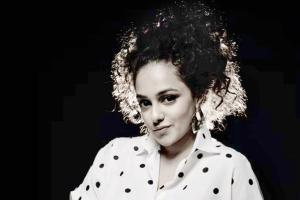 
Actors Nithya Menen and Vijay Sethupathi have announced their latest Malayalam title, "19 (1) (a)", set to go on floors from Thursday. The film, backed by Anto Joseph, is written and will be helmed by Indhu VS, making her directorial debut. Menen took to Instagram and shared the first look of the film. "Announcing an exciting new film! Going on floors tomorrow," she captioned the picture. Sethupathi also shared the same poster on his page.

Billed as a realistic drama, the film also stars Indrajith Sukumaran and Indrans. Menen was last seen on the big screen earlier this year in Tamil thriller "Psycho" and made her digital debut with Amazon Prime Video's "Breathe: Into The Shadows".

Whereas, Sethupathi recently opted out of Sri Lankan cricketer Muttiah Muralitharan's biopic following opposition, with a section alleging that the spinner was a betrayer of the Tamil people and supported the then Sri Lankan President Mahinda Rajapaksa during the 2009 civil war.

Next Story : Love is in the air with producer Shrinivas Kulkarni new song Mann He Vede