A new Indian restaurant in Andheri doesn't knock our socks off, but isn't disappointing either 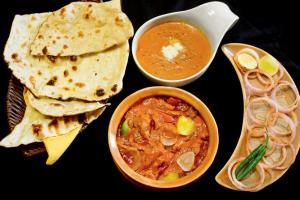 
What is the single most popular desi dish across the world? The answer undoubtedly is chicken tikka masala or, as the British call it, "chicken teeka masyala". Be it in dubious "Indian" restaurants in the UK that are actually run by Bangladeshis or similar establishments in America, Europe and the rest of the world, this food item is so ubiquitous that it's almost synonymous with our cuisine once we leave these shores. But here's the thing. Chicken tikka masala apparently has as little to do with authentic Indian food as a beef steak has to do with fare from Gujarat. A popular theory has it that the dish was in fact invented in a restaurant in Glasgow. There, in the 1960s, a patron complained that his chicken tikka — a kebab made in a tandoor — was too dry. So, the chef racked his brains and came up with an idea. He added canned tomato soup, some spices and yoghurt to the tikka, and served the dish back to the customer in a gravy avatar. The latter lapped it up. The chef realised that he'd hit upon a winning recipe. And thus was born the chicken tikka masala, making its way from Britain's curry houses to places as far off as Japan and, ironically, even India. 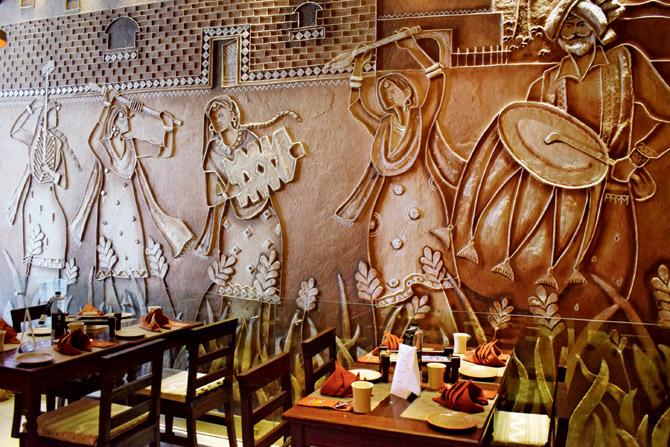 Those are the thoughts running through our head when we place an order for murgh tikka masala at Mulk, a new Indian restaurant in Andheri. But first, a word of caution about getting there. It's best to turn on your GPS to find the place, considering its nondescript location in the nether regions of Lokhandwala. That's what we do, and are told on reaching that there's a 10-minute wait for a table. 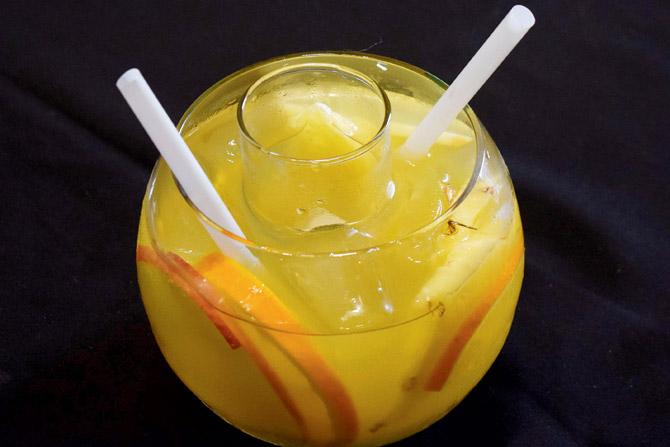 So, the pleasant manager seats us in an adjoining bar area that's separate from the main restaurant. And we have hardly had four sips of a Kingfisher beer (Rs 180) when she returns to inform us that a table is ready. We thus make our way through a connecting corridor to a space that is choc-a-bloc with service staff and families out for a Sunday dinner. They range from a mother-father duo having a meal with their daughter (we are assuming this because the girl is a spitting image of the woman) and three generations of an entire family, complete with nana-nani, chacha-chachi, mummy-papa and the bachchas.

The menu reveals itself to be an out-and-out Indian affair replete with stuff like Amritsari tawa fry machhi and rumali ghaghara chatpata. But we had decided beforehand to keep things simple. Does the place get its basics right? That's the question we want answered.

So, we ask for dal Bukhara (Rs 330) and the tikka masala (Rs 450), along with butter roti (Rs 60) and naan (Rs 90) to mop those up with. The two dishes arrive together and we try the dal first. This particular preparation is a version of the dal makhani, invented at a five-star restaurant in Delhi that it gets its name from. Black urad dal is cooked on a slow fire to give it a certain viscosity, and the dish eschews rajma and chana that also feature in a dal makhani. But does this one sit well on our palate? Not completely, to be honest. For, it's a bit bland, and some more cream would have given it a suitably regal touch.

The murgh tikka masala, though, has the right amount of richness. Moreover, the addition of large chunks of capsicum lends it a certain sweetness that's absent from most other versions. Both the dishes together are heavy enough to fill us up before we finish them off, since we are dining with just one other companion. Hence, we ask for the bill and leave happy with the knowledge that our experience hasn't been disappointing, after all.

And that actually is our overall assessment of Mulk — the restaurant doesn't disappoint. Yes, there are a few glitches (the décor, despite being glitzy, has tacky touches). But the service is excellent. The food isn't bad. The ambience is buzzing. And the next time you decide on a family meal together, you could definitely do worse than choosing this eatery. Except, again, remember to switch your GPS on when you head out.

Mulk didn’t know we were there. The Guide reviews anonymously and pays for meals

Next Story : A haven for watermelons at this festival in Wada