Preliminary investigation and scene of crime suggest that Ashok had asked his father Lala Ram, who had been watching some programme, to switch off the TV 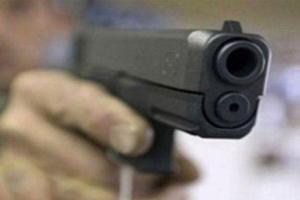 
A retired army personnel has allegedly shot dead his 80-year-old father, who refused to switch off the TV during a late night show. The police said that prima facie, it appeared that a heated argument broke out between Ashok Katihar, the retired soldier and his father Lala Ram as he wanted to turn off the TV. The incident took place in Naseerpur village on Thursday night. "During the argument, Ashok pushed him and later opened fire from his licensed double-barrel gun," said Additional superintendent of police (ASP) Anup Kumar.

Preliminary investigation and scene of crime suggest that Ashok had asked his father Lala Ram, who had been watching some programme, to switch off the TV. When his father refused, there was argument during which Ashok shot him with his gun and escaped. His father sustained serious bullet wounds and succumbed later. Ashok had retired from Army and lives in Naseerpur village along with other family members, including his elderly parents, besides other siblings.

Family sources said that Ashok was an alcoholic and would frequently fight over petty issues.

"An FIR under relevant sections of IPC, including 302 has been lodged in this regard. Separate teams have been formed to arrest the accused, who has been absconding along with his gun since the incident," the ASP said.

Next Story : Man held for killing daughter on occultist's advice in Uttar Pradesh