The first charge sheet is related to the killings of three people - two sadhus and their cab driver, while the second is in connection with the attack on cops 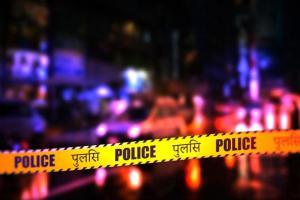 
The Maharashtra Criminal Investigation Department CID has filed two separate chargesheets in the Palghar mob lynching case, in which two sadhus and their cab driver were killed on April 16. The first chargesheet is related to the killings of three people while the second is in connection with the attack on cops, including API Anand Kale and PSI Sudhir Katare, who had reached the spot to control the mob. The chargesheet related to firing by SDPO Bhagwat Sonawane of Jawhar division was not filed till the time of going to the press.

Speaking to mid-day, ADG Atulchandra Kulkarni, chief of Maharashtra CID, said, "Filing of chargesheets is still on and the process is in its last phase." Both the chargesheets have ruled out any communal angle in the incident and have said that the rumour regarding child lifters trying to kidnap kids for their kidneys had led to the barbaric murder of the trio – saints Chikne Maharaj, 70, Sushil Giri, 35, and their cab driver Nilesh Tilghate, 30, on April 16. The trio was on their way to attend the funeral of a saint in Surat from their Kandivli ashram.

According to sources, the findings of the Directorate of Forensic Science Laboratory helped CID to file the chargesheets in detail. However, further investigation into the matter would continue. A senior IPS officer said, "These are provisional chargesheets, the supplementary ones will be filed as and when the investigation concludes."

The CID Team examined 808 suspects and 118 witnesses to collect strong evidence against the accused. In all, 154 people were arrested and 11 juveniles in conflict with the law were detained. None of the accused has been released on bail so far.

Next Story : Portion of building collapses in Marine Lines, no injuries reported