The ship, which had been deployed in Operations Cactus, Parakram and Rainbow, was decommissioned at sunset at the Naval Dockyard 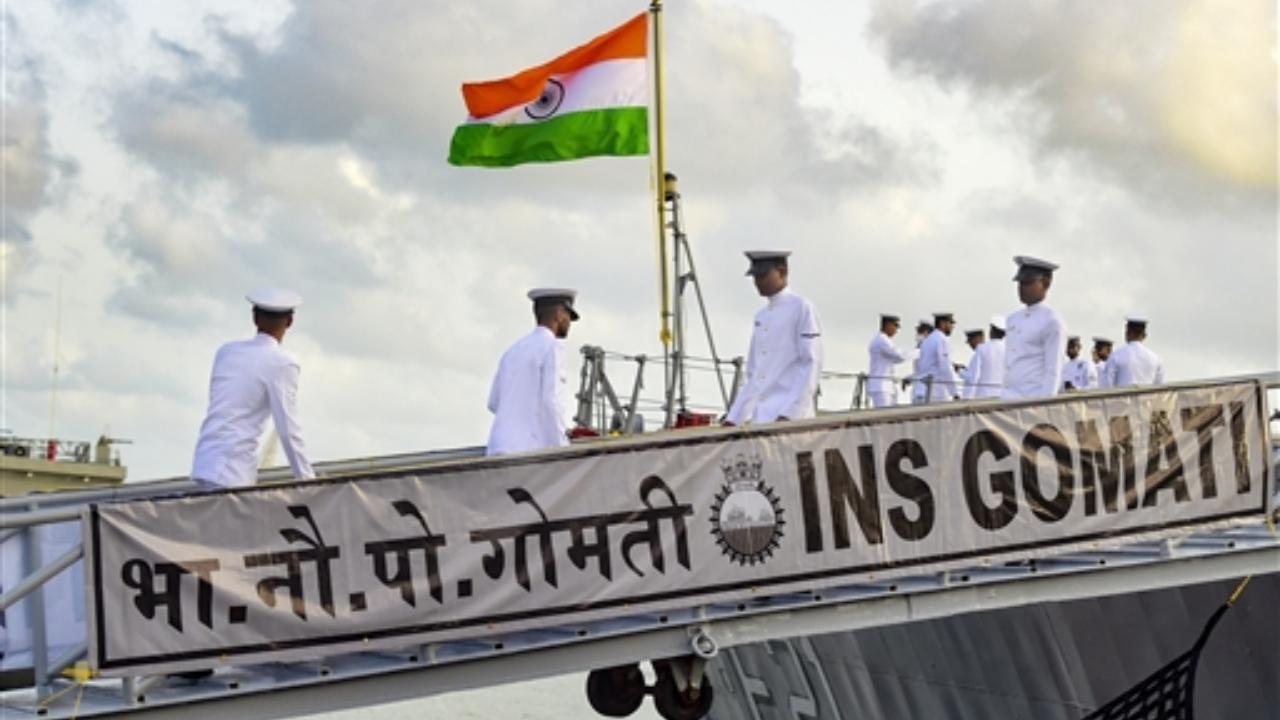 Indian Navy officials during the decommissioning ceremony of the frigate INS Gomati (F21) at naval dock, in Mumbai. Pic/PTI


The Indian Navy on Saturday decommissioned the INS Gomati, a Godavari class guided-missile frigate, after 34 years of service, an official said.

The ship, which had been deployed in Operations Cactus, Parakram and Rainbow, was decommissioned at sunset at the Naval Dockyard here, he said.

Gomati was designed by the Indian Navy and built in an Indian shipyard, and these were initial steps towards an Atmanirbhar Bharat (self-reliant India), said Vice Admiral, Flag Officer-in-Command, Western Naval Command Ajendra Bahadur Singh.

The lessons learnt during the construction of this class of ships helped the Navy develop modern ships today, he added.

Gomati's legacy will be kept alive in an open air museum being set up on the banks of the Gomti river (from which the frigate derives her name) in Lucknow where several of her combat systems will be displayed as military and war relics, Singh said.

This will motivate the youth in the northern region to join the Navy, he added.

The Uttar Pradesh government and Indian Navy have also signed a Memorandum of Understanding for this purpose, Singh added.

The INS Gomati will be commissioned in a new avatar in the Indian Navy, he said.

The present INS Gomati was commissioned on April 16, 1988, by then defence minister K C Pant at the Mazgaon Dock.

The earliest avatar of INS Gomati was decommissioned in 1979.

Next Story : People should wear masks in districts where Covid-19 cases are increasing: Maharashtra health minister