During the virtual session, PCB Chairman Ehsan Mani also updated the BoG on his meeting with the PCB Patron, including discussions around legislation on criminalising corruption in sports. 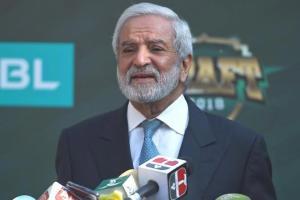 
The Board of Governors of the Pakistan Cricket Board (PCB) held their second meeting of the year via a videoconference in which they approved a PKR 7.76 billion operating expenditure budget for the 2020-21 fiscal year. This was a 10 per cent reduction from the 2019-20 fiscal year as the PCB continued its austerity drive as part of its financial management exercise.

While budgets were reduced in other functional areas, there was no reduction in cricket-related activities as the PCB committed to spending PKR 5.29billion on cricket over the next 12 months. This includes PKR 1.8 billion in High Performance, PKR 1.4 billion on international cricket, PKR 1.4 billion on Pakistan Super League 2021, PKR 109 million on Medical and Sports Sciences, PKR 411 million on women's cricket and PKR 39 million on disabled cricket, as per the PCB release.

The High Performance has the biggest budget as it incorporates domestic cricket expenses as following restructuring, the academies and domestic cricket have been brought under one umbrella. This cost includes players/match officials/curator contracts, domestic events and their prize moneys and academy programmes.

Another significant approval by the BoG was of the PCB Code of Ethics, first time that the PCB has introduced this code as part of its good governance practices and in line with Article 44(d) of the PCB Constitution 2019. The Code deals with matters such as conflict of interest, declaration of interests and confidentiality, with the sole purpose being to safeguard the integrity and the reputation of the PCB as the custodian of the game in Pakistan.

During the virtual session, PCB Chairman Ehsan Mani also updated the BoG on his meeting with the PCB Patron, including discussions around legislation on criminalising corruption in sports.
Mani submitted a draft proposal, which provides a short background on the menace of corruption and its impact on the integrity of sports; reviews the existing legislation enacted within Pakistan whilst noting that the same fails to adequately target and address corruption/illegal manipulation in sports; recommends the inclusion of certain provisions which, specifically target criminalisation of corruption in sports., illegal manipulation, betting, match and spot-fixing as well as aiding and abetting such conduct; and proposes the penalties to be imposed on individuals found guilty of engaging in such offences.