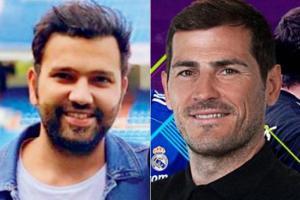 Earlier in the day, the former goalkeeper announced his retirement from professional football. The 39-year-old Spaniard who was with the Porto made the announced through social media.

Casillas played 725 matches for Real Madrid during 16 seasons in which he won 19 titles including five Spanish Leagues and three European Cups.

In Portugal, with Porto, he won 2 Portuguese Leagues and 1 Supercup. And he has been capped by Spain 167 times, where he won a World Cup, two European Cups and an Under-20 World Cup.