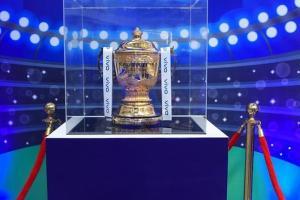 
Chinese mobile phone company Vivo is likely to pull out as the Indian Premier League's title sponsor for this year and is in talks with the BCCI for an "amicable separation" amid rising Sino-India diplomatic tensions. The one year pullout could be treated as a moratorium period and if the relations improve, BCCI may look at inking a fresh three-year deal with the company from 2021 to 2023 on revised terms. The IPL will be held in the UAE from September 19 to November 10 this year.

"Yes, the discussions are on between BCCI office-bearers (president Sourav Ganguly and secretary Jay Shah) with the representatives of the company. There is a possibility that Vivo will not be title sponsors for one year," a senior BCCI official told PTI on conditions of anonymity.

Chinese sponsorship became a bone of contention after the BCCI declared it would review the deals following the violent clashes between the armies of both the countries in eastern Ladakh. The clash, which led to the killing of 20 Indian soldiers, triggered public outrage and led to calls of boycotting Chinese companies and products.

While the IPL Governing Council on Sunday retained all the sponsors, including Vivo which annually pays Rs 440 crore (approximately) as part of a five-year deal lasting till 2022, there is a strong possibility that the company might part ways for a year. The Board official PTI spoke to said that whatever a decision is taken, it will be amicable and BCCI is not looking at encashing the bank guarantee.

"In different circumstances, if the sponsors don't keep commitment, BCCI can encash the bank guarantee which it had earlier done in case of errant franchises. But here, both parties are looking at an amicable escape route," the official said. There were questions raised on the BCCI's decision to retain Chinese sponsors even as the union government banned close to 60 Chinese apps and social media platforms.

"These are sensitive times and need a cautious approach. Once you had said that you will review sponsorship and then did nothing about it, would raise a question mark over your intent on dealing with the Chinese companies," the official said. The BCCI is already in talks with a couple of Indian companies who are believed to be interested in a short-term sponsorship deal -- one year period.

"It will be difficult to make up the full amount (Rs 440 crore) in such a short time with the tournament being held overseas. Also, there won't be much traction in an empty stadium. But we will come to that once VIVO officially quits," he said.

Mid-Day is now on Telegram. Click here to join our channel (@middayinfomedialtd) and stay updated with the latest newsThis story has been sourced from a third party syndicated feed, agencies. Mid-day accepts no responsibility or liability for its dependability, trustworthiness, reliability and data of the text. Mid-day management/mid-day.com reserves the sole right to alter, delete or remove (without notice) the content in its absolute discretion for any reason whatsoever

Next Story : Shreyas Iyer does some 'sole searching' amid lockdown